Texas has led the nation in recent economic growth, and one facet of its success is reflected in the amount of investment it attracts from foreign nations. 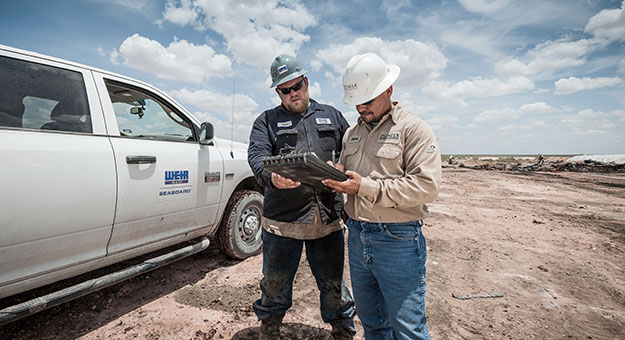 Foreign direct investment (FDI) occurs when a foreign company finances a U.S. business enterprise, through activities such as the opening of new facilities or the expansion of existing ones (called “greenfield” investments) as well as joint ventures, mergers and acquisitions (called equity investments). FDI creates new jobs and can introduce innovative technologies, management strategies and workforce practices.

It’s easy to see why companies choose to invest in Texas, a state that perennially appears at or near the top of rankings for business climate. In 2013, Texas attracted $26.4 billion from around the world, or more than 12 percent of all FDI in the U.S., according to the Financial Times and Bloomberg, and ranked third in the nation for FDI investments between 2009 and 2013, behind only California and New York.

About 22 percent of Texas' foreign investment projects come from U.K. firms. At present, more than 204 U.K. companies have nearly 484 operations in the state.

The Governor’s Office reports that 229 U.K. greenfield and equity projects were initiated in Texas from 2009 to 2013, with energy as the leading sector for investment. These projects involved investments of nearly $23.5 billion.

Note: Greenfield projects involve the construction or expansion of facilities in Texas.

And their impact has been quite substantial. According to the Brookings Institution, U.K. investments accounted for an estimated 87,800 Texas jobs in 2011, or about 19 percent of all employment with foreign companies in the state.

One U.K. energy company operating in Texas is the Weir Group, an engineering firm specializing in minerals and oil and gas production.

The Weir Group initially expanded into Texas in 2007 by acquiring SPM Flow Control Inc. Its continued growth in Texas is the result of multiple mergers with and acquisitions of Texas businesses, including Mesa Manufacturing in Odessa and Seaboard Holdings in Houston. The Weir Group has invested more in Texas than in any other state.

Since 2007, Weir has spent about $1.8 billion in acquiring Texas businesses and invested another $200 million on its operations in the state. In all, the company generates about $1.25 billion of revenue annually from its Texas operations.

U.K. investments accounted for an estimated 87,800 Texas jobs in 2011, or about 19 percent of all employment with foreign companies in the state. 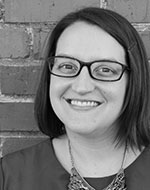 Leah Mayo
Head of Trade and Investment
for UKTI in Houston

In Texas, the Weir Group spends approximately $230 million on payroll and supplies annually. Most of the company’s 1,332 employees in the state are Texans who earn average annual salaries of $90,000, nearly twice the 2014 average Texas wage of $45,333 reported by the Texas Workforce Commission.

“We’re big believers in business being run by people who are in the markets and the locations where they're from,” says Andrew Neilson, Weir’s director of Strategy and Corporate Affairs.

Neilson says his organization has found Texas an especially appealing location for many of its operations, echoing the many surveys that place the state at or near the top for business friendliness.

“Texas is one of the better places to do business,” he says. “The combination of taxation, planning, labor laws and the like are all sensible and let us manage our business as best we can.”

Texas also benefits from its world-class energy sector, says Leah Mayo, head of Trade and Investment for U.K. Trade & Investment (UKTI) in Houston. (UKTI is the commercial arm of the U.K. government, which works with U.K. businesses to ensure their success in international markets.)

“If you're in oil and gas, you know you need to come to Texas,” Mayo says. 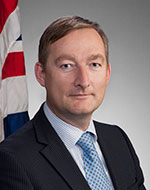 Neilson echoes her sentiment. “Our strategy is to be close to end customers and the markets they're in, so having something in Texas made sense to us,” he says.

“Texas is a major economy in its own right, larger than South Korea,” Millar says. “There is a real sense that Texas is a growing economy and companies want to get involved in that.”

Despite its success in attracting foreign companies, some barriers remain that may discourage potential investors in Texas.

“One of [companies'] biggest concerns is finding their workforce,” says Michael Treyger, manager of the International Business Office at the Texas Governor’s Office, noting that some trained trade workers are relatively scarce in the state. 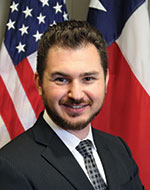 In addition, despite consistent Texas investments by U.S.-based technology giants such as Dell and Google, Mayo says that some foreign companies have preconceived notions about the strength and sophistication of some of the state’s industries, such as its technology sector. On the international stage, Texas energy still overshadows other industries.

Despite such challenges, Millar says Texas is well positioned for continued success.

“Texas has a unique brand in the U.S.,” he says. “Texas is big, it’s out there and it celebrates its success. Events like Formula One and South by Southwest are making people aware of Texas in a different way, more than the traditional cowboys and oilmen.”

As the Texas economy continues to diversify, the state can create a more robust brand.

Until then, the Weir Group continues to be satisfied with its Texas expansion.

“For us, Texas feels like a second home,” Neilson says. FN