The wheels started coming off Detroit’s once unstoppable automotive industry some four decades ago, and the trend only accelerated in recent years. More than half of its jobs vanished between the late 1990s and 2012. 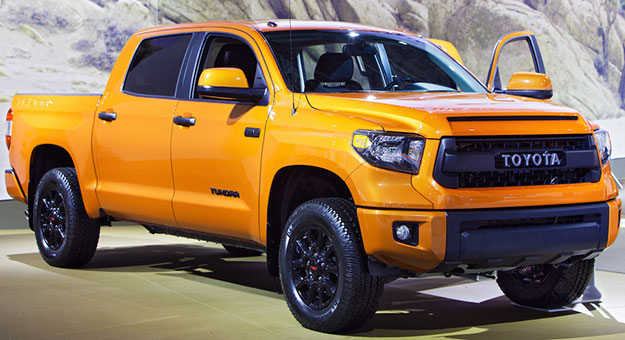 But while Michigan’s auto plants were being shuttered, Texas was opening doors. The state’s positive business environment has encouraged several major manufacturers of autos, parts, engines and commercial vehicles to put down roots in our state, including Peterbilt, GM, Toyota and Caterpillar. 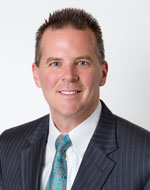 “With proximity to interstates and major highways, North Texas serves as a convenient, cost-effective point of origin to serve our more than 300 dealer locations,” says Leon Handt, assistant general manager of operations for Peterbilt Motor Company in Denton. “Texas has a deep resource pool for skilled, educated employees,” he says, adding that the relatively low cost of living helps Peterbilt recruit and retain workers here.

“And Texas is proactive in attracting and keeping corporations,” Handt says. "Government at all levels — local, county and state — creates collaborative relationships with companies and provides incentives to conduct business here."

Texas is second only to Michigan in the value of its automotive exports.

Roll over the chart for specific values.
Download chart data. 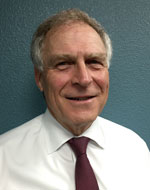 For McAllen, the city’s location is a big draw.

“As a Border community, we focus on developing both sides of the river,” says McAllen Economic Development Corporation (EDC) President and CEO Keith Patridge. “We look at McAllen and Reynosa [Mexico] as one metro area with a river running through it. The south side has some of the most competitive labor rates in the world. And the north side is the largest market in the world.”

McAllen EDC has used that cost-competitiveness to attract automotive companies to the area. “Over the 27 years the EDC has existed, we've recruited more than 650 companies to McAllen and Reynosa, and 55 to 60 of those are automotive suppliers.”

In Bexar County, the 2003 launch of the Toyota Tundra manufacturing plant was accompanied by the arrival of major suppliers to the company, several of which teamed with local partners to assist them in becoming direct suppliers to Toyota as well.

“Part of what makes a plant efficient is the density and proximity of its suppliers to the mothership,” says David Marquez, executive director of Bexar County Economic Development. “That reduces the cost of logistics and the risk associated with supply chain distance.”

The Bexar EDC has taken this concept to the next level by creating the Texas-Mexico Automotive Supercluster (TMASC), a public-private initiative with both Mexican and American partners that promotes the growth and development of the region’s automotive industry (see sidebar below).

Texas ranks sixth nationally in automotive manufacturing employment, and second in the value of its exports of transportation equipment.

Today, the U.S. is seeing some resurgence in auto manufacturing. Some competing nations have seen their costs and regulatory burdens rise, while in the U.S. energy and transportation costs have fallen and streamlined technical processes have improved productivity. The upturn has even resulted in “reshoring,” the return of some manufacturing jobs to America.

But Texas will need an adequate employee base to keep its share of the automotive industry in motion. The state’s relatively high birth rates and young workforce equate to a large supply of labor that should continue into the foreseeable future. In McAllen, for instance, Patridge reports that the average worker’s age is around 28.

And we need more workers with specialty skills, Marquez says.

“Someone who can run an automotive welding robot or a totally automated, multi-spindled lathe — that’s a rare skill,” he says. “It takes more than a short class to produce a skilled journeyman.”

Patridge concurs this is a challenge in McAllen. “We’re working closely with South Texas College, the University of Texas at Rio Grande Valley and public schools, reaching down into middle school to start focusing kids on opportunities that exist in technical areas.”

School districts that have eliminated technical training programs may revive them for students working toward the business and industry endorsement.

Both Patridge and Marquez specifically mention a fairly recent development in Texas education.

Under the 2013 Texas Legislature’s House Bill 5, high school students can earn credit toward graduation by pursuing their interests in one of five elective tracks (although some school districts do not offer all five). Ninth-grade students now are required to select a specific area of study, called an “endorsement,” which will help prepare them for college, technical school or the workplace.

Supporters hope school districts that have previously eliminated technical training programs may revive them for students working toward the business and industry endorsement.

For the automotive industry, HB 5 means coursework in areas such as welding and automotive technology can count toward graduation. Students also may be able to earn industry-recognized licenses or certifications. And districts can partner with community colleges and industry to develop courses that address workforce needs and provide technical training.

Patridge says this is the skills development the industry wants — “High school juniors and seniors [who] are working toward an associate’s degree while in high school.”

Training on the Job

Of course, many manufacturers have their own employee training programs.

GM has several initiatives that encourage and support education in science, technology, engineering and mathematics (STEM) and other fields important to the automotive industry.

“Our Buick Achievers Scholarship Program has awarded more than $2 million in scholarships to 72 Texas students since the program began,” says Ferguson. The scholarships are available to students attending accredited four-year colleges and universities.

Strategies for a Strong Future

The outlook is bright for Texas’ automotive industry. In McAllen, that means support companies.

“[Last summer] we had 120 Japanese supplier companies all in town at the same time,” Patridge says. “We’re currently working to bring in another 100 to 110 suppliers to show them what we have to offer. By maintaining our supplier presence, we hope companies will continue to look at the border as a strategic location to serve auto clusters both in the United States and Mexico.”

He also hopes the region will attract more applied research and development (R&D), an important and well-paid aspect of the industry. Four Japanese companies are already undertaking R&D activities in the McAllen area.

TMASC plans to update its 2012 market study and develop a new collaboration strategy to build renewed interest in the initiative.

“We're ready to get back out there with our message,” Marquez says.

But Texas will need skilled workers, and recruiting the best talent will play a vital role.

“Training is a critical part of the solution, but the rest lies in attracting people from around the country or around the world to generate economic activity in Texas,” Marquez says.

“Companies need to come up with creative ways to recruit,” he says. “We should use the same strategies we use to attract companies to attract employees with the skill sets we need. That’s a critical, competitive element.” FN

When Toyota came to San Antonio in 2005, “it was like coming to the frontier without their backups,” says David Marquez, executive director of Bexar County Economic Development. Where would they find the suppliers needed to keep the production line going?

It was time for Marquez’s office to get creative.

Bexar County Economic Development did more than that, though. It created a binational, collaborative marketing strategy to bring manufacturers and suppliers together: the Texas-Mexico Automotive Supercluster (TMASC).

The TMASC initiative is focused on the supply chain, says Marquez (see table below). “Toyota wanted its Tier 1s to be as close as possible. The Tier 1s want their Tier 2 suppliers to be close. These Tier 2s need to be where they can serve multiple customers. But having only one plant in the area [Toyota] didn’t represent enough volume for these suppliers to justify building in Texas.”

“That drove us to start thinking about the original equipment manufacturing plant as the supply chain nexus: all these rivers of supplies converging on south Bexar County,” Marquez says. “It became obvious that the goal had to be building this industry in Texas.”

And to do that, TMASC needed to get Mexico’s automotive industry on board.

“In North America, 80 to 90 percent of Tier 1 suppliers are within 400 miles of the plant,” Marquez says. “If you draw that circle around our Toyota plant, you didn’t find much there in the U.S.”

But five Mexican states fall within that 400-mile radius, and many of Toyota’s Tier 1 and 2 suppliers are in Mexico. (These suppliers existed in Mexico before Toyota located in San Antonio.)

“We needed to include facilities in Mexico to show companies an accurate picture of the market and the benefits of our local economy,” Marquez says. “We needed Texas and Mexico to win more manufacturer battles. Even though San Antonio had Toyota, this would help convince other manufacturers to come to the Valley, Waco, Houston or even into Northeastern Mexico to add industry depth and density.”

TMASC’s efforts continue today, as its stakeholders and partners share market intelligence and collaborate on foreign investment projects. The group also pursues the heavy truck, other transportation and Tier 2 supply industries — anything that will help build volume.

“We've had successes throughout, including the arrival of [Toyota] Tacoma production to the San Antonio plant,” Marquez says. “But the industry is in a real North American growth mode, with Kia announcing a plant near Saltillo, and BMW building one in San Luis Potosí. It’s high time for Texas to get its share.”

Marquez says you have to first convince the automotive manufacturers that you have a place where they can do business, but ultimately the goal is to tackle and resolve problems in a strategic way.

“We think we’ve influenced a lot of what’s going on in this community that the city, workforce and even Toyota are picking up on. We’re still sold on the TMASC effort as a prospect-generating exercise for the state, and those regional wins will ultimately benefit our Toyota plant.” FN 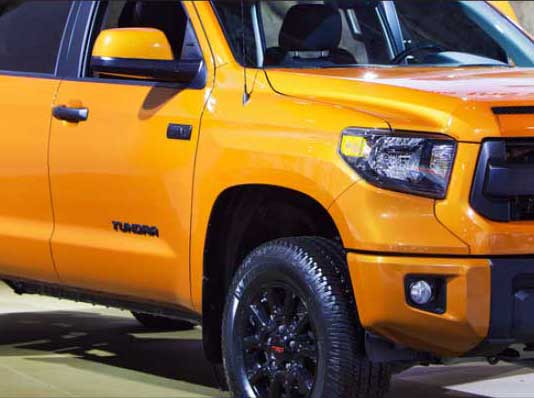 The Original Equipment Manufacturer (OEM) is the company that makes the final product (for example, GM or Toyota). 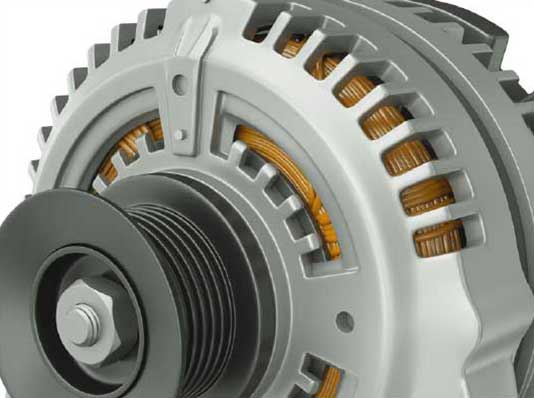 TIER 1 companies supply major parts (such as starters or generators) directly to an OEM, and typically are located in close proximity to the OEM’s facilities. 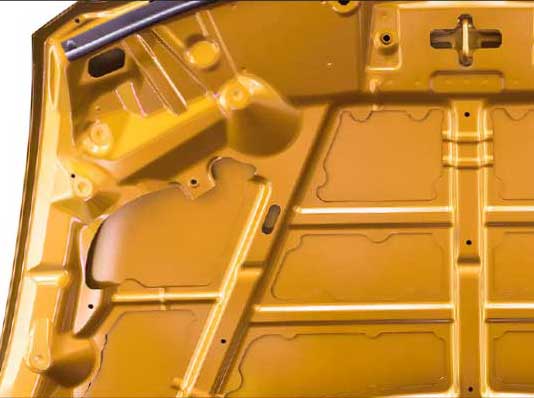 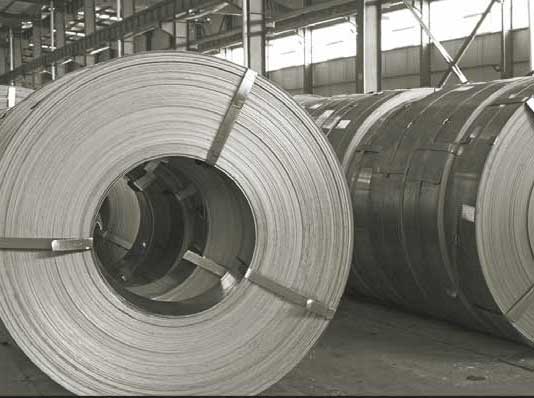 TIER 3 companies supply Tier 2s with raw material, such as steel or copper.