In the near future, Mexico’s energy industry will undergo a seismic shift — and so will Texas.

For the first time since Mexico nationalized its energy production in 1938, Texas’ top trading partner is opening most of its oil and gas (O&G) fields to private development. The Mexican government is hoping to lure new investment to reverse years of lackluster performance and boost its primary revenue source.

Despite its ample resources, Mexico is a net importer of refined petroleum products. In May 2014, The Wall Street Journal reported that Mexico had begun running a negative petroleum trade balance with the U.S. for the first time in 40 years.

The resurgence of the U.S. energy industry has had worldwide effects on energy production. The Western Hemisphere is “the new center of gravity for oil and gas production,” declares the Atlantic Council’s Robert E. Manning. And Mexico, America’s second most-important trading partner, wants to cash in. 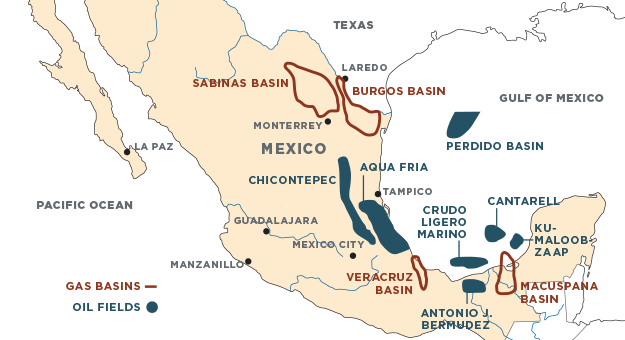 The Mexican government is hoping to lure new investment to reverse years of lackluster performance and boost its primary revenue source.

So much of Mexico’s energy resources remain untapped that the U.S. Energy Information Administration believes its crude oil production will increase by 75 percent by 2040. Some industry insiders think serious drilling activity in Mexico is three to five years away, however, due in no small part to the recent plunge in oil prices. And, as any wildcatter knows, success is by no means guaranteed.

Mexico is developing a regulatory structure for independent producers. Other issues concerning equipment, infrastructure, security and liability must be resolved as well.

Unsurprisingly, the world’s largest energy companies are expected to compete for many of the new opportunities, especially the riskier, costlier ventures. Likely players include BP, Chevron, Royal Dutch Shell, Brazil’s Petrobras and Irving’s ExxonMobil, which signed a cooperative agreement to exchange information with Pemex in October 2014.

But the majors won’t have it all to themselves. In late September 2014, Australian producer BHP Billiton Ltd. announced it had signed a preliminary agreement with Pemex to exchange deepwater expertise and information. Noble Energy Inc., a Houston independent, reportedly has expressed interest as well. 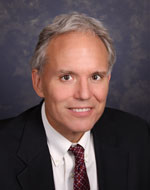 Asian companies are queuing up too, including India’s ONGC. During a trip to China last November, Mexican President Enrique Peña Nieto announced $5 billion worth of planned Chinese investments in Pemex projects.

Because Pemex wants to enhance recovery from its older, less productive fields, opportunities abound for O&G service companies such as Schlumberger, Weatherford, the soon-to-be merged Halliburton and Baker Hughes — all with headquarters or corporate offices in Houston — and Fluor, based in Irving.

Service contractors that have been working with Pemex since some modest legislative reforms in 2008 are the most likely to capitalize early on. Conversion to joint ventures (JVs) with Pemex should make billions more available to Mexico for exploration and production.

Mexico needs upgraded technology and greater expertise to extract oil and gas from “tight” (semi- or non-permeable) formations. Texas is the “epicenter” of this technology, says John Auers, executive vice president of Turner, Mason & Company, a Dallas engineering consultancy. Consequently, Texas has the most companies capable of assisting Mexico, Auers says, adding that it’s “catching the U.S. industry at a good time.”

Mexico offers mature fields (both on- and offshore), deepwater drilling opportunities and tight shale plays — and all three sectors are likely to see new production.

Mexico offers mature fields (both on- and offshore), deepwater drilling opportunities and tight shale plays — and all three sectors are likely to see new production. All but one of its producing areas are located in the eastern part of the country, in an arc stretching from the Texas border to the Yucatán Peninsula.

The majority of its mature fields and tight formations straddle the coastline. “Shallow” offshore drilling (in 400 meters of water or less) occurs mainly near Tampico and then south and eastward, as well as in the Perdido Basin a few hundred miles due east of Matamoros, opposite Brownsville.

Deepwater drilling (400+ meters) — common in the Gulf of Mexico’s northern half, but virtually nonexistent under Pemex — could span much of the gulf’s southern region, encompassing most of the Bay of Campeche and extending east to northern Yucatán.

Among Mexico’s top priorities is rejuvenating its aging Cantarell Field in the bay’s eastern section. Once the world’s third-largest oil reserve, it has been producing up to 25 percent water recently, causing officials to revise production reports downward. This type of play should appeal to the major integrated oil corporations, Auers says, as well as larger independents such as Houston’s Occidental Petroleum and The Woodlands' Anadarko. Pemex hopes to have several JVs in Cantarell by year’s end.

Four-fifths of Mexico’s oil production comes from its mature fields, mainly shallow offshore sites. To supplement them, Pemex is actively exploring deepwater areas in the Perdido Basin and has announced several discoveries in ultra-deepwater (1,500+ meters). Pemex plans to seek deepwater partners and will allot two partnerships for the more challenging ultra-deepwater exploration.

Another longer-term goal is greater exploration of tight rock formations. Mexico shares the Eagle Ford shale with Texas, for instance, but has drilled only about 20 exploratory wells on its side.

Mexico shares the Eagle Ford shale with Texas, for instance, but has drilled only about 20 exploratory wells on its side.

Some international independents may try to do business across all three sectors, Auers says, especially inland. More than half of the oil blocks up for auction are located northeast of Mexico City in the underachieving Chicontepec Basin. Pemex hopes new operators will succeed where previous contractors have failed to boost production in this geologically complex, technologically challenging region.

Mexico’s plans for its energy resources may pay large dividends for Texas.

Economists at BBVA Compass, a U.S. commercial bank having the same corporate owner as Mexico’s largest bank, estimate that by 2018 Texas could gain about 217,000 jobs and $45 billion in additional gross state product from Mexico’s energy reforms. Of that, South Texas could add more than 40,000 jobs and $5.6 billion in economic activity.

Mexico’s plans for its energy resources may pay large dividends for Texas.

It should be noted, however, that BBVA’s estimates were prepared before the precipitous drop in oil prices seen in recent months, and include assumptions such as a “smooth adoption of new technologies” and effective regulatory implementation on Mexico’s part. Its analysis also doesn’t touch on the possibility that significant increases in Mexican drilling might redirect resources away from Texas, thus having an offsetting effect on the state’s production.

Mexico refines relatively little of its own crude, and experts think its refining activity is unlikely to expand anytime soon. But if larger regional facilities max out capacity, increased production could mean more business for smaller Texas refineries, says Tom Fullerton, an economics professor at the University of Texas at El Paso.

As for human resources, Jesus Cañas, an economist at the Federal Reserve Bank of Dallas, sees plenty of training opportunities for Texas companies despite possible logistical problems and skilled labor shortages. Noting that shale O&G deposits often are in rural areas, his colleague Michael Plante envisions an influx of foreign workers creating boomtowns in Northern Mexico similar to those in the Texas Eagle Ford area.

The Mexican government has said it needs $230 billion for energy projects in the next five years.

Mexico’s oil and gas reserves are among the world’s largest, but its actual production has been falling for years.

Some analysts and investors are less bullish on Mexico’s ambitions, however. The University of Oxford’s Institute for Energy Studies has called Pemex’s growth projections unrealistic. In a June 2014 paper, it argues that new production won’t offset ongoing declines and that Mexico’s deepwater reserves can’t be tapped in an economically competitive way — a critique that may seem prescient now, given current oil prices.

Successful denationalization will require huge outside investments. In April 2014, business strategists at the Boston Consulting Group estimated that fully developing Pemex’s reserves would cost $830 billion. The Mexican government, in turn, has said it needs $230 billion for energy projects in the next five years.

Regardless, Auers expects a “slow go” for investors until Mexico demonstrates it can open its fields to competition efficiently, profitably and sustainably.

With production up and demand down, depressing prices rapidly in 2015, drilling is slowing noticeably. But if prices climb back into the $70 to $90 range — and Auers believes they will, eventually — the “shale gale” should resume. The floor of profitability is still being determined (and it varies geographically), but he allows that a price correction was overdue. Other analysts see soft prices continuing for awhile, as additional output is marketed.

“OPEC’s decision to not cut production was certainly a key component in the acceleration of the decline,” Auers says.

Although the combination of strong supply growth and slowing demand has led to an oversupplied environment, Auers does not believe that the recent price collapse will be as damaging to the petroleum industry as that of the mid-1980s. This is due to both a fundamentally stronger and more nimble domestic energy sector and a weaker and less capable OPEC.

Mexico is simultaneously reforming its energy and electricity industries. Texas’ proximity should be a boon to the state’s natural gas suppliers as Mexico “amps up” its electric power grid.

Plans are under way to send Mexico more Texas gas to run new and expanded power plants. In 2015, Dallas' Energy Transfer plans to add 75 miles of pipeline, including an extension from Edinburg to a new crossing point near McAllen, to provide Mexico’s electric power agency with almost 1 billion Btu of gas per day. And NET Midstream of Houston is completing a pipeline from Nueces County to near Rio Grande City for a subsidiary of Mexico’s national gas company.