Lotto Money for Texas An interview with the Texas Lottery director

by Bruce Wright Published May 2015

Since their modern era began in 1964, America’s state lotteries have spread across the country and become a $63 billion-a-year business… if it is a business. 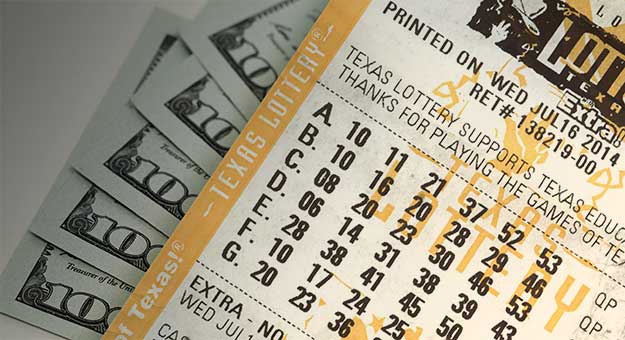 Today, 44 states as well as the District of Columbia, Puerto Rico and the U.S. Virgin Islands run lotteries, and participate in multi-state games as well, the latter producing most of the eye-watering nine-figure jackpots publicized in recent years. 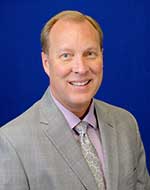 Since 1992, the Texas Lottery has managed to navigate competing demands and changing sales trends with considerable success, generating nearly $23 billion for state programs through the end of fiscal 2014. Since 1997, the lottery’s proceeds have been channeled primarily into the Foundation School Fund, and fiscal 2014 was a record year, yielding $1.2 billion for public education as well as millions for other causes.

Yet the Texas Lottery’s future recently was still in question. Despite a recent clean bill of health from the Texas Sunset Advisory Commission, the 2013 Legislature established an interim committee to consider the implications of abolishing the lottery — and replacing the billions in revenue it provides.

In its first 23 years of sales, the Texas Lottery generated nearly $23 billion for state purposes.

Fiscal Notes (FN) sat down with Gary Grief, executive director of the Texas Lottery, to discuss his organization’s success and challenges.

Fiscal Notes: Thanks for talking with us. I understand that 2014 was the lottery’s best year ever.

Gary Grief: It was indeed. Our total sales reached $4.38 billion in fiscal 2014, a new high point in our history. But more importantly, we transferred $1.22 billion to the state. Of that, slightly more than $1.2 billion went to the state’s Foundation School Fund, and that’s a new record as well.

Another $11.5 million was transferred to the Texas Veterans Commission from the sale of our veterans-themed scratch-off games, in a transfer the Legislature authorized in 2009. That’s a 33 percent increase over the previous record for revenue to fund veterans’ assistance.

We also had approximately $78 million in prizes go unclaimed in fiscal 2014. Approximately $5 million of that went to the UT Medical Branch in Galveston, and the remainder to the Foundation School Fund.

FN: After all these years, what would you say is the biggest misconception Texans may have about the lottery?

Grief: For 23 years, we’ve been dealing with a misunderstanding that occurred when the lottery was initially passed.

“The money the lottery generates is no small amount, at $1.2 billion last fiscal year. But that’s obviously just a fraction of the state’s total education budget.”

There’s a public misconception that the lottery was going to solve all the funding challenges for public education. That’s something the Texas Lottery and our Legislature have been dealing with since the lottery’s inception.

The money the lottery generates is no small amount, at $1.2 billion last fiscal year. But that’s obviously just a fraction of the state’s total education budget. The lottery was never meant to completely fund education, despite the perception problem we continue to deal with — it was never meant to be a panacea. It was intended to add significant new revenue to state coffers. And it has done that exceedingly well.

FN: Throughout the lottery’s history, you’ve introduced new and different games. Is that to keep public interest up? How important is variety?

Grief: It’s all-important. We must continue to innovate and find new game opportunities to maintain or increase our revenue levels, and we’re not alone in that challenge — every lottery faces the same issue.

We started in 1992 with one-dollar scratch tickets and the Lotto Texas draw game, and that was our entire product portfolio. We still have one-dollar scratch games, and they’re very successful, particularly as introductory games for new players who just want to see if they enjoy playing the lottery. But over time we’ve added $2, $3, $5, $10, $20 and $50 scratch-off tickets.

With these higher-priced tickets come bigger prize payout percentages and larger top prizes. These factors resonate extremely well with our players. The Texas Lottery has been an industry leader in these games and almost all state lotteries have followed suit. Having a variety of price points and play styles, “something for everyone,” if you will, contributes to our revenue results.

FN: And then there are the number-based games. You’ve expanded those as well.

Grief: Correct. Since Lotto Texas, our very first draw game, was introduced, we have added Pick 3, Daily 4, Cash 5, Texas Two-Step and All or Nothing.

And we’ve joined both of the multi-state jackpot games, Mega Millions and Powerball, both of which have helped boost our revenue to education. We joined the Mega Millions game in 2005 and Powerball in 2010. Now all lottery states offer both.

This was a significant event for the lottery industry. The two games competed fiercely for a number of years, but we saw a tremendous uptick in sales when the two games began cross-selling — we had a much larger population base and it doubled the amount of drawings each week. Players typically shop between the two games for the biggest jackpot. That’s what helped us reach our all-time record jackpot of $656 million for the Mega Millions game in March 2012.

FN: The Texas Lottery is known for having outsourced most of its functions to private vendors — far more than in many other states. Is Texas still unusual in that regard?

Grief: Right now, the lotteries in Indiana, Illinois and New Jersey are in the news for “groundbreaking” moves toward “privatization.” In reality, what these states are doing is very close to adopting the Texas model.

Our original legislation allowed for only a very limited number of employees. Out of necessity, we outsourced more aspects of the lottery than any state had ever done before, including field sales staff — which is the big difference between us and most other state lotteries.

We have International Game Technology (IGT) as our lottery operator, as well as an advertising vendor, three instant ticket printers and an outside audit firm. We’ve outsourced our telecommunications infrastructure, instant ticket storage and distribution, sales and marketing, all of the vehicles and facilities required — IGT handles all of that for us.

This is a significant contract that was bid out for the third time in 2010. We had bids from all three vendors in the world capable of providing the necessary goods and services, and IGT once again provided not only the best price, but the most highly rated technical proposal as well.

Our contract with IGT calls for them to receive 2.2099 percent of sales. That’s a reduction from the rate under the previous contract, also with IGT, which was 2.6999 percent.

Our agency prides itself on being transparent. To that end, our website contains a voluminous amount of information, including all the documents related to our contract with IGT. We try to place anything of public interest on our website. We’ve learned we have to be our business.

FN: And is the outsourced model still working out?

Grief: Yes, it is. The Texas model provides us with some significant advantages over a traditional state-operated lottery.

It mitigates the risk of interruption to the revenue stream, due to the technical and resource redundancies available under the contract. It also gives us more flexibility to quickly respond to market and customer demands, and allows us to bypass the need for intensive capital investments in all the people, facilities, equipment, communication networks and other resources necessary to operate a $4.4 billion enterprise.

And it allows IGT to provide financial incentives to its staff to help us meet our revenue goals. The contractual relationship provides us real-time access to industry best practices around the world, and gives us access to a vast array of services, information, technology and skill sets.

For the printing of our scratch-off games, we use all three vendors in the world capable of providing us this service. Our annual instant-ticket printing budget is about $26 million. Once a year, we evaluate their services, sales, security, marketing acumen and any other relevant factors, and determine how much of our scratch-off game portfolio will be awarded to each ticket printer.

That’s a strategy that has worked out very well for us. Our instant ticket vendors can’t rest on their laurels and they’re constantly competing for our business. A smaller state would have difficulty with this strategy, but we produce from 75 to 100 new scratch-off games a year, making this a very effective tool for us.

FN: What’s next for the Texas Lottery? What sort of new features can players expect?

Grief: We always move cautiously in considering new games. All of our games go through a rigorous review for legality and appropriateness before being presented to our commission for consideration. We receive public comments and make sure our legislative oversight committees are made aware of any new games as well.

We understand and respect the stated positions of our governor and Legislature — that there is no desire to expand the footprint of gaming in Texas. We’ve received that message loud and clear, and we always look to the Legislature for major policy decisions.

FN: And of course, the lottery has its share of opponents. What would you say to the persistent criticism that lotteries are a “tax on the poor,” that too many of their sales come from people at the lower end of the economic scale?

Grief: Under state law, an independent demographic study of a sample of Texans and their lottery buying habits must be performed every two years. That said, several years ago our commission decided to have the study performed every year. The University of Houston has performed the study in recent years.

This type of demographic information is complex. However, I believe the study contains some evidence that refutes the notion that lotteries prey on the poor or the uneducated. But the demographic study is performed independently, and readers can draw their own conclusions from the results.

In addition, state law makes it very clear that the lottery may not unduly influence anyone to play. We take that charge seriously and, through our advertising agency, take great care to ensure our advertising does not target any particular demographic.

FN: Which leads us to the 2013 interim committee, and their charge to consider the impact of eliminating the lottery.

Grief: Our Sunset process in the 2013 legislative session was anything but smooth. The Sunset Advisory Commission has written that our agency “walks a tightrope” in balancing our mission with the state’s attitudes toward gaming. We’re charged with operating the lottery like a business to generate revenue for the state, but we are and must be respectful of those opposed to the lottery in particular or gaming in general.

The agency came through its Sunset review with high marks, but, when our Sunset bill reached the floor of the House in 2013, it was initially voted down, which on its face would have shut down the lottery as of September 2014. But within a few hours, the House reconvened and voted it through, continuing the agency for 12 more years.

But language was added to our Sunset bill requiring a legislative review committee to be appointed during the interim, to study, among other things, phasing out the lottery — and that would include finding alternate sources of revenue. Our agency served as a resource to the committee as it undertook this charge. That review committee completed its work and submitted its report on December 1, 2014.

The committee recommended that the Legislature continue the Texas Lottery and the Texas Lottery Commission. Their report also stated that the loss of state funding for education and other valuable programs, and the loss to Texas businesses, would be gravely detrimental to the state if the lottery were abolished.

While we were pleased with the report, we realize that the lottery will always be heavily scrutinized, given the type of business we are engaged in. Our agency takes great pride in being open and transparent, and we will continue to take that approach through this legislative session and beyond. FN