The spiraling cost of a college education — and the debt accompanying it — is on Americans' minds now more than ever. Students and their families have seen their tuition bills skyrocket, threatening the dream of college for many. 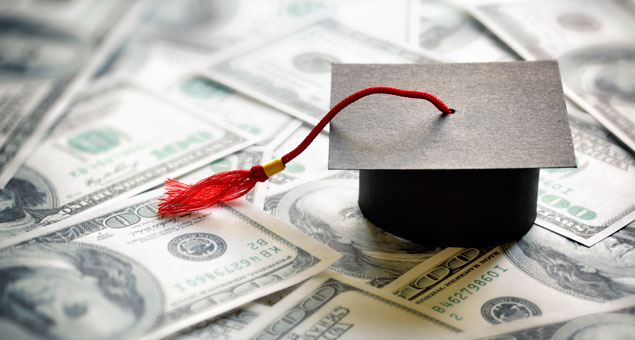 Texas has invested in public higher education since the 19th century, through the establishment of the University of Texas and what would become Texas A&M University, as well as the creation of the Permanent University Fund, which generates investment income for both university systems.

Nevertheless, Texas was a “low-cost, low-aid” state in terms of public higher education until the latter part of the 20th century. The state established its first major grant program for higher education in 1973, with the creation of Tuition Equalization Grants, which provide need-based financial aid to Texas residents attending private nonprofit universities, traditionally much more expensive than public institutions.

Students attending the state’s public colleges and universities received similar need-based assistance in 1975, with the introduction of Texas Public Educational Grants (TPEGs). Texas funds TPEGs by setting aside a portion of the tuition collected at public institutions for this purpose. Thus, Texas’ primary aid source for students at public institutions comes through what is commonly called a financial aid set-aside or simply a set-aside.

While these relatively modest initiatives fit well with Texas’ low-cost, low-aid model, that model was pushed to a breaking point during a state budgetary shortfall in 2003. In that year, the Legislature passed H.B. 3015, which “deregulated” public tuition, significantly changing the financial landscape for Texas public universities and the students attending them.

In 1997, however, the Legislature added a second type of tuition for undergraduates at public universities, designated tuition. (A third type, board-authorized tuition, is charged for graduate courses.) Designated tuition rates are set by university governing boards and thus vary by institution.

To offset anticipated increases in designated tuition, H.B. 3015 also required the expansion of financial aid set-asides at Texas public universities. The Legislature kept in place the 15 percent set-aside of statutory tuition to fund financial aid, but instituted a 20 percent set-aside requirement for any increases to designated tuition above the previous cap. (The former $46 cap is still used to calculate the set-aside today.)

The 20 percent set-aside included 15 percent for need-based financial aid at each university; the remaining 5 percent was used to fund a “B-On-Time” loan program, offering qualified students zero-interest loans that would be forgiven if they graduated on time.

Since 2003, tuition and fees at Texas public universities have increased enormously in real terms, while median household income has grown only minimally (Exhibit 1).

The impact of tuition deregulation has differed greatly by institution, however. Among Texas public institutions that existed in 2003, designated tuition increases from Fall 2003 to Fall 2014 ranged from less than 139 percent at Texas A&M University — Kingsville to nearly 363 percent at the University of Texas at Dallas (Exhibit 2).

Note: Of 37 Texas public universities, three were not in operation in Fall 2003 and therefore are excluded from this analysis: Texas A&M University — Central Texas, Texas A&M University — San Antonio and the University of North Texas at Dallas. UT-Brownsville and UT-Pan American, which are merging to form UT-Rio Grande Valley, are treated as separate institutions for this purpose.

During the 2015 session of the Texas Legislature, lawmakers passed H.B. 700, which will phase out the B-On-Time loan program by 2020, and eliminated its accompanying 5 percent set-aside for designated tuition beginning in Fall 2015.

At present, then, the same set-aside percentage applies to both statutory and designated tuition, with the 15 percent designated set-aside exclusively funding institutional aid programs.

Universities have been required to notify students of the set-asides generated via their tuition payments since 2009, though they are able to do so in a variety of ways, such as statements on tuition bills or emails sent to individual students.

Set-Asides and the Cost of College

As detailed in a December 2014 Comptroller special report, there are multiple potential explanations for the steep rise in the cost of higher education; the use of tuition set-asides is hardly the only reason.

But that’s not to say it has no effect. The set-aside requirement for designated tuition could be contributing to the price increase by leading public universities to charge higher tuition rates than they would in the absence of the requirement.

The reason is fairly simple. As things stand, universities get only 85 percent of the “benefit” of a tuition increase, due to the set-aside. Thus a university seeking an additional $100 in tuition per student to meet its costs must increase its tuition by nearly $118.

While the general public, and even students at Texas public universities, may be largely unaware of the role financial aid set-asides play in higher education, some groups have been paying attention, and support the repeal of the set-asides mandate. The elimination of the 5 percent set-aside for the B-On-Time program may encourage such efforts.

One alternative to mandatory set-asides is to expand the grant programs Texas already has in place, such as the TEXAS Grants, which received additional funding in the 2015 legislative session. If the goal is to subsidize public higher education for students with financial need, the logic runs, why rely upon the relatively small pool of students and their families rather than the broader Texas tax base?

Based on data provided by the Texas Higher Education Coordinating Board, for instance, undergraduate set-asides in 2012 came from 454,154 students paying an average of $649 each. If the state had provided this amount directly, it would have cost Texans a little more than $11 each to generate the same amount of funding. Given the existing infrastructure of the TEXAS Grant program, administrative costs would be minimal.

On the other hand, the political costs of increasing state spending, even toward the goal of ensuring higher education affordability, might prove too great to overcome.

The rising cost of college is a complex issue, but one with significant economic consequences for students, families and our state in general. Now that at least part of Texas’ required set-asides have been eliminated, it seems likely the Legislature will examine the entire system more closely, sooner or later. FN