There are jobs, and then there are good jobs. While any new job signals positive economic activity, the best jobs offer long-term opportunities and the disposable income that generates demand for goods and services, benefiting the broader economy. And these jobs, then, are the real goal of economic development officials and government leaders. 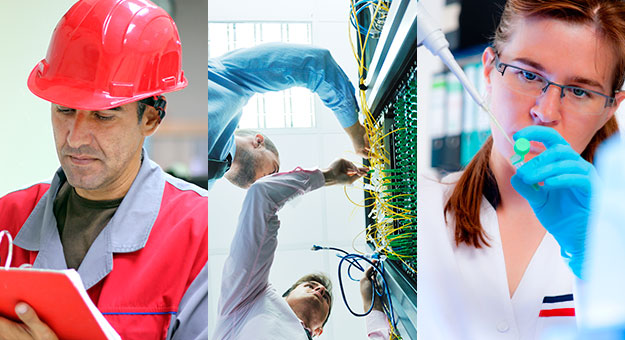 The Brookings Institution’s 2015 report America’s Advanced Industries attempts to quantify the job sectors that are boosting U.S. employment or wages, and points to the prominent successes featured in a group of 50 industries, the so-called advanced industries (AI), which invest heavily in technological innovation and employ skilled technical workers.

Advanced industries represent innovative sectors that have driven productivity gains in our economy. These are the industries behind innovations such as 3-D printing, advanced materials and robotics, and breakthroughs in business processes and service delivery that employ sophisticated analytics, “big data” and cloud computing.

Brookings reports that California, Texas, New York, Illinois and Michigan together provide 35 percent of the nation’s AI jobs. Typically, advanced industries cluster in metropolitan areas; Houston and Austin ranked among the top metro areas for AI employment in 2014. Austin’s tech jobs paid an average of more than $100,000 annually in 2014. Houston’s diverse AI community provides more than 363,000 jobs in the metro area, or 12.5 percent of total employment.

In the past decade, Texas’ employment in advanced industries rose substantially faster than in the nation as a whole.

As Exhibit 1 illustrates, Texas’ AI employment isn’t evenly distributed among metropolitan statistical areas (MSAs) — and that disparity is growing, according to a Comptroller analysis (Exhibit 2). Ten Texas MSAs lost AI jobs in the 2004-2014 decade, and 14 saw their share of jobs in AI industries decline. Particularly apparent was the shortage of advanced-industry jobs outside the major metro areas and the oil patch; communities along the Mexico border and in the Panhandle, far North Texas and Northeast Texas all lost AI jobs. 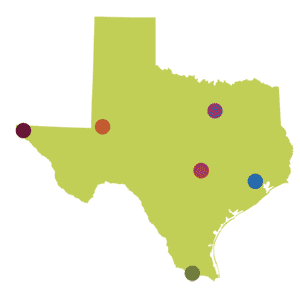 AI accounted for 12.7 percent of AUSTIN-ROUND ROCK’S total employment in 2014, followed closely by the HOUSTON-THE WOODLANDS-SUGAR LAND MSA at 12.5 percent. Advanced industries in these areas outpaced total employment growth from 2004 to 2014.

The greater HOUSTON area accounts for more than 32 percent of the state’s AI jobs, while the DALLAS-FORT WORTH metro area has almost 30 percent.

Energy-sector hotspots MIDLAND and ODESSA saw signicant increases in AI and total employment from 2004 to 2014; they also enjoyed the largest wage increase in non-AI jobs, at 88 percent and 79 percent, respectively.

Exhibit 3: Change in Advanced Industries Employment in Texas, the U.S. and the Largest Texas Metro Areas, 2004 to 2014

A few of Texas’ advanced industries have grown very strongly, shoring up the whole sector.

A few of Texas’ advanced industries have grown very strongly, shoring up the whole sector, and particularly offsetting job losses in manufacturing (Exhibit 4). In fact, without the 28,000 jobs added from 2004 to 2014 in the Agriculture, Construction and Mining Machinery category, which is strongly related to the energy industry, total Texas AI manufacturing employment would have declined by almost 16,000 jobs. Even so, the category saw declines from 2013 to 2014.

The greatest gains in Texas’ advanced industries occurred in Computer Systems Design and Related Services, which nearly doubled in size during the decade. Notably, the greatest AI losses were in Semiconductor and Other Electronic Component Manufacturing, highlighting the economy’s continuing transition from manufacturing to services, even in high tech. The next two greatest AI gains were in industries providing professional services, Management, Scientific and Technical Consulting and Architectural, Engineering and Related Services.

Interestingly, despite a gain of 218,000 AI jobs in Texas during the decade, 27 of the 50 AI categories actually saw declines in employment.

The advanced industries' higher-than-average wages are naturally coveted by states competing for job growth. In 2014, these jobs paid average annual salaries of $99,967 in Texas, 10.4 percent higher than the U.S. average. By contrast, the average wage for all Texas jobs, about $51,000 annually, is just 3.5 percent higher than the U.S. average (Exhibit 5).

For AI workers in most Texas metro areas, the financial rewards are significant, paying on average at least 40 percent more in every MSA except Killeen-Temple, and more than twice the average wage in the Beaumont-Port Arthur and Sherman-Denison areas.

AI jobs in McAllen and Brownsville pay wages 50 percent higher than average for those communities, but less than the overall average statewide wage. In both MSAs, advanced-industry jobs represent less than 3 percent of the workforce; Brownsville lost more than 1,100 AI jobs between 2004 and 2014.

Exhibit 5 underlines the fact that advanced industries tend to benefit some metro areas more than others. Business location decisions can be complex, but the availability of energy resources, technology and skilled workers clearly prompts AI companies to cluster in some areas rather than others.

Identifying the less-favored metro areas and focusing efforts to recruit AI jobs there would help raise wages and improve both the local and state economies. FN