By now, most Texans surely know that the oil and natural gas boom of the last few years was driven largely by the increased use of hydraulic fracturing, or "fracking," which shatters underground rock formations to release the oil and gas trapped inside. 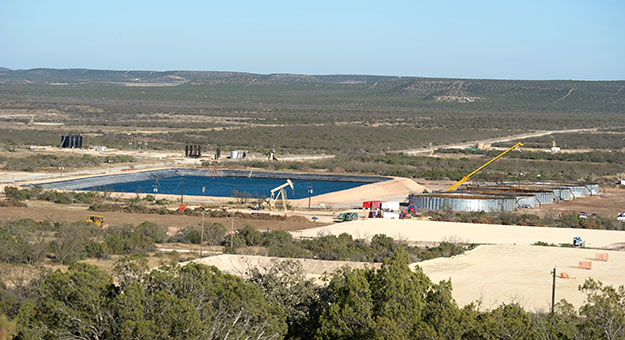 Oil and gas production in general accounts for less than 1 percent of Texas’ water use, according to the Texas Water Development Board. But in areas of Texas where fresh water is scarce, the water-intensive nature of hydraulic fracturing could be a cause for concern. Some frack wells require 10 million gallons of water or more.

Isn’t there a way to recycle and reuse this water?

Some frack wells require 10 million gallons of water or more.

The answer is yes, says Reese Tisdale, president of Bluefield Research and former research director for IHS, a leading research and advisory firm — but it’s not easy, and it can be expensive.

Bluefield Research, which tracks water strategies and trends for industry, estimates that in 2014 the fracking industry spent nearly $6.4 billion on water management — including water supply, storage, transport, treatment and disposal — with water transport and disposal costs accounting for 66 percent of the total.

Fracking fluid combines water with proprietary mixes of chemicals, and is unsuitable for reuse without treatment.

“There are chemicals, oil droplets, rock fragments, polymers and a bunch of gunk you need to get rid of,” says Dr. Jean-Philippe Nicot, senior research scientist with the Bureau of Economic Geology at the University of Texas at Austin. “Also, you may have collected chemicals that might not be compatible with the chemicals injected into the water for your fracking operation, and therefore it might not work.”

And because of its potential toxicity to water-borne organisms, frack water cannot simply be disposed of in surface waters.

And because of its potential toxicity to water-borne organisms, frack water cannot simply be disposed of in surface waters.

Many hydraulic fracturing operations use “injection” wells to dispose of contaminated fluids. These concrete-encased wells reach thousands of feet underground and can store waste liquid from multiple fracking operations.

The Texas Railroad Commission (RRC) reports the state has about 56,000 permitted injection and disposal wells as of April 30, 2015, about 33,000 of which are active. The majority of these wells are used for enhanced oil recovery (EOR), in which steam, gases or water mixtures are used to flush residual hydrocarbons from a rock formation. 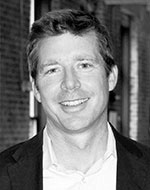 About 7,800 wells, however, are used for the disposal of used fracking fluid — “flowback” water — as well as subsurface water produced from formations along with oil and gas (“produced” water).

“The ubiquity of disposal wells and their lower cost compared to reuse has made them the primary option,” explains Tisdale. “Recycling water has been slow to gain traction in Texas, but should increase in the long term.”

Nicot agrees that the plentiful number of injection wells makes their use for the disposal of frack water the cheapest option for many operators, and points to complications and expenses companies run into when recycling the wastewater from their operations.

“Recycling involves complicated logistics, the gathering of the [frack] water and its redistribution,” Nicot explains. "Recycling can be done through mobile units at the wellhead, but it makes sense only if an operator owns many leases in the same area, and can use the recycled water to frack the next well. Some companies have developed permanent treatment facilities and a network of water lines, but it’s expensive unless you are in the area for the long term.

“Another aspect often overlooked is that the risk of contamination through accident, spills and so forth increases when the water is moved around,” Nicot says.

Until 2013, operators who wished to recycle frack water required a separate permit to do so. In that year, RRC adopted new regulations that eliminate the need for a recycling permit if the operator is recycling the fluid on its own lease or transferring it to another operator’s lease for recycling.

Typically, hydraulic fracturing operations use disposal wells to store contaminated drilling fluid. These disposal wells, thousands of feet deep and encased in concrete, offer a “quick fix” solution for companies that need to get rid of produced water.

2. High-pressure pumps inject a mix of sand, water and chemicals into the well.

3. Natural gas expelled by the fracking is piped to the market.

4. Recovered water is stored in tanks

5. Tanker trucks remove produced water and take it to underground injectionvwells for disposal or treatment facilities for remediation and surface-water discharge, only if it meets strict water-quality standards.

One Houston-based oil and gas producer, Apache Corporation, has been developing ways to reduce its water resource needs, and its new water management practices are proving to be both environmentally and economically beneficial. 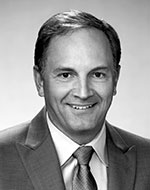 “Apache was inspired to develop a facility in Irion County because of a keen awareness of water supply issues and a strong desire to prove that using recycled produced water would be economically sensible,” says Dr. Cal Cooper, manager of Special Projects with Apache Corporation. “The lessons [we've] learned over time have resulted in a method of water treatment and reuse that is both economically and logistically superior to trucking it away for disposal.”

Apache has used its method for dozens of wells in the Wolfcamp Shale formation of water-sensitive West Texas. Fracking each well requires about 340,000 barrels of water. To avoid using fresh water, Apache treats and reuses water recovered from the company’s previous well completions in the region, and supplements it with brackish water from the local Santa Rosa aquifer that is unsuitable for human consumption or agriculture.

“The brackish water is stored in a large, lined containment basin capable of holding about 500,000 barrels,” Cooper says. “A system of pipes carries flowback and produced water from previous well completions to a row of storage tanks — actually recycled and modified grain bins — where the water is treated to remove iron.” Both types of water then are piped to a current fracking operation for use.

“The water is treated to eliminate bacteria and subsequently pumped under high pressure down the hole to release trapped hydrocarbons,” he says. “Once the pressure pumping concludes, the downhole pressure created within the target formation and by the escaping hydrocarbons flows the water back to be produced at the surface, and the process is repeated.”

Thus for its operations in this area, Apache does not have to purchase fresh water or pay to dispose of produced water in deep-injection wells.

Recycling the water produced from hydraulic fracking operations reduces the demand for fresh water and the environmental impacts associated with truck traffic, such as emissions and road wear.

2. Recovered water from previous wells is treated in recycled grain bins and combined with brackish water for use in nearby wells.

3. High-pressure pumps inject a mix of sand, water and chemicals into the well.

4. Natural gas expelled by the fracking is piped to the market.

5. The process is repeated on other wells in the area.

And Apache’s recycling operations are expanding to other parts of the state. In the Eagle Ford production area near College Station, the company fracks wells with treated effluent purchased from the local wastewater treatment facility.

In addition to the environmental benefits, Cooper says that recycling frack water in place saves the company money on transportation and eases the burden on local communities posed by truck traffic and increased road wear.

“In 2014, Apache treated and recycled more than 10 million barrels of produced water,” says Cooper, “which was then used in the company’s hydraulic fracturing operations. These efforts reduced the company’s road use by more than 80,000 truck trips.”

Other oil and gas operators are recycling in Texas. While recycling frack water is economically sustainable and creates better relationships with adjacent communities, Tisdale believes further regulation will be required before recycling really takes off. Pennsylvania’s regulations, for instance, strongly encourage water recycling in oil and gas production, and reuse rates there exceed 70 percent.