Most of us find out, sooner or later, that our personal credit rating is important, generally when we start buying big-ticket items. Your credit rating can dictate how much you pay for a house or car, or even whether you can buy it at all. 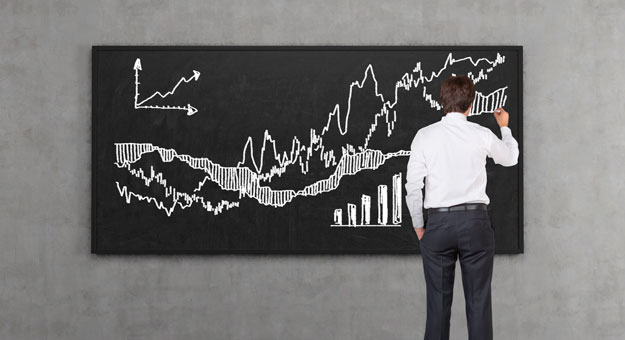 State governments have credit ratings as well, and in their case the stakes are considerably higher; they spend and borrow billions of dollars each year, and even minor changes in their ratings can have multimillion-dollar impacts on their cost of borrowing.

Texas law authorizes state agencies to issue certain forms of debt to support state projects. This is primarily long-term general obligation debt — bonds backed by the “full faith and credit” of the state government — as well as some short-term debt including Texas Tax and Revenue Anticipation Notes (TRANs). (Texas will not be issuing TRANs this year due to the strength of its cash position.)

Every July, the Comptroller and a team of agency staff members visit the rating agencies to provide information intended to help them determine ratings for the upcoming year. At these meetings, the rating agencies obtain updates regarding the state’s economic condition, recent legislative actions and other matters related to its long-term credit rating.

Texas has the highest available credit ratings from the nation’s major agencies.

The rating agencies provide investors with assessments of the “creditworthiness” of potential investments and the risks involved. And their opinions have dollars-and-cents implications, since they affect the cost of borrowing.

A bond or other debt instrument, after all, is a form of IOU, and more highly rated borrowers usually pay lower interest costs — also called the “risk premium” — based on the assumption that they’re more likely to be able to pay principal and interest when the debt becomes due. Many institutions, moreover, invest only in bonds the rating agencies judge to be “investment grade.”

Moody's, Fitch and S&P use similar but different methods to determine each state’s credit rating, based on factors such as the state’s economic and financial policies, its financial management practices and recent legislation affecting the state’s finances. The agencies’ ratings are accompanied by a commentary outlining the strengths and weaknesses that led to the rating. These debt ratings are reviewed at least annually and updated as the rating agencies deem necessary.

In the following sections, we’ll look at the yardsticks the rating agencies use to gauge Texas’ financial health, and their current assessments of our state.

As of May 2015, Texas’ long-term debt was rated Aaa with a stable outlook by Moody’, the highest available rating.

Moody’s rates long-term debt outlook as (in descending order) Aaa, Aa1, Aa2, Aa3, A, Baa and below. The agency credits Texas with a diversified and fast-growing economy, low bond debt, conservative revenue forecasting and the presence of the state’s Economic Stabilization Fund (its “Rainy Day Fund.”)

Areas of concern Moody’s cited in 2015 include a need for higher transportation and educational spending, as well as high poverty rates creating a need for services that may affect the state’s long-term financial security.

As of August 2014, Fitch rated Texas’ long-term debt at AAA with a stable outlook, its highest rating.

Fitch rates long-term debt outlook as (in descending order) AAA, AA+, AA, AA-, A+, A, A-, BBB and below. It credits Texas for low debt, a diverse and growing economy and its Rainy Day Fund. Areas of concern include the cyclical nature of the Texas energy industry and additional long-term funding needs for transportation, schools and water.

As of November 2014, S&P rated Texas’ long-term debt at AAA, its highest rating.

S&P rates long-term debt outlook as (in descending order) AAA, AA+, AA, AA-, A+, A, A- and BBB. Each factor is scored on a scale from 1 (strongest) to 4 (weakest); each metric is averaged and added for a composite score that translates into a rating.