The 2001 Legislature’s Texas Economic Development Act, often called "Chapter 313" for its position in the Texas Tax Code, allows public school districts to offer tax incentives for businesses that invest in their communities. 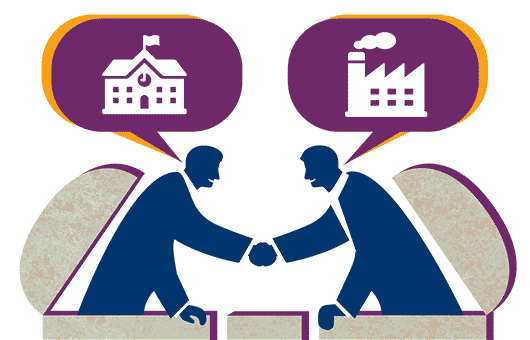 The Chapter 313 incentive is designed to attract new businesses by offering them a 10-year limitation on their appraised property value for a portion of the school district property tax. In exchange for the value limitation, the business agrees to build or install new property and create jobs in the school district.

Most of the local tax revenue the school district forgoes under Chapter 313 is replaced with state funding. Thus the act uses state revenue to promote local economic development.

Chapter 313 was prompted by a growing sentiment among the state’s leaders that Texas was becoming less attractive to businesses due to better economic development incentives offered by other states. In 2001, Texas legislators argued it was difficult to entice companies such as Intel and Boeing without competitive property tax incentives.

Over the years, Chapter 313 incentives have been credited with helping to bring a Toyota truck plant to San Antonio and a Samsung semiconductor facility to Austin.

The program isn’t without its critics. In 2015, Governor Greg Abbott vetoed legislation to expand Chapter 313 incentives to projects involving multiple, contiguous school districts. The governor’s veto stated that, “While the program may sometimes have a positive impact on local economic development, serious concerns exist about its oversight, its transparency, and its value to the taxpayers.”

Opponents argue that Chapter 313 produces questionable returns for its investment of tax dollars, with incentives going to businesses that might have established themselves in Texas in any case.

Yet the program has proven popular with legislators. Originally set to expire in 2007, Chapter 313 has been extended three times, with a current expiration date of December 31, 2022.

Since the program’s creation, the Legislature has made numerous changes to its requirements. Project eligibility, for instance, has expanded significantly. Other changes have been made to the program’s job creation and wage requirements.

An appraised value limitation is an agreement between a taxpayer and a school district in which the taxpayer proposes to build or install property — and create jobs meeting certain requirements — in exchange for a 10-year limitation on the taxpayer’s property value for tax purposes.

Chapter 313 limitation amounts are set in state law and vary from $10 million to $100 million in property value. Companies seeking the limitation must submit an application and fee to the school district in which the project will be located.

While Chapter 313 tax limitation agreements are made between individual companies and school districts, the Legislature has charged the Comptroller’s office with several duties related to them. Since 2013, the agency has been required to determine whether a proposed project is reasonably likely to generate, within 25 years, enough state taxes and local M&O tax revenue to offset the tax losses due to the limitation agreement. It also must find that the tax limitation is a determining factor in the applicant’s decision to invest and build in Texas. School districts cannot enter into Chapter 313 agreements without Comptroller certification.

Councils of Governments (COGs) are planning and coordinating organizations made up of participating local governments in a single region. Texas has 24 COG regions.

To improve the transparency of Chapter 313 projects, the 2009 Legislature required that Chapter 313 applications, economic impact evaluations and limitation agreements be posted on the Comptroller’s website. In addition, school districts must include links to this information on their own websites.

To be eligible for the tax limitation, a business must create a minimum of 25 “qualifying” jobs in non-rural school districts and 10 qualifying jobs in rural school districts. The statute allows this minimum number of jobs to be waived in certain circumstances, however, and more than half of applicants in fact receive such waivers.

Qualifying jobs must provide certain healthcare benefits, offer the employee at least 1,600 hours of work per year and pay at least 110 percent of the average manufacturing wage for the county or the Council of Governments region in which the district is situated. The average wage of any other jobs created must exceed the county average wage for jobs in all industries.

To qualify for a Chapter 313 property tax limitation, companies are required to make a minimum qualifying investment in the school district in which they seek to locate, varying from $1 million to $100 million (Exhibits 1 and 2). Minimum property value limitations they can receive in return vary from $10 million to $100 million, depending on the school district’s taxable property values and whether it is considered a rural or non-rural district.

Note: Other eligible categories have no active projects at this time.
Source: Texas Comptroller of Public Accounts

Manufacturing projects are by far the most important Chapter 313 projects in terms of job creation, accounting for 90 percent of the qualifying jobs created through 2013 (Exhibit 4).

From 2003 through 2013, Chapter 313 applicants executed agreements to create a total of 4,903 qualifying manufacturing jobs with their projects. By 2013, they had greatly exceeded this figure, creating a cumulative total of 8,013 qualifying jobs in manufacturing (Exhibit 5).

In 2013, the average wage for qualifying jobs created by Chapter 313 projects was $59,451, substantially less than the statewide manufacturing average of $68,904 (Exhibit 6).

Again, though, wages for qualifying jobs under Chapter 313 are determined by the average for manufacturing jobs in the specific county or region at the time of the application, and these areas may pay lower wages than the statewide average. The program, moreover, doesn’t require companies with agreements to raise wages during the length of the tax limitation. Furthermore, the 2009 Legislature added a provision allowing projects creating more than 1,000 jobs to pay wages equal to or higher than the county average wage for all jobs, rather than manufacturing jobs only. These factors may explain the gap between average Chapter 313 wages and the state average.

These tax limitations provided companies with gross tax benefits of $815 million in the same period (Exhibit 8).

Interest in Chapter 313 continues, with 52 applications received in 2014 and 68 in 2015. Yet so do concerns about the way in which its tax limitations are structured.

The statutory purpose of Chapter 313 is to encourage businesses to invest in Texas and create relatively high-paying new jobs. Proponents of the program assert that providing an early tax incentive to capital-intensive projects ultimately benefits local economies with an increased tax base at the end of the tax limitation period.

One bill introduced in the 2015 legislative session would have amended the Texas Economic Development Act to reclaim the foregone property tax revenue if the market value of the property declines by 20 percent or more during the tax limitation period.

While this provision didn’t become law, it highlights a continuing difficulty posed by Chapter 313.

As noted above, state law requires the Comptroller’s office to determine whether a proposed Chapter 313 project is reasonably likely to generate enough tax revenue to offset the loss due to the tax limitation within 25 years. Yet economic projections over such a long period are uncertain at best. Economic conditions change; companies and industries rise and fall. Some Chapter 313 projects fail to produce the predicted rise in property values.

Among the 13 projects with tax limitations that ended from 2013 to 2015, actual market values in the last year of the limitation period ranged from 28 percent to 125 percent of the initial market value. While most were within 20 percent of their initial projections, the wide range of values shows the volatility of assumptions made about as-yet-unbuilt projects.

This unpredictability poses an ongoing challenge in assessing the value of Chapter 313. FN

To learn more about the Chapter 313 program, search for “Chapter 313” at the top of the page.