By some economic measures, Texas and the nation as a whole have fully recovered from the Great Recession of 2008. As of February 2016, America’s private sector had achieved 72 consecutive months of job growth. U.S. unemployment is at pre-recession levels, and Texas’ rate is even lower. 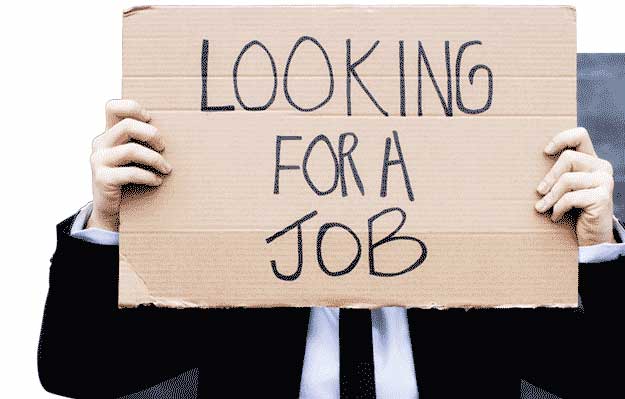 To many Americans, however, the recovery feels weak at best. Median household incomes, when corrected for inflation, are lower now than they were before the recession, and average wages are barely achieving 2 percent annual growth. The tepid recovery, in fact, leaves many wondering if the unemployment rate accurately reflects reality. After all, it counts only those who are actively looking for work.

If a person isn’t employed or actively looking for work for any reason — such as being in school, retired, disabled or simply discouraged — he or she isn’t considered a part of the labor force and thus isn’t reflected in the main unemployment number. In effect, they’ve simply dropped out of the statistic.

But the federal government actually calculates several unemployment rates other than the “official” one. And in recent years, another measure, the labor force participation rate (LFPR), has received increased attention from analysts and policymakers as an alternative measure of employment conditions.

The U.S. unemployment rate was 4.9 percent in January 2016, its lowest level since February 2008. Some economists consider this level as approaching “full” employment. The Texas rate was even lower, at 4.5 percent.

Again, however, the unemployment rate does not account for those who are not looking for work, only those actively seeking it. The U.S. Bureau of Labor Statistics (BLS) calculates several unemployment rates that may gauge labor market conditions more accurately.

The official unemployment rate regularly reported in the news is BLS’ so-called U-3 rate, which estimates the share of the labor force unemployed for 15 weeks or longer (U-1) and those who have lost jobs more recently or who have just finished temporary jobs (U-2). Everyone included in U-3 has, at least in theory, sought work within the last four weeks, based on the results of a monthly nationwide survey conducted by the Census Bureau.

The U-4 and U-5 rates include U-3 unemployment as well as jobseekers not accounted for in U-3 because they haven’t searched for work for at least four weeks.

U-4 estimates the share of workers who have not searched for work in at least four weeks due to the specific reason that they believe no jobs are available for them — “discouraged” workers.

The U-5 rate captures working-aged Americans who have sought work within the prior 12 months but not within the last four weeks, for any reason — in BLS parlance, those “marginally attached” to the labor force.

The U-6 measure of unemployment, the broadest, captures the U-3 unemployed, the U-4 discouraged and the U-5 marginally attached, as well as those working part-time who would prefer full-time work. The difference between U-6 and U-5 is commonly called “underemployment.”

Many economists believe U-6 to be the best reflection of the real unemployment rate.

Exhibit 1 identifies average estimated unemployment and underemployment rates in the U.S. and Texas in 2015. In 2015, the average “official” Texas unemployment rate was 4.4 percent, compared to a U.S. average of 5.3 percent. In both cases, however, the broader U-6 rate is nearly twice as high.

Exhibit 1: 2015 Annual Averages for Unemployment and Underemployment (U-1 Through U-6)

The labor force participation rate (LPFR) is a ratio — the population that is employed or actively searching for work as a share of the total civilian, non-institutional population aged 16 and older.

Today, the LFPR is near its lowest level since the mid-1970s.

Today, the LFPR is near its lowest level since the mid-1970s, and has fallen by 3 percentage points since 2007. Thus, despite a falling unemployment rate and improved job prospects, the nonparticipating share of the working-aged population has continued to rise.

This decline has been accompanied by some particularly worrying features, such as a fall in participation by those in their prime working years (ages 25 to 54). Research suggests, however, that most of the overall decline is due to long-term structural trends, such as an aging population and increased college participation. BLS expects such demographic transitions to apply continuing downward pressure on the rate for the next decade.

Gauging the extent to which the falling participation rate is due to structural changes in the workforce rather than cyclical concerns, such as recession, is essential to crafting possible policy responses.

The total participation rate, including men and women, hovered between 58 and 60 percent from 1948 to the mid-1970s. The entrance of the baby boom generation caused a steady increase, bringing total LFPR to a peak of 67.3 percent in April 2000, the same month as the female participation peak.

The total LFPR hit a recent low of 62.4 percent in September 2015, its lowest level since September 1976. Since then, the total rate has increased slightly, most recently to 62.9 percent in February 2016 (Exhibit 3).

Participation rates among the prime 25- to 54-year-old age group also have fallen (Exhibit 4). The age group’s participation peaked in January 1999 at 84.6 percent, and slumped to 80.6 percent in September 2015. Its February rate was 81.1 percent.

The most dramatic decline in labor force participation has been among the young. The LFPR for those aged 16 to 19 peaked in 1978, at nearly 60 percent. Since then it has fallen precipitously, hitting a low of 32.7 percent in February 2014. The 20- to 24-year-old age group also has declined steadily, from a peak of nearly 80 percent in 1987 to 69.5 percent during 2015. This trend is due, at least in part, to the increasing share of this group that chooses to pursue higher education.

Conversely, participation rates among those aged 55 and above have risen, due to reasons such as longer life expectancy and changing attitudes toward retirement (as well as, in many cases, a lack of adequate retirement savings). This rate has risen from a low of 29.2 percent in 1993 to about 40 percent since 2010.

Although total participation rose slightly in recent months, the rate is expected to continue a generally downward trend for the next 10 years. In its 2014-2024 labor forecast, the BLS projects an LFPR of 60.9 percent by 2024, due to the massive wave of baby boomers entering retirement and the continued pursuit of higher education among those aged 16 to 24. The bureau does, however, expect the prime-age LFPR to rise slightly by 2024.

Various studies have tried to estimate how much of the fall in LFPR is due to structural causes, such as demographic changes, and how much to temporary weaknesses in the labor market (called “cyclical” effects).

A 2014 analysis by the Federal Reserve Board of Governors, for instance, concluded that worker discouragement and a lack of opportunities account for one percentage point or less of the recent decline.

The U.S. Congressional Budget Office concluded that about half the decline in LFPR from 2007 to 2013 was due to long-term structural trends, mostly the aging of the population.

The U.S. Congressional Budget Office (CBO), in examining the three-point decline in LFPR from the end of 2007 to the end of 2013, concluded that about half (1.5 percentage points) was due to long-term structural trends, mostly the aging of the population, versus about one percentage point due to temporary weakness in employment prospects. (Another half-point was due to “unusual aspects of the slow recovery.”) The CBO expects that lingering effects from the slow recovery will lower participation rates by 0.4 percentage points by 2024.

The Federal Reserve Bank of Atlanta also has analyzed the 2007-2014 decline, attributing more than half of it (1.8 percentage points) to an aging population (Exhibit 5). Interestingly, though, an increasing number of aging workers are delaying retirement. If the same share of the population aged 60 and older left the workforce in 2014 as in 2007, the LFPR would have been a point lower.

Perhaps the most important component to policymakers, however, is the drop in prime-age workers who want a job but are not in the labor force. The Atlanta Federal Reserve report attributed just a quarter of a percentage point in the decline to such cases, citing cyclical factors.

Texas has experienced similar participation trends to the rest of the U.S. The Texas LFPR peaked at 69.4 percent in August 1995 and has been in decline since, reaching 63.6 percent in February 2016 (Exhibit 6). Even so, in that month Texas still had the second-highest LFPR among the 10 largest states, behind Illinois; the highest rate among all 50 states was in Minnesota, at 70.9 percent.

Texas’ 2015 average annual participation rate was 63.6 percent, ranking 27th among states (Exhibit 7). While Texas men ranked 13th among states, with a rate of 72.2 percent, the women’s rate fell in the bottom half of states, at 55.4 percent.

Texas experienced similar declines across demographic groups as the U.S., while experiencing a similar uptick among the labor force aged 65 and older.

* Preliminary estimates for 2015. Due to sampling size, only 43 states and Washington, D.C. are included in the Black/African American population sample.

Thus most analyses of declining labor force participation suggest that it’s due largely to long-term demographic and societal shifts, with only a relatively small part due to discouraged workers and lingering weakness in the economy. Policymakers at all levels, however, should be aware of the participation rate, and the insights it can give us about how employment responds to economic conditions.

For more information on employment and unemployment statistics, visit the U.S. Bureau of Labor Statistics at bls.gov. FN