In the May issue of Fiscal Notes, we examined the history and structure of Texas’ local sales taxes, essential revenue sources that support many of the community services we take for granted. 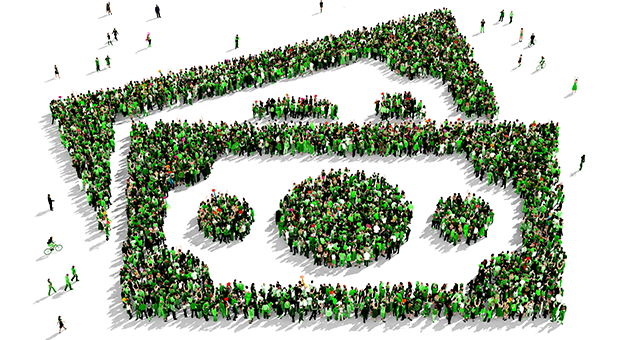 In this issue, we’ll look at some of the mechanics of local sales taxation: how taxpayers — that is, those who are selling or using taxable items and who are responsible for remitting sales tax — report and pay; how the Comptroller’s office allocates those tax dollars back to the appropriate jurisdictions; and how some related administrative issues are handled.

In Texas, local sales taxes are assessed in conjunction with the state tax, usually on the same transactions, and collected along with state sales taxes using forms designed to work together.

The agency thus provides taxpayers with a single “point of contact,” a single entity that collects state and local sales taxes, audits the associated reports and answers taxpayer questions. Most states follow this model, with some regional variation. In Louisiana, for instance, sales taxpayers may pay and report both state and local taxes at the same time through a state-administered website, but other communications, including many local tax questions and all those concerning audits of local sales tax payments, must be directed to individual parish tax agencies.

In calendar 2015, the Comptroller’s office collected an average of about $669 million in local sales taxes each month (Exhibit 1). The agency must allocate this revenue to 1,544 separate taxing jurisdictions, based on what businesses report about their places of operation and their sales activity. (The state deducts 2 percent, deposited by law to the state’s General Revenue Fund, to help defray the cost of collecting, administering and auditing local sales taxes.)

Texas’ local sales taxes apply to almost the same set of goods and services as the state sales tax. There are two significant differences, however, both involving a relatively small number of companies reporting sales tax: telecommunications services and natural gas and electricity used by residential customers.

The residential use of natural gas and electricity was taxable under the state sales tax until 1978, when both were exempted. Cities levying a sales tax were allowed to retain (or later impose) the sales tax on residential gas and electricity — a “grandfathering” provision — by city ordinance. At this writing, 776 of Texas’ 1,150 cities with a local sales tax (and 17 special-purpose districts, authorized under a separate change in law effective Jan. 1, 2010) impose the tax on household energy use.

Similarly, the state sales tax applies to telecommunication services, while local governments may tax them only if their voters approve. Among those imposing a local sales tax, about half of Texas cities, seven of 10 metropolitan transit authorities, 38 of 123 counties and 129 of 261 special-purpose districts tax these services.

More than 40 percent of Texas sales taxpayers remit their taxes and tax reports on a quarterly basis. Depending on the size of the business, some taxpayers remit and file monthly or annually, the latter in the case of very small businesses or those with infrequent sales.

Sellers must file a tax return even if they have no sales for the reporting period or if all their sales are nontaxable. Taxpayers who file their returns on or before the due date are entitled to retain 0.5 percent of the tax collections, as reimbursement for the cost of tax collection and paperwork.

Taxpayers with a single storefront can report the tax collected with a brief sales tax form only a few lines long.

Taxpayers with a single storefront (or “outlet”) can report the tax collected with a brief sales tax form only a few lines long. Most larger taxpayers, with multiple locations and (possibly) more complex transactions, must provide a lengthier form, often with supplementary sheets to fully document their sales and collections. A few taxpayers in special circumstances (such as businesses remitting tax on their own purchases rather than paying it to the vendor) use special forms tailored to their circumstances.

For a taxpayer who sells only physical goods from a “brick-and-mortar” location without more complex business dealings, the process of filing a tax return and paying — even for multiple outlets — is relatively easy. The Comptroller’s office is always willing to provide forms, instruction and advice via its website, and to help taxpayers on the phone or by email.

In fiscal 1990, 35 percent of all tax dollars collected by the Comptroller’s office were sent electronically; by fiscal 2015, this share had risen to 98 percent.

When a taxpayer applies for a sales tax permit, the Comptroller’s office must be notified of the address of each outlet. The agency can pinpoint exactly what local sales tax jurisdictions — and tax rates — are in force at each outlet. (These data are updated as needed to reflect current rates and boundary changes.)

For nearly 60 percent of all filers, the agency will provide paper and online sales tax forms with the appropriate local tax rate already filled in for each outlet. All the taxpayer has to do at this point is to multiply the total local sales tax rate by the amount of taxable sales at each outlet to get the total amount of tax due for that location.

The remaining taxpayers (about 263,000) must report their collections with a list itemizing the tax collected for each applicable local jurisdiction. These taxpayers, informally called “list filers,” generally are businesses that make certain types of online sales, sell certain taxable services or have large or complex business enterprises with numerous outlets.

Taxpayers paying more than $10,000 annually in state and local sales tax are required by law to remit tax money online.

Over time, increasing numbers of sales taxpayers have chosen to pay and file reports online; it’s easier and cheaper for them and the Comptroller’s office. Taxpayers paying more than $10,000 annually in state and local sales tax are required by law to remit tax money online. Taxpayers paying more than $50,000 annually are required to file tax returns online as well. In practice, most taxpayers required to pay electronically also report electronically.

“Online” filing can mean the Comptroller website set up for this purpose, or another format such as electronic data interchange or EDI, typically used by larger taxpayers with more complex filings. Tax payments may be sent by electronic funds transfer or credit card through the Comptroller’s WebFile system, as well as by other fund transfer protocols generally used by larger taxpayers.

Certain basic issues arise repeatedly in the administration of Texas’ complex web of local sales taxes. One concerns taxability: is a purchase taxable or not?

Exemptions for taxable items can seem ambiguous or subject to interpretation, and taxability issues can and often do arise during audits, administrative hearings, court proceedings or all three, particularly in cases involving purchases by businesses. When such events result in a finding that no tax was in fact due, state and local sales taxes paid will be refunded to the taxpayer.

Another issue arises from determining the appropriate taxing jurisdictions for any purchase.

Occasionally, for instance, taxpayers will move a store from one jurisdiction to another and neglect to inform the Comptroller’s office of the move. The taxpayer continues to report the new location’s sales under the original location, and consequently the local tax is reported and paid to the wrong jurisdiction.

Or perhaps a company opens an additional outlet, again failing to inform the Comptroller’s office, and uses its sales tax forms, preprinted for the first outlet, to report sales and taxes due for both locations. In such cases, the first jurisdiction is overpaid while the second loses out.

Such missteps often are discovered in a routine audit. The Comptroller’s subsequent rerouting of some local sales tax revenue can, of course, create a short-term revenue disruption for a local government, although the amounts in question generally aren't significant in terms of an entire budget. For a small jurisdiction, however, the loss of revenue due to a large refund or the rerouting of erroneously allocated revenue can cause some financial strain.

Such effects can be magnified by the state’s statute of limitations, which allows issues of this sort to be addressed for up to four years after the fact, or even longer depending on various actions taken by the taxpayer.

In short, it’s quite possible for a jurisdiction to lose revenue allocated (and spent) years ago to a later refund or reallocation.

The administration of local sales taxes will never be trouble-free, since a single location can lie within two, three or more local jurisdictions.

The single point of contact the Comptroller’s office provides for all aspects of local sales tax administration benefits Texas’ 640,000 sales taxpayers by making the process streamlined, consistent and workable across the state. It frees businesses from the burden of reporting and paying sales tax to multiple jurisdictions, and allows local governments to avoid administrative duties that would shift vital funding away from police, fire departments and emergency services, transportation and many other important local functions.