As noted in the last issue of Fiscal Notes, the rate of new business formation is declining both nationally and in Texas. In this issue, we consider some of the hurdles involved in starting a new business. 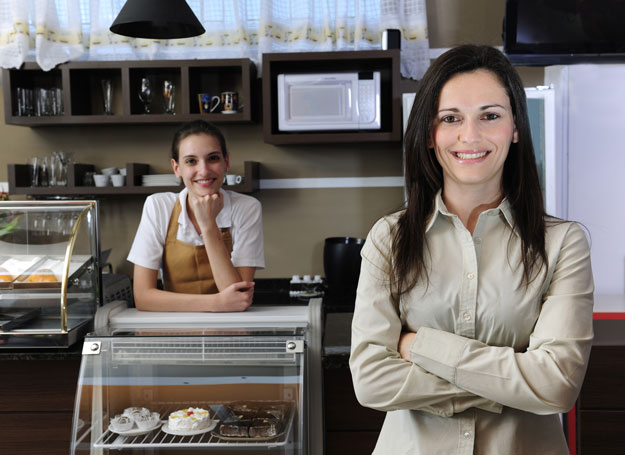 In 2015, Texas ranked first among these states for small-business friendliness; of the 10 most populous states, only Texas and Georgia ranked in the top 10 (Exhibit 1).

The Thumbtack survey also ranks dozens of U.S. metropolitan areas, and all five of Texas’ largest cities ranked among the top 15 included in the survey (Exhibit 2).

Other surveys and rankings paint a similar picture for Texas.

Texas is consistently lauded for its business-friendly tax framework, particularly for new and small businesses. Texas does not have a personal income tax, and sole proprietorships, the state’s most common form of new business, are completely exempt from the franchise tax, its main business tax.

Texas is among only five states that do not levy any business tax, personal income tax or fee on sole proprietors, allowing them to invest more of their profits back into their businesses. (The others are Alaska, Florida, South Dakota and Wyoming.)

Texas also exempts many other small businesses from any tax obligation. For 2015, all businesses with total revenues of less than $1.08 million or total tax liabilities of less than $1,000 owed no franchise tax. These provisions saved Texas businesses about $256.6 million in fiscal 2015. Many other states, including California, New York and Florida, have minimum tax requirements.

Furthermore, taxable entities with less than $10 million in total revenue are eligible for a reduced franchise tax rate (the “E-Z” rate). This saved Texas businesses an estimated $27.9 million in fiscal 2015. And most recently, the 2015 Texas Legislature approved a 25 percent reduction in the state franchise tax rate.

Texas’ asset protections are among the nation’s most generous, protecting certain assets from seizure by creditors regardless of whether an individual files for bankruptcy protection. It’s an important consideration for those facing the financial risks of entrepreneurship.

Texas, moreover, is one of only a few states that allow most individuals filing for bankruptcy under state law to protect the entirety of their homesteads (Exhibit 3).

And Texas offers the choice of filing for bankruptcy under state or federal exemption laws, an option some other large states such as California, Florida and Illinois do not provide.

Exhibit 3: Homestead Exemptions in the Five Most Populous States

Note: This exhibit reflects state bankruptcy laws. Debtors in some states including Texas may choose to file under the federal bankruptcy system.

* California has two distinct statutory schemes under which its residents can exempt property. Exemption shows maximum available under either scheme.

Recent statutory changes in Texas could further encourage entrepreneurship. For example, Texas was among the first states to approve an “equity crowdfunding” exemption to its securities regulations.

The growing popularity of crowdfunding sites, such as Kickstarter and Indiegogo, has encouraged many new and prospective businesses to make appeals for funding though these services. Until recently, however, those making these appeals could offer various awards in exchange for contributions — but not equity in the company itself, as with a traditional business investment. Only “accredited investors” (those above a certain level of net worth) were permitted to receive equity in a company in exchange for investment.

Since November 2014, however, Texas startups can offer equity in their ventures to any in-state investors, regardless of their resources. While there are some restrictions on the total amount such individuals can invest, equity crowdfunding could become another important tool for small businesses seeking capital.

Despite its business-friendly reputation, some factors undoubtedly discourage potential entrepreneurs in Texas. Whether or not these have contributed to the slowdown in business entry rates, they certainly influence decisions on whether to start new ventures.

Texas trails many other states in some important measures of financial ability.

Nearly half of all U.S. startup businesses rely on personal or family assets to finance some portion of their initial costs. In a recent Gallup poll, 68 percent of potential entrepreneurs cited a lack of sufficient personal savings as a barrier to starting a business.

Texas, unfortunately, is well below national averages for some measures related to assets. Its rates of “unbanked” or “underbanked” households — those that lack bank accounts entirely, or lack access to the basic financial services, such as personal loans, that banks provide — are among the nation’s highest (Exhibit 4).

Texans who lack such basic advantages will find it much harder to engage in nearly every type of entrepreneurial activity. Simply participating in the traditional banking system can have tangible benefits. The Brookings Institution has estimated that an average full-time worker who banks at a traditional financial institution can save more than $40,000 during his or her working life.

Texas also has one of the nation’s lowest homeownership rates. According to an analysis of recent Census data (2013), just 61.8 percent of Texas’ housing is owner-occupied, a lower rate than in all but seven other states. Not owning a home, most people’s most important asset, presents another roadblock for prospective entrepreneurs seeking capital.

Texas does, however, provide some tools at the local level to help low- and moderate-income families save and buy homes.

Individual development accounts (IDAs), for example, are matched savings accounts that can be used for starting a small business or for other personal transactions, such as purchasing a home or attending college. In exchange for meeting requirements such as attending financial education classes and committing to saving on a regular basis, participants in IDA programs are granted a match for every dollar they save. Some IDA programs in Texas are federally funded, while others are supported by nonprofit organizations, local governments, community colleges and private businesses.

Taxpayers can search for IDA programs and other asset-building aids in their areas through an online tool offered by Raise Texas, a statewide network of nonprofits, businesses and public institutions that supports asset-building initiatives.

Access to venture capital represents another problem for entrepreneurial Texans. While Texas’ venture capital activity is strong, it is far less robust than that seen in other large states such as California and New York (Exhibit 5). In fiscal 2014, Texas businesses accounted for only 3 percent of all venture capital investments in the U.S., while California’s received 56 percent. No Texas companies were among 2014’s 25 most active venture capital firms.

Exhibit 5: States With The Most Venture Capital Deals, 2014

Roll over the charts for specific values.

Texas’ venture capital investments are focused primarily in the Austin area, implying significant opportunities for growth in other areas of the state (Exhibit 6).

Exhibit 6: Texas Cities With The Most Venture Capital Deals, 2014

Texas’ state government has focused much of its economic development efforts on direct grants to companies, through the recently abolished Emerging Technology Fund and other programs. One challenge facing such programs thus far has been the inherent risk and controversy involved in using taxpayer dollars to directly fund young companies that may end up failing.

There’s an alternative model, however, often called “funds of funds,” which generally involves loaning bond revenues to proven, expert investors, who then combine the funds with privately raised capital to make equity investments in qualifying small businesses. The profits from the businesses' eventual acquisition or public offerings, if any, are split between the state and the investment fund, resulting in a self-perpetuating program.

Such efforts have seen some success. For example, the Ohio Capital Fund has attracted $939 million in private investments — more than eight times the state’s own investment — to early-stage companies in Ohio. This funding has generated an estimated 2,600 jobs with average salaries of $73,569.

Texas has a similar program, called Jobs for Texas (J4T), administered by the Department of Agriculture. J4T, however, relies entirely on a one-time $46.5 million award from the federal government. Its investments have attracted nearly $395 million in outside private financing and led to the creation or retention of an estimated 1,150 jobs.

According to the latest Census data, Texas also ranks below average in computer ownership and high-speed Internet usage. Communities near the U.S.-Mexico border have particularly low rates, with McAllen, Brownsville and Laredo reporting some of the lowest rates among all U.S. cities.

Yet online commerce has become enormously important to the state and national economies. A recent Boston Consulting Group report estimated that the Internet now accounts for $14.5 trillion in annual U.S. economic output, or about 4.7 percent of the nation’s total gross domestic product.

Furthermore, the report suggests that a business’ use of the Internet has a direct impact on its growth. Small- and medium-sized enterprises in the U.S. that reported extensive Web use saw their sales grow by 10 percent in a recent three-year period. Similarly sized businesses reporting little or no Web activity saw sales shrink by 5 percent in the same period.

Texans without access to and familiarity with computers and the Internet are poorly equipped to start new businesses and remain competitive in an increasingly digital economy.

The complexity, time-cost, and monetary expenditure of obtaining and keeping licenses and permits was the most important issue for small businesses when rating the friendliness of their states.

The need for occupational licenses is receiving increased attention from business and government alike. A July 2015 White House report found that about a quarter of all U.S. workers now require a license to do their jobs, and that the share of state-licensed occupations has risen fivefold since the 1950s.

The 2014 Thumbtack survey of small business owners stated, “ The complexity, time-cost, and monetary expenditure of obtaining and keeping licenses and permits was the most important issue for small businesses when rating the friendliness of their states.”

Texas has fewer licensing requirements than many other states. An often-cited 2007 survey conducted by the Reason Foundation found that Texas had 78 licensed job categories versus a national average of 92.

According to a 2012 study by the Institute for Justice, however, while Texas licenses fewer lower-income occupations than most states, it places more burdensome requirements on those it does license, posing a substantial barrier to some aspiring entrepreneurs.

Texas ranked 38th among states for its number of licensed occupations, but 17th for the average burden of its licensing requirements, a measure accounting for factors such as average fees, minimum educational requirements and the average number of required exams. According to the Institute for Justice, in 2012 Texas’ licensing requirements imposed "an average of $304 in fees, 326 days of training and two exams on those wishing to enter licensed occupations."

Occupational licensing is a continuing area of regulatory concern for Texas policymakers. The 2015 Legislature, for example, removed a requirement for operators of braiding businesses to hold barber or cosmetology licenses.

The sheer number of Texas license oversight entities — currently 42, according to the Texas Legislative Council — is not the only source of complications for entrepreneurs. Texas’ regulatory agencies have very broad authority to set licensing rules and fees.

Section 2001.039 of the Texas Government Code requires state agencies to review each established rule at least once every four years after its effective date, to determine whether it should remain, be changed in some way or be eliminated. The state, however, lacks an official mechanism to oversee this rule review, so licensing entities are self-governing in this regard.

With all its advantages — and despite its challenges — Texas remains one of the nation’s best places to launch a new business.

For many entrepreneurs, the most difficult part of starting a new business is learning where to start. Many national, state and local resources are available to help them, however, including the Comptroller’s own Texas Business Advisor page, as well as the Raise Texas online tool for locating asset-building programs in your area. FN

For more information on Texas taxes, visit the Taxes section of Comptroller.Texas.Gov.