To many, the information age has been defined largely by the rise of digital companies that were born in apartments and garages and quickly made their young founders billionaires. It’s easy to think we live in a golden age for entrepreneurs. 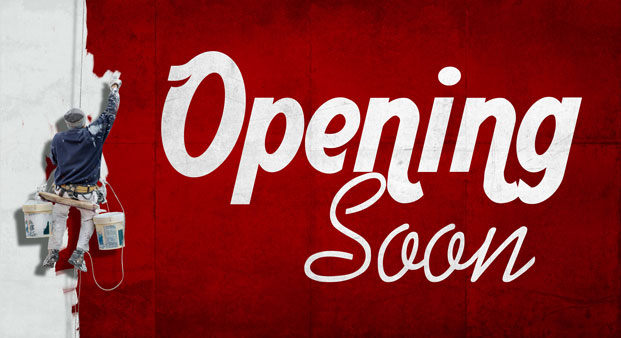 In fact, however, entrepreneurship — as measured by the rate at which brand-new businesses enter the economy — has declined steadily for the last three decades. Today, older, bigger companies dominate an increasing share of America’s business landscape. And importantly, this trend isn’t isolated to specific regions or industries. It’s common throughout the economy.

Yet new businesses, however small, are enormously important to job growth and productivity gains.

In Texas and the nation as a whole, declines in the entry rate were particularly substantial after the Great Recession of 2008 and 2009. The rate has recovered somewhat in recent years, but remains well below pre-recession levels. New firms are struggling to gain momentum. In fact, the number of new firms declined in 2013 in both the U.S and Texas.

By contrast, firm exit rates (companies closing their doors as a share of all businesses) remained mostly steady between 1982 and 2013. The U.S. firm exit rate ticked up during the Great Recession and actually surpassed the entry rate in 2009, but fell back by 2012. In other words, new firms are entering the market more slowly, while closing rates have remained relatively stable for decades.

Research by the Ewing Marion Kauffman Foundation and others has found that the downward trend in firm entry rates can be seen in all 50 states and nearly every major metropolitan area, as well as across industries. Even the tech sector, famed for its startups, has seen a decline in entrepreneurship since 2000.

A related measure shown in Exhibits 1 and 2, the job reallocation rate, captures employment turnover in the economy, also known as “churn” — through business expansions, contractions, starts and closures — and it’s also on the decline. A steady rate of churn is crucial for the efficient allocation of labor and other resources. A declining reallocation rate indicates a less vibrant and dynamic economy, which in turn could weaken productivity and innovation.

(Note that self-employed workers are excluded from Census statistics. Self-employment saw significant growth during the 1980s and 1990s, but has fallen since the Great Recession.)

Numerous studies have confirmed the correlation between entrepreneurial activity and economic growth.

Numerous studies have confirmed the correlation between entrepreneurial activity and economic growth.

A 2003 examination by the Census Bureau’s Center for Economic Studies, for instance, found positive links between new business entry rates and economic expansion. Similarly, one 10-year academic analysis of 48 U.S. states found that those with a higher share of employment in very small businesses see higher levels of productivity and economic activity.

New firms, moreover, have a disproportionately large impact on job creation, accounting for about 20 percent of all new U.S. jobs annually. This quality is an important feature of new firms, particularly when compared to the volatile employment swings of established firms (Exhibits 3 and 4).

Job creation by new firms fell during the Great Recession, and has struggled to regain its pre-recession levels in Texas and the U.S. New firms in the U.S. as a whole created 1.4 million fewer jobs in 2013 than in 2006, a 35 percent drop. While Texas’ new businesses fared better, job creation by these firms in 2013 was down by 22.5 percent from 2005 levels.

Many economists are puzzled by the widespread decline in new firm formation. Recent research, however, points to two possible causes: slower population growth and business consolidation — the combination, through mergers and acquisitions, of multiple smaller businesses into fewer, larger ones.

According to the Brookings Institution, business consolidation can be measured as the ratio of average firm size (in number of employees) to average establishment size, also by employee count, with “establishment” in this case meaning a single unit of a larger business, such as a single store in a retail chain or a manufacturing firm owned by a larger company.

For a region whose businesses operate only out of single stores or factories, the ratio would be 1/1, or 1.0 — each business has a single establishment. In the age of big-box retail, nationwide cellphone companies and the like, however, such ratios are unlikely.

As businesses grow through mergers and acquisitions, then, their average numbers of employees will increase, driving up the consolidation ratio.

A high level of business consolidation can make it more difficult for new businesses to enter the market.

A high level of business consolidation can make it more difficult for new businesses to enter the market. Larger businesses often enjoy advantages, such as greater economies of scale and brand-name recognition, which may not be available to new businesses.

The decline in entrepreneurial activity is particularly noticeable among younger adults.

The share of young adults owning whole or partial stakes in private businesses has fallen substantially since the late 1980s, according to the Federal Reserve (Exhibit 6). In 1989, 10.3 percent of families headed by a person younger than 35 owned all or some part of a business. By 2013, this share had fallen to 6.5 percent. Ownership among those aged 35 to 54 declined as well, but remained higher than among those younger. Those 55 to 74 actually increased ownership rates.

Source: Board of Governors of the Federal Reserve System

Across America, the same pattern was seen even more strongly. The share of U.S. firms five years old or younger fell from 43.5 percent to 33 percent, while their employment share dropped from 18 percent to 11 percent.

Roll over the charts for specific values.

Though researchers question whether trends toward greater business consolidation and increasing employment at older firms are directly linked, it is clear that these trends are occurring simultaneously.

The decline in business entry rates has resulted in an older, larger and more consolidated business population, a shift making it increasingly difficult for new companies to compete with entrenched businesses for market share.

Some measures signal that entrepreneurial activity may be slowly increasing. The Kauffman Foundation’s Index of Startup Activity measured a slight increase in its 2015 edition, ending four years of decline (Exhibit 9).

Texas ranked 17th among all U.S. states in the 2015 index, down from 13th in 2014, yet its measures were even with or above U.S. averages. Notably, the Austin-Round Rock area had the highest startup density among U.S. metro areas, as well as the highest rate for new entrepreneurs, averaging 550 per 100,000 adults each month.

In addition, the San Antonio-New Braunfels area led all Texas metros with an 86.5 opportunity share in 2015, meaning that 86.5 percent of new entrepreneurs in the area were previously employed. Typically, businesses created from opportunity, rather than necessity, enjoy better growth prospects.

Declining startup rates in the U.S. as a whole may have contributed to the tepid growth in jobs and wages seen in most areas since the end of the Great Recession. Texas has fared considerably better, and continues to lure companies with its favorable business environment. Yet dwindling rates of new business formation pose a significant risk to our future prosperity.

Given the large importance of startups to job growth, competition and productivity, Texas policymakers should closely monitor and nurture entrepreneurial health. FN