The Hotel Occupancy Tax A Short History of a Complex Levy

When booking lodging in Texas, you’re often spoiled for choice — lots of beds at lots of different prices. But however much you spend, you’re also contributing to the state and local governments by paying combined hotel occupancy taxes of anywhere from 6 to 17.5 percent, depending on where you stay. 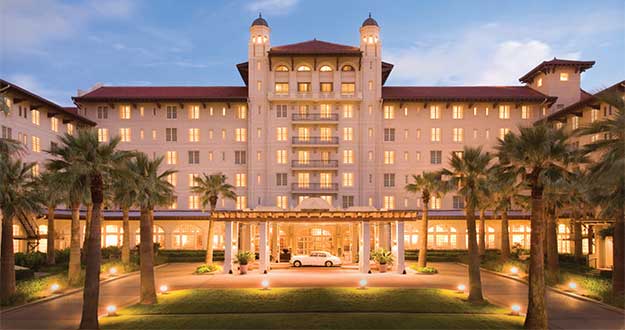 The state’s HOT tax, as it’s often called, has been around since 1959, when the Texas Legislature enacted a 3 percent hotel occupancy tax. Two rate hikes by lawmakers in the 1980s brought it to the present state rate of 6 percent.

In fiscal 2015, the state collected almost $526 million in state hotel occupancy taxes (Exhibit 1). The state’s General Revenue Fund receives nearly 92 percent of this revenue, with the remainder allocated to a state Economic Development Account that supports the tourism advertising and marketing activities of the Texas Governor’s Economic Development and Tourism office.

In the early 1970s, the Legislature authorized municipalities to collect the first local hotel occupancy taxes in Texas. In 1981, the Legislature began permitting some counties to levy their own HOT taxes; legislation in the intervening years has increased the number of eligible counties to about 70.

And in 1997, the Legislature offered hotel occupancy taxing authority as one of several revenue options to support sports and community venues, to be levied by a city, county or a partnership between the two. Houston and Harris County, for example, created the Harris County – Houston Sports Authority in 1997 to support the Houston Astros baseball stadium, now called Minute Maid Park. Today, Texas cities and some counties may establish up to a 2 percent hotel occupancy tax to support a venue, if approved by public referendum.

Over the years, the Legislature has authorized the return of a portion of the state HOT tax collected in six communities — Corpus Christi, Galveston, Port Aransas, Quintana, South Padre Island and Surfside Beach — to clean and maintain public beaches and shorelines within those municipalities.

In addition, various amendments to state law have permitted temporary state tax rebates to fund convention centers and related hotel facilities. The most recent was in 2015, when the Legislature amended the law to allow state tax rebates to six cities — El Paso, Frisco, Nacogdoches, Odessa, Round Rock and Tyler — to repay bond debt for a hotel project built within 1,000 feet of a convention facility. Ten cities were already eligible for these rebates.

The 2015 rebates weren’t passed without controversy. During a boisterous debate in the 2015 legislative session, opponents criticized the Legislature’s selective action in permitting HOT tax rebates for some cities but not others. Lawmakers on both sides of the issue proposed granting the rebate to many more cities — including some that weren’t even considering developing a hotel convention center — to ensure their home areas weren’t left out. The additional rebates didn’t pass, however, and the legislators opposing them made their disapproval loud and clear.

Under Texas law, local HOT revenue can be used only to directly promote tourism and the convention/hotel industry. This means the proceeds should be spent on projects or events that result in visitors or attendees staying overnight in the community, generating more hotel occupancy tax. The Texas Municipal League describes this as the first part of a two-part test it calls the hotel tax "two-step."

Provided the first test of directly promoting tourism and hotel activity is met, the expenditure then must fit into one of the categories authorized by statute. According to the Comptroller’s Data Analysis & Transparency Division, these categories include:

What You Pay When You Stay

Determining the amount you pay in hotel occupancy tax is simple for locations with state HOT tax only — with few exceptions, a room costing at least $15 per night is subject to a 6 percent state tax anywhere in Texas. (Local hotel taxes are levied on room nights costing at least $2.) The state and any applicable local tax is due on stays of no more than 30 consecutive days, unless the stay qualifies for another type of hotel tax exemption, such as that given to federal employees on official business.

The Legislature has authorized local HOT levies in piecemeal fashion, however, often through complex descriptions applying only to specific communities.

The Legislature has authorized local HOT levies in piecemeal fashion, however, often through complex descriptions applying only to specific communities. Taxes may be due to the state and as many as three separate local jurisdictions collecting under the authority of different Tax Code and Local Government Code statutes.

In spring 2016, for instance, the authors priced a $188 room for a single midweek night in downtown Austin, a few blocks from the state Capitol. Hotel occupancy taxes of about $28 were tacked onto the bill, including 6 percent to the state, 7 percent to the city of Austin and another 2 percent supporting the Austin Convention Center.

Texas law for county hotel tax rates (Texas Tax Code 352) has been amended 29 times. Current law sets the cap for county HOTs at between 0.75 percent and 9 percent, depending on factors such as the county’s population, the population of cities within its borders and geographical features such as proximity to Mexico, the Gulf of Mexico, the Neches River or a national park.

The statute governing the maximum city hotel tax rate (Texas Tax Code 351) has been amended 11 times, and currently caps the tax at 7 percent, 8.5 percent or 9 percent, depending on factors such as the city’s population and its proximity to the Gulf of Mexico, the state of Louisiana, Lake Palestine or a coastal barrier island.

The maximum tax rate for cities and counties levying a tax for sports and community venues (Texas Local Government Code 334 and 335) is 2 percent (or 3 percent for Dallas County only).

Unfortunately, again due to the piecemeal implementation of hotel occupancy taxes across Texas, there is no comprehensive list of local rates, or even of jurisdictions levying the tax. In fact, not every county is permitted by law to levy the tax. To determine the local rate at any location, the most practical course may be to check with the establishment where you plan to stay.

At present, it appears that about a third of eligible Texas cities, counties and special-purpose districts levy and collect local HOT taxes. To learn more, in early 2016 the Comptroller’s office surveyed a number of Texas local governments on their use of hotel taxes. (See the survey results in detail.)

Among the survey participants, 61 percent of cities and 28 percent of counties levy a hotel occupancy tax. In their most recent fiscal year, survey respondents reported these entities collected a combined $135.9 million. Many of the largest cities and counties did not submit data for the survey, however, so it’s fair to assume that local HOT taxes bring in significantly more.

Of the 358 Texas cities responding to the Comptroller survey, 217 levy hotel tax (Exhibit 2) and collected $126.3 million in their most recent fiscal year. Most of the responding cities (84 percent) collect the maximum allowable tax rate of 7 percent or, in three cases, 9 percent.

Just 16 of 57 counties responding to the survey levy the hotel tax, collecting $9.7 million in their most recent fiscal year (Exhibit 3). In many cases, the 17 percent cap placed on combined HOT levies prevents counties from collecting the maximum statutory tax rate because of overlapping boundaries with cities. Half of the responding counties levying the tax collect 2 percent.

The complexity of hotel occupancy taxation reflects its development over time to suit specific community needs. That’s why the hotel tax on your bill for a weekend trip to Padre Island, a college football game in El Paso or a rodeo in Bandera can be vastly different.

Local governments levying the 9 percent tax rate — the highest available by law — mostly use it to support more than one venue or project, or to maintain public land on the Gulf of Mexico. Four jurisdictions participating in the survey collect the tax at 9 percent:

Brazos County collects a 2 percent venue tax for its Brazos Valley Fair and Exposition complex, and in 2013 introduced an additional 0.75 percent tax to contribute to the renovation of Texas A&M University’s Kyle Field. Although these rates are relatively low, Brazos County had the second-highest HOT revenue among the Comptroller’s survey respondents ($2.6 million in fiscal 2015) after El Paso County ($3.6 million), probably due to the high number of visitors to Texas A&M.

The city of El Paso collects the municipal hotel occupancy tax at 7 percent to support an auditorium and convention center, and in 2012 introduced an additional 2 percent levy via a venue district hotel tax for a multipurpose sports stadium. Combined city HOT taxes totaled $13.1 million in fiscal 2015.

Reeves County has a particularly complex history with venue-related HOT levies. In 2005, Reeves County and the city of Pecos formed a special district to levy the tax. Legislation approved in 2011 led to the dissolution of this district and the transfer of its revenues to a new county-controlled fund to collect a 2 percent venue tax. These funds may be used for the community center and rodeo, purposes cited in the election language that created the special district. Broader uses intended for the venue tax, such as advertising and promotion of the arts and heritage, are supported by Pecos’ 7 percent city HOT tax.

Many communities whose economies were buoyed by high oil prices just a few years ago have seen a marked decline in HOT revenue.

HOT Revenue in the Oil Bust

Many communities whose economies were buoyed by high oil prices just a few years ago have seen a marked decline in HOT revenue, as lower oil prices spur producers and service companies to cut back on staffing and related spending. Once-bustling hotels in the oil patch now have empty rooms and are cutting prices to compete for what trade is left.

In the Eagle Ford Shale region, for example, the city of Kenedy has seen its HOT revenue plummet from $257,000 in the first quarter of fiscal 2014 to less than $123,000 in the same quarter of 2016. Such steep declines are commonplace across South Texas oilfield cities and counties.

It’s a similar story in the Permian Basin. For example, Brownfield’s local HOT revenues have been declining steadily since oil prices began falling in summer 2014. Collections exceeded $65,000 in the third quarter of 2014, but fell to just $31,000 in the first quarter of 2016.

What’s Next for Local Hotel Taxation?

If history is a guide, the 2017 Legislature probably will see bills filed on behalf of communities seeking authority to levy a hotel tax, or to expand their spending authority to convention facilities or hotels to serve them.

One thing that’s unlikely to happen is a streamlined, one-size-fits-all approach to clean up the complex HOT statutes. That might take a session in itself. FN