As we saw in Part I of this article, Texas spends a mountain of money on its roadways — and needs to spend more if we want to keep traffic moving across our rapidly growing state. 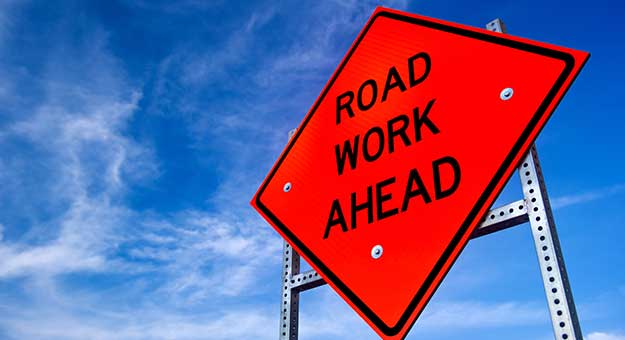 Reliable transportation infrastructure is critical to economic development. Industries can thrive or die depending on the reliability and speed of their transportation options. A 2016 survey of corporate executives by Area Development magazine, for instance, ranked highway accessibility second among the top 10 site selection factors, just behind the availability of skilled workers. Highway accessibility has ranked first or second in importance in this survey for more than a quarter-century.

Yet in Texas and across America, basic transportation infrastructure is aging and increasingly at risk. According to a 2013 study by the American Society of Engineers, inadequate roads could cost the U.S. economy more than 400,000 jobs by 2040, particularly in high-value and high-paying sectors such as tech and manufacturing.

Efforts to expand and repair our roads also carry an economic impact, however — a large and beneficial one.

As noted in Part I, Texas roadways face significant challenges. The state’s population is expected to rise to nearly 45 million by 2040, yet traditional transportation funding is based on per-gallon motor fuels tax rates that have not risen since 1991, and ever more fuel-efficient cars have further depressed gas tax revenue. The Texas Department of Transportation (TxDOT) estimates it will require about $60 billion in the next five to 10 years to improve connectivity and traffic flow in Texas’ urban areas, as well as an additional $20 billion for statewide connections and border-trade projects.

For Texas motorists, the costs of inadequate roads are cumulative and personal. According to the transportation research organization TRIP, the average American motorist pays an additional $516 each year in added vehicle operating costs due to driving on poorly maintained roads. But many Texas drivers pay more, with additional costs averaging $838 in San Antonio, $815 in El Paso, $772 in Houston, $716 in McAllen and $549 in Corpus Christi.

Investments in new roads, improvements and routine repairs can extend the life of the state’s roadway system, preventing or postponing more expensive reconstruction while reducing transportation and commuting costs and improving access to goods and services.

Texas roads are essential to the state’s burgeoning tourism industry. Millions of people visit Texas each year, and they’re often driving. According to a June 2015 report prepared for the Texas Governor’s Office, travel had a $70.6 billion impact on the Texas economy in 2014, directly generating 630,000 jobs and indirectly supporting another 473,800. It also generated $6 billion in state and local tax revenues. Consultation with the Governor’s Office indicates that more than half (54 percent) of travel spending in Texas comes from out-of-state travelers, and among domestic visitors, 61 percent travel by auto.

Of course, Texans also travel around our state — a lot. The average one-way distance for a Texan visiting a Texas destination is 161 miles.

Transportation investment is an effective way to stimulate economic development. IHS Global estimates that every $50 billion invested in federal highways and public transit programs generates an average of $31 billion in personal income tax receipts and $6 billion in federal corporate tax receipts due to increased economic activity.

In general, transportation investment affects the economy in two ways: by increasing the demand for construction services and building materials, and by enhancing the connectivity of businesses and people.

Exhibit 2: Estimated Economic Benefits of $25 Million in Texas Road Spending Due to Reduced Costs for Transportation and Access to Goods and Services

To examine such impacts in Texas, the Comptroller’s office worked with Regional Economic Modeling, Inc. (REMI) to estimate the near- and long-term impacts of road spending between 2017 and 2040 in rural and urban Texas areas (Exhibit 2). The REMI team used TranSight, a dynamic transportation economic model, to examine the net efficiencies resulting from transportation spending. The exercise was based on four randomly selected counties in the Panhandle (Armstrong, Carson, Donley and Gray counties) and three in the Houston area (Fort Bend, Harris and Montgomery counties).

In the Panhandle area, an additional $25 million for transportation infrastructure construction could create more than 300 jobs in 2017. By 2020, if the investment reduces the cost of transportation (including commuting as well as all other travel) and access to goods and services by just 2 percent, the project would yield 224 additional jobs in that year, lifting real gross state product (GSP) by $16.8 million. By 2040, a continued 2 percent reduction in costs could mean an additional 216 jobs and $20.3 million in GSP in that year.

If the $25 million spending increase resulted in a 5 percent reduction in costs, the area could see 575 additional jobs in 2020, with an increase to real GSP of $43 million. In 2040, a continuing 5 percent cost reduction could result in another 552 jobs and $52.1 million in GSP.

If the additional spending creates additional lanes and other highway construction projects, in 2020 the Houston area might see a 5 percent reduction in costs and a resulting increase of 73,100 jobs plus $16.2 billion in additional GSP. By 2040, the 5 percent cost reduction could result in another 122,400 jobs and $43.4 billion in GSP.

Here in My Car

According to the Census Bureau’s 2014 American Community Survey, more than 91 percent of Texans commute to work each day by personal vehicle. Among the 10 most populous states, Texas ranks fourth in its share of workers who commute to work alone in a car, and seventh in terms of statewide average commute times (Exhibit 3).

Any further delays in transportation improvements may compromise the state’s budget and make future decisions more expensive and more painful.

While road construction costs have risen rapidly in recent years, this growth has slowed dramatically since the Great Recession ended, particularly in the all-important category of borrowing costs. As the national economy continues to recover, however, prices will rise. Any further delays in transportation improvements may compromise the state’s budget and make future decisions more expensive and more painful.

The Texas economy relies on the speedy, reliable and cost-efficient transport of components, finished goods and raw materials to and from state, national and international markets. Advanced communications and cost-cutting business innovations, such as just-in-time delivery and push-style distribution, demand ever-faster shipments.

Poor roads cost Texans money — and sometimes their lives. Extra fuel, repairs, lost time and reduced productivity all have a negative impact on the economy by affecting the competitiveness of Texas businesses. Transportation infrastructure spending, by contrast, positively affects local and state economies by connecting businesses, customers, goods and services more efficiently, which in turn enhances business expansion as well as safety. FN

A Time to Plan, A Time to Build

Selecting, planning and executing a transportation infrastructure project takes time. How much time depends on a number of factors including need, economic conditions, environmental issues and — most importantly — the availability of financing. The time frame from need identification to construction for any project varies but typically takes about four years (Exhibit 4).

Needs are identified through a variety of sources at the community, state or federal level. TxDOT also operates a variety of performance monitoring programs to support this process. This step offers the first opportunity for public input into a potential new project.

TxDOT conducts further analyses related to safety, congestion and other needs. A preliminary project concept is developed to identify next steps for project development, including a preliminary funding strategy.

Project development may range from a few months for simple projects to several years for more complex projects. During this stage, TxDOT’s funding strategy continues to be refined as needed.

Many types of projects require preliminary design and examination of environmental and community impacts. For many projects, this stage involves a high level of public engagement.

Detailed Design, Right of Way, Utilities and Other Preparations

At this stage, the project is fairly well defined and details of project construction are being addressed, including acquiring rights of way, moving utilities and other construction preparation.

To move forward to construction, a project must be fully defined and designed and all funding for construction identified. For most projects, public information about construction activities is critical to ensure public safety and to address construction-related traffic needs.

Percent of Jobs Created by Infrastructure Spending, by Sector