It’s a common if controversial practice: governments offering tax incentives to lure or retain businesses within their jurisdictions. 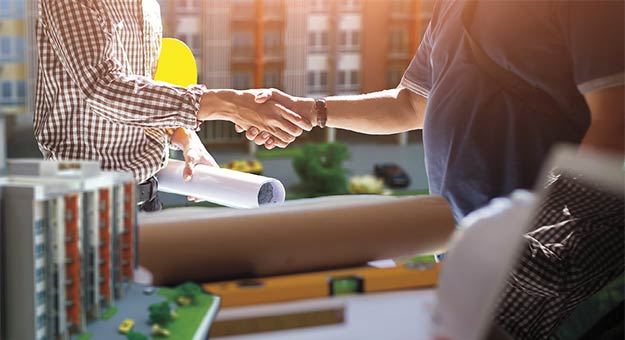 A survey produced by the International City/County Management Association found that 95 percent of U.S. local governments offer some form of tax-related business incentives. Of this group, nearly 69 percent offer tax abatements and credits.

The specific reasons for these tax breaks vary, but the basic strategy is usually the same: giving up or diverting some tax revenue in exchange for additional jobs, capital investments and increased economic activity, to enhance a prosperous community or revitalize a blighted one.

A persistent concern about such tax incentives, however, is the basic question of how well they work. Are they in fact generating the promised economic benefits? Are governments and communities getting their money’s worth? And the answers to such questions aren’t always easy to get.

A recent statement issued by the Governmental Accounting Standards Board (GASB) is intended to bring greater transparency to governmental uses of tax incentives, yielding the sort of information governments and citizens alike can use to judge their merits.

GASB is a private organization that develops and issues accounting and financial standards for U.S. state and local governments. These standards are intended to improve financial transparency so those reviewing government financial statements, whether bond holders, oversight bodies or taxpayers, have the information they need to better understand how well a government is managing its resources.

GASB’s standards aren’t legally binding, but some states including Texas invest them with this authority, and auditors of government financial statements interpret them through the lens of GASB standards and principles when determining whether they’re fairly presented.

Periodically, GASB issues statements to add to or refine its standards. One of these issued in August 2015, GASB Statement No. 77: Tax Abatement Disclosures, calls for greater scrutiny of tax-based incentives intended for economic development.

GASB 77 applies to reductions in state or local tax revenue resulting from an agreement in which one or more governments promise to forgo those revenues in exchange for a business’s promise to take a specific action that contributes to economic development or otherwise benefits the governments or the citizens they serve.

Under GASB 77’s definition, these reductions include tax abatements, credits and refunds and other incentives offered in exchange for a benefit from a private business.

In March 2012, the city of Austin and Apple signed a Chapter 380 Economic Development Agreement. Was it a success? Read Jobs in the Apple Cart to find out.

GASB 77 covers fiscal years starting in calendar 2016 and beyond. (This includes part of Texas’ fiscal 2017.) It requires state and local governments to disclose information about various tax incentives offered to private interests in exchange for public benefits, so that the public has essential information about the agreements and their impact on the government’s finances.

GASB 77 will require governments to present information on the scope and purpose of tax breaks offered for economic development, and to report the gross-dollar amount, on an accrual basis, by which the government’s tax revenues are reduced during each reporting period as a result of these agreements.

The GASB 77 disclosures have been criticized as incomplete and one-sided, in that they require jurisdictions to report costs but not the expected returns from the arrangements.

In a response to an initial draft of the statement, the Government Finance Officers Association, International City/County Management Association, National League of Cities, National Association of Counties and U.S. Conference of Mayors issued a joint letter saying that as written, GASB 77 wouldn’t fulfill its specified purpose, stating that:

Including only a disclosure about the abated tax revenue, without any mention of the return on investment analysis that preceded it or a discussion of the benefits expected as part of this agreement, only tells part of the story….

… we would recommend that the disclosure requirements include the expected outcomes resulting from the tax credit investments…. Omitting these impacts… [makes] them appear to be a liability on state and local governments in their financial statements. [Italics ours]

In response, GASB suggested the entities required to report incentive costs under GASB 77 also could include information about the past and expected financial benefits of such arrangements in their financial reports' introductory sections.

GASB concluded the statement wasn’t intended to “provide information needed to evaluate the effectiveness of tax abatement programs,” noting the benefits should ultimately be reflected in the government’s tax revenues and financial statements.

Some financial experts believe it may be appropriate to discuss expected benefits from tax breaks in the Management’s Discussion and Analysis (MD&A) narrative section of the financial report. The GASB-required MD&A introduces the entity’s financial statements by providing an analytical overview of its financial activities. GASB stipulates, however, that the MD&A include only factual information, not expectations.

For many governments, complying with GASB 77 requirements will be a challenge. One of the more significant obstacles is the need to determine which parts of an economic development strategy may fall under GASB’s umbrella of “tax abatements.”

To fall under GASB 77, a tax incentive must possess three essential characteristics:

The Comptroller’s office has conducted extensive research to determine what effect, if any, GASB 77 will have on Texas state government. The key criterion is whether or not a state entity foregoes tax revenues based on a prior agreement with an individual or entity. This agreement could be very broad-based, considering that GASB 77’s definition of tax abatements appears to include tax credits and refunds as well as abatements (as strictly defined).

Upon careful evaluation, the agency has determined some state programs may qualify as “tax abatements” under GASB 77, such as the state’s Enterprise Zone Program, which offers businesses state sales and use tax refunds on qualified purchases in exchange for creating jobs and investment in economically distressed areas.

But most activity affected by GASB 77 occurs at the local level, and these local governments will bear sole responsibility for reporting on their tax incentives.

One of the largest such programs is the Texas Economic Development Act, commonly called Chapter 313 for its place in the Texas Tax Code. Chapter 313 allows Texas public school districts to enter into agreements offering businesses a 10-year limitation on their property’s assessed value for maintenance and operations (M&O) property tax purposes in exchange for building facilities and creating jobs in the district.

While the state largely underwrites the cost of this program through state school finance funding formulas, the actual tax loss occurs at the school district level. School districts may have to report these agreements under GASB 77, and should check with their accounting and finance professionals on how to proceed.

Note: Not all of these programs will require GASB 77 reporting; government entities should consult with their advisors to determine reporting obligations.

Among others, these programs include:

The Skills Development Fund, established in 1995 and administered by the Texas Workforce Commission, provides grants to support the development of customized job training by partnerships between private companies and community and technical colleges, as well as other partners that may include trade unions, community organizations and local Workforce Development Boards.

The Texas Enterprise Fund, administered by the Economic Development & Tourism division of the Texas Governor’s Office, is a “deal-closing” mechanism that provides incentive funding in cases in which a Texas site is competing with out-of-state options for a major business development that promises significant employment and capital investment.

The Texas Enterprise Zone Program, established in 1983, allows communities (with state approval) to designate economically distressed areas as “enterprise zones”; businesses in these zones may receive refunds of state sales and use tax in exchange for investments and job creation.

The Texas Capital Fund Infrastructure Development and Real Estate Programs (INFRA/RE) provide funding to cities and counties that can be used for public infrastructure and real estate development to assist businesses that create permanent jobs.

Since 2014, Texas has offered franchise tax deductions to companies that move their principal place of business from another state to Texas.

Texas Tax Code Chapter 311 and Chapter 312 allow cities, counties and special districts to offer businesses a complete or partial abatement on property taxes associated with improvements to property for up to 10 years, in exchange for specific improvements or repairs to the property.

Tax Code Chapter 313 allows public school districts to offer businesses a 10-year limitation on property value for a portion of the property tax in exchange for investment and the creation of jobs meeting certain requirements.

Type A revenue is generally to promote manufacturing and industrial development, and may be used to fund land, buildings, equipment and infrastructure for approved projects. Type B revenue may be used for all projects funded by Type A as well as other purposes, such as “quality of life” improvements that make areas more attractive to business, including sports and athletic facilities, tourism and entertainment facilities, convention facilities and public parks.

Given the large number of taxing jurisdictions offering tax incentives in exchange for economic development efforts, and increasing public scrutiny of these arrangements, GASB issued Statement 77 to bring greater transparency to the short- and long-term effects of such programs on government finances. As GASB project manager Pam Dolan recently stated, due to the wide variety of tax incentive programs, governments should review all of them to “determine which ones meet the definition in GASB 77.”

Our research indicates GASB 77 reporting may be a larger task for local entities than the state. Local governmental entities and their economic development arms should consult with their accountants and financial advisors to determine whether any of their programs constitute a reportable tax abatement. FN