Jason Dorsey, co-founder of The Center for Generational Kinetics in Austin, says that his generation – the “millennials” — has brought a different attitude to the workplace that embraces work/life balance, new technologies and new approaches to successful careers. 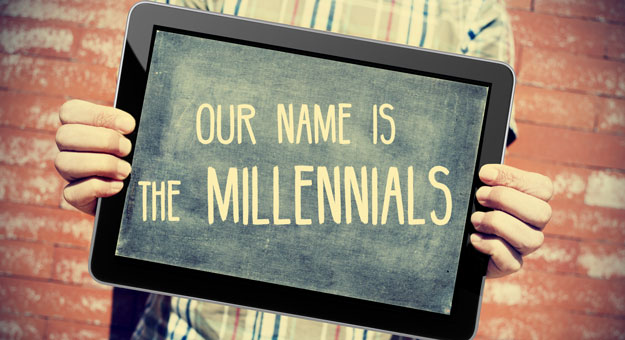 The millennial generation – those born between 1981 and 1997 – now forms the largest generational group in the U.S., surpassing its baby boomer predecessors, and its dominance is only increasing as an estimated 10,000 boomers reach retirement age each day. In 2015, nearly 3.8 million Texans of millennial age were employed, accounting for a third of Texas employment. By 2025, millennials are expected to comprise 75 percent of the entire U.S. workforce.

Dorsey has analyzed and discussed the impact of millennials on the workplace for years, consulting with companies throughout corporate America as they adapt to the needs and demands of the younger employees replacing retiring baby boomers.

“It’s not like millennials are coming into the workforce and saying ‘changes need to be made,’” Dorsey says. “It’s that millennials have already brought in a new approach to work and dependence on technology, new expectations about work style and what a career should look like. We are the new normal.”

According to Dorsey, a key generational difference between boomers and millennials is that they expect a lot more communication with and feedback from their employers. While they aren’t necessarily “needy,” Dorsey’s Center for Generational Kinetics finds “they want more frequency of communication” and fewer top-down directives. These younger employees place a higher premium on collaborative dialogue with their company’s leaders and with those who will help determine their career success and job satisfaction.

New technologies that allow for constant connectivity, Dorsey says, are changing the way millennials approach their jobs. Unlike the boomers, who first watched information technology enter the workplace, millennials are digital natives. For millennials, answers are just a Google search away, independent of the institutional knowledge boomers have accumulated with job longevity.

But their ability to apply the latest technology to workplace problems doesn’t mean millennials are computer drones — far from it, Dorsey says. Millennials are social, much more likely to do their jobs, go home and connect with social and online groups outside the office.

This demographic transition is far more pronounced in Texas. Hispanics represent a larger share of millennials than Anglos (42 percent to 38 percent). By contrast, more than half of Texas boomers are Anglo and fewer than a third are Hispanic (Exhibits 1 and 2).

Millennials have already brought in a new approach to work and dependence on technology. 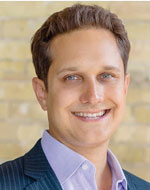 Exhibit 1: Share of Race/Ethnicity By Generational Group in U.S.

Exhibit 2: Share of Race/Ethnicity By Generational Group in Texas

Millennials — especially millennial women — also are much more likely than previous generations to have college experience. About two-thirds of female millennials aged 18 to 33 had attended college or earned at least a bachelor’s degree in 2014, versus just 36 percent of female boomers in the same age group in 1980. Greater college attendance has contributed to a decline in labor force participation rates for both male and female millennials.

Millennials are delaying marriage, and more than two-thirds of millennials aged 18 to 33 have thus far avoided the institution entirely, compared to just 43 percent of boomers when they were in the same age group.

Median household incomes among millennials are lower than they were for Generation X. Many millennials entered the workforce in the shadow of the Great Recession, a period of high unemployment and underemployment, particularly for workers with little experience. Those who did find jobs often worked for relatively low wages.

Economic disparities between the old and young have widened significantly as well. In 2013, the average head of a U.S. household aged 65 or older held 20 times the net worth of the average householder below the age of 35, up from eight times average net worth in 1983.

Millennials on the Map

Texas’ millennial population rose by 10 percent from 2010 to 2015, one of the largest increases among all states and nearly twice the national growth rate. North Dakota and Alaska experienced the largest percentage growth, reflecting economic opportunities during the energy boom years. Just two states, Illinois and West Virginia, reported losses in their millennial populations during this period, probably indicating a search for greater opportunities elsewhere (Exhibit 3).

Millennials accounted for about a quarter of the Texas population in 2015 (Exhibit 4), above the U.S. average and putting Texas eighth among all states (including Washington, D.C.).

Millennials are famously attracted to city life, and Texas metropolitan areas have seen significant millennial-aged population gains, particularly in the years around the Great Recession. From 2006 to 2009, for instance, the Austin-Round Rock metropolitan area averaged an annual net influx of nearly 15,000 new residents aged 25 to 34. The influx to Texas metros tapered in the following years, but they remain a favorite destination for 25- to 34-year-olds.

Millennials accounted for about a quarter of the Texas population in 2015.

The cliché about millennials, Dorsey says, is “I’ve been here a month, where’s my promotion?” But that desire to see a bigger paycheck, and fast, is understandable if not realistic. Millennials entered their work lives at a time of flat incomes and high living costs, often with the burden of hefty student loan debt.

A study by NerdWallet.com predicts millennials may have to put off retirement until the age of 75 for economic reasons. This bleak prognosis takes into account their tendency to marry and/or start families later in life than their boomer counterparts. The troubled financial outlook for federal “entitlement” programs further complicates the picture for millennials in the future.

The discouraging news regarding retirement has been a game changer for millennials, he says.

“They’re saying ‘Well, if I’m going to have to work forever, I might as well work somewhere I like,’” Dorsey says. “’And I’m not going to work all these crazy hours, because it doesn’t actually solve me being able to retire.’

“They believe they have to work at a better pace and think ‘there’s no reason to try to get ahead when I can’t get there, so I need to kind of enjoy the moment’ — that’s what our research is showing,” he says.

The millennial generation’s attitude toward work hasn’t gone unnoticed by job recruiters, and is especially apparent to recruiters for the public sector. Federal, state and local government human resources professionals have found it difficult to recruit millennials to join their ranks. Many worry that millennials are no longer attracted to the basic concept of long-term employment with a single employer, which could become problematic: as boomers retire from government work, who will take their places?

Yet many do consider public-sector jobs. A recent National Association of Colleges and Employers survey found that nearly a quarter of responding millennials ranked government as one of their top career choices, and the number of millennials choosing public administration and social service majors has climbed since 1998.

Appealing to millennials’ desire to help people and take pride in their employment is key for recruiting new talent.

Many agencies have begun stepping up their efforts to snag these elusive millennials. The Texas Comptroller’s office recently launched several employment recruitment campaigns, one of which directly targets newly minted millennial business graduates. Esperanza Jaimes with the Comptroller’s Audit Division has discovered that appealing to millennials’ desire to help people and take pride in their employment is key for recruiting new talent.

“We found millennials are eager to learn, but also want to be assured their actions within a company make a difference,” Jaimes says. “We also realized that, as a state agency, we weren’t promoting ourselves as a preferred employer. College students didn’t even know we existed, because schools push the big accounting firms. No one knew that applying for a job as a tax auditor with the Texas Comptroller was even an option. We had to meet the students where they were, and not rely on the standard method of posting jobs and waiting for applications.”

Jaimes organized a small group of recently hired millennial-aged tax auditors to visit college and university campuses to increase awareness about the Comptroller’s office, and the auditing positions available to millennials with accounting backgrounds. These recruiters meet students and answer questions at job fairs and in classrooms.

One of Jaimes’ millennial recruiters, auditor Daniel Moriel, tells others in his age group that government work can satisfy their desire to make a difference in their community. 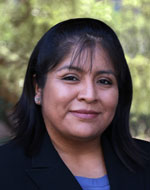 “The biggest benefit I can see is that I have a job in accounting — but this is so much more than your typical accounting job,” explains Moriel. “You’re constantly working with different people in different businesses. You’re not staying behind a desk and looking at the same company spreadsheet over and over. You’re going out into the field, from one assignment to the next, in different industries. I never have to worry about becoming bored in this job, I’m motivated to work.”

And the work/life balance is especially appealing, says Brad Anagnos, a millennial auditor with the Comptroller’s office.

“I always tell them this: nobody else offers the flexibility we have here. Starting out you make the same as the big companies; then you factor in [the fact that] we only work 40 hours a week and they’re working 50 to 80 hours,” says Anagnos.

Furthermore, the government pension is an added financial plus many millennials thought would never be available to them.

“Obviously, we have a pension — and nobody offers a pension anymore,” Anagnos says. “My family has always said get a secure job with a pension, and the only place you’ll find that any more, it seems, is with a government job.”

In addition to variety and financial security, Moriel evokes the attitude of his generation by telling recruits, “Some of us tend to be workaholics, but I realize there’s life outside of work. One of the things I always think is that I work to live, and I don’t live to work – that’s as simple as it gets.

“I really like that I have great work/life balance,” Moriel says. “It feels very fulfilling to be able to think I’m doing what I like as far as my job, but I’m not giving up anything else in my life while working as a professional in the career I wanted to pursue.” FN 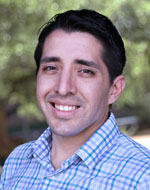 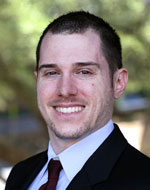