Global Grain Markets Down, But Not Out

Farmers, of necessity, are a resilient lot; like the crops they raise, they find ways to cope with adversity. But Texas feed grain producers are in the midst of one of the most challenging agribusiness cycles in years. 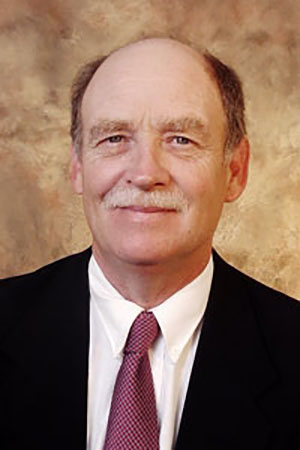 Shrinking export markets, weak prices, record surpluses and currency issues could do some Texas grain farmers in — if not this year, then the next — says Professor Steve Amosson, district economist for the Texas A&M AgriLife Research and Extension Center in Amarillo.

“It will be a tough year for grain growers,” he says. “It’s going to be a struggle.”

In January, Amosson and his College Station colleague, agricultural economist Mark Welch, conducted an annual marketing workshop in Amarillo for producers of grains used primarily to feed livestock. Welch, who sounds more optimistic, believes crop diversification should sustain most farmers if they do their homework. But Amosson says the mood among workshop participants was subdued, and with good reason.

In late February, a U.S. Agriculture Department trade bulletin previewed producers’ predicament in stark terms: “Fiscal 2017 grain and feed exports are forecast at $28.6 billion, down $1.0 billion [3.5 percent] from the November outlook due to lower volumes and unit values for corn, sorghum, and feeds and fodders.”

The crop-specific export numbers are telling:

The market forces driving this trend are complex.

Recent record harvests have pushed the U.S. corn surplus above 2 billion bushels, Amosson says, so growers are planting less. Corn is water intensive, but greater efficiency and management techniques have helped High Plains producers reduce usage of the Ogallala Aquifer and control irrigation costs, allowing them to remain competitive. They’ve been selling corn at a premium, Welch says, but the risks involved (due to foreign competition, lower demand for by-products, etc.) are making alternatives such as soybeans and cotton attractive.

Soybean oil and meal remain in high demand, especially in China, so soybeans look more lucrative than corn. Cotton, too, is commanding top dollar, despite a huge global surplus, and requires less water than corn. If cotton prices and production levels remain constant, Amosson foresees a long-term shift to greater cotton cultivation farther north on the plains. Increasing cotton acreage could help diversify the crop mix while easing water woes due to the diminishing aquifer.

Sorghum, on the other hand, is bringing only 85 to 87 percent of the price of corn despite being well suited for Texas. Driving up costs are feed milling issues and the sugar cane aphid, an unpredictable pest Welch says can make crops unharvestable.

There’s also a global wheat glut driven largely by Russia, Ukraine and 10 other former Soviet states, collectively the world’s top wheat exporters. U.S. growers have been selling wheat overseas though due to its superior quality, Welch says, despite lower prices. But they’ve reduced their cultivated acreages the past four years. And Texas wheat farmers have planted 25 percent fewer acres than normal this season because they can’t cover production costs.

Domestic feed grain markets remain solid due to steady consumption trends. Demand for ethanol, a corn derivative, is up as gasoline has stayed relatively cheap. Welch noted that livestock are feeding to heavier weights, but Amosson pointed out that cattle prices are plummeting.

Complicating matters for all commodities trading is the strong dollar, which buys more foreign goods these days but makes exports more expensive. According to Amosson, America exports 15 percent of its corn, 75 percent of its cotton, 10-22 percent of its beef, pork, poultry and dairy products and 45 percent of its wheat. But, due to changes in the exchange rate, a bushel of U.S. wheat costing $4 in 2008 sold for $5.80 in 2016.

Feed grain production has remained relatively stable over the years, Amosson notes, but it swings back and forth due to price fluctuations. He says farmers will keep planting as long as they can cover variable costs, but if they can’t cover fixed costs, such as equipment and land debt, they won’t prosper.