Texas state government is a $100 billion enterprise, and the Texas Comptroller’s office is charged with following every penny of it. In its role as the state’s accountant, the agency’s tasks include paying and auditing the state’s bills, monitoring and reporting on spending, accounting for state property and managing updates and security for the automated financial systems used by dozens of state agencies.

These responsibilities are conducted largely out of the public eye, but changes to the state’s business processes can have a big effect on state government, the transparency of its finances and the accountability of its agencies.

And the Texas Legislature spurred very big changes indeed with the adoption of House Bill 3106 in 2007. This law charged the Comptroller’s office with implementing enterprise resource planning (ERP), the consolidation of the state’s various automated business functions into a single, common set of systems to be used by all. Information can be entered into the system once and automatically carried over to other functions, thereby reducing errors and labor hours while increasing efficiency.

The ERP project is a mammoth one, incurring about $242 million in costs through August 2017. 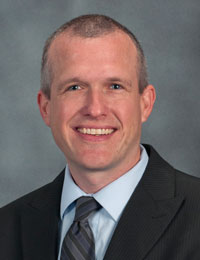 The ERP project is a mammoth one, incurring about $242 million in costs through August 2017. “It’s undoubtedly one of the bigger undertakings this agency has embarked on in many years,” says Phillip Ashley, associate deputy comptroller, “and Comptroller Hegar has supported the project enthusiastically since taking office.”

To provide a workable ERP solution, the Comptroller’s office created the ProjectONE (Our New Enterprise) Team. It didn’t take long for team members to realize that a single, one-size-fits-all approach wouldn’t address the needs of the state’s dozens of different agencies.

“We are decentralized as a state,” Ashley says. “Trying to find a solution that meets the various needs of so many different agencies with such diverse missions and different organizational structures has been our biggest challenge. We’ve had to be very flexible in our approach.”

“I think we knew from the start that this project was going to be a major challenge, and that certainly proved to be correct,” Ashley recalls. Creating a system that would handle so much information from so many different state agencies with their own sub-systems would become a massive task for the ProjectONE Team. Five years were required for the first ERP deployment.

With input from key state agencies, ProjectONE created the Centralized Accounting and Payroll/Personnel System, or CAPPS, a consolidated business program featuring two parts: CAPPS Financials and CAPPS Human Resources (HR)/Payroll. Each of these, in turn, consists of a series of modules providing different functions (Exhibit 1). A “core” group of functions must be adopted to participate in CAPPS Financials or HR/Payroll, while other, non-core modules are available at each agency’s discretion. More functions may be added to CAPPS in time.

Once all state agencies are using CAPPS, both agency-level and statewide data will be much more accessible and useful. (It should be noted that the state’s public institutions of higher education currently are not participating in the CAPPS project.)

“Right now, we have certain barriers to getting complete information about how agencies are using their funds,” Ashley says. “Getting everyone on a uniform platform will provide better insight, and there will be ways to leverage that for the good of the state.

“We’ve been relying on software and systems dating back to the 1980s and ‘90s,” he says. “We knew the new system would need to be much more robust and nimble enough to allow for changes, updates and upgrades.”

Building On What Works 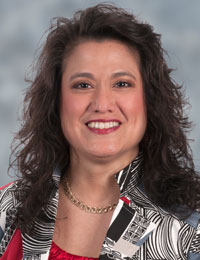 CAPPS also will replace the Integrated Statewide Administration System (ISAS), originally created in 1997. While all Texas state agencies use USAS and many use USPS, some large agencies negotiated separate contracts and licensing for PeopleSoft Enterprise Financials. The Comptroller’s office created ISAS by modifying the Financials software to address their requirements and work across multiple agencies through a web-based interface. Some also use PeopleSoft Human Capital Management software to address their particular business needs.

The ProjectONE Team decided to leverage all these individual licenses to negotiate a statewide license covering all state agencies. Thus, CAPPS is built on the PeopleSoft platform as well.

Sandra Woodruff, assistant director of the Comptroller’s Fiscal Management Division, says this allowed the Comptroller’s office to avoid the need for an entirely new ERP software solution that would still require customization for individual agencies.

“We already had a foot in the door with PeopleSoft, so we decided to use it as a base and not throw away what works,” Woodruff says. “We wanted to move to a common technology that more people knew, with a vendor that would support it.”

Woodruff also says the statewide license helps with another important issue for agencies: maintenance. With CAPPS, agencies don’t have to keep up with the latest technology updates. Instead, the Comptroller’s office can modify and upgrade applications once and then roll them out to all agencies. Security updates also can be applied consistently across all agencies participating in CAPPS.

The CAPPS program model provides two alternatives for joining CAPPS – as a central agency or a CAPPS hub agency.

CAPPS central agencies use a CAPPS version, centrally managed and maintained by the Comptroller’s office, consisting of the PeopleSoft-based CAPPS Financials and HR/Payroll applications and their related components. The Comptroller covers the deployment and transition costs involved as well as ongoing licensing, maintenance and support costs.

CAPPS hub agencies are those already using individually licensed, PeopleSoft-based systems. Generally, these are larger state agencies with complex missions. Unlike CAPPS central agencies, hub agencies receive their own copy and regular updates of the CAPPS Financials and HR/Payroll applications to manage within their own infrastructure. Hub agencies bear financial responsibility for the cost of transition, deployment, ongoing maintenance, support and all other internal costs.

Not every agency can be a CAPPS hub; the Comptroller’s office conducts an assessment to determine whether it is in the agency’s best interest. So far, the Texas Department of Transportation, Texas Workforce Commission, Texas Education Agency and Texas Health and Human Services Commission have deployed CAPPS Financials, CAPPS HR/Payroll or both as hub agencies.

“We made the decision to deploy in waves, and every year we introduce a new wave of agencies to the CAPPS system,” Ashley says. “That has gotten easier in some respects, as we gain more experience with each new wave and solve common issues. But there’s always going to be new challenges we encounter with each new wave, because CAPPS affects the way agencies conduct their business. It requires changes to their business processes, so helping agencies work through that is always a little different each time.”

Early fiscal 2012 saw the first deployment of CAPPS, when the Department of Information Resources adopted the financial portion (Exhibit 2). Later that fiscal year, five more agencies joined CAPPS Financials. At this writing, 56 Texas state agencies have deployed either CAPPS Financials or CAPPS HR/Payroll; 40 have deployed both.

Woodruff reports an additional 42 agencies will begin using either one or both portions of CAPPS during the 2018-19 biennium, bringing the total number of state agencies on the system to 98; 55 will be using both modules. More agencies are expected to deploy CAPPS through fiscal 2023.

The Comptroller’s office anticipates that 92 percent of all state spending will flow through CAPPS and 68 percent of state full-time employees will be administered through the system by early fiscal 2020 (and again, these figures do not include the non-participating higher education institutions).

So Far, So Good

“CAPPS has a lot of functionality agencies didn’t have before,” Ashley says. “When we get to the end of deployment, there will definitely be financial benefits. With CAPPS and ERP, we’ll have a centralized strategy. We can pay for the PeopleSoft technology once, instead of having 10 agencies paying for the same technology 10 different times. We leverage the whole purchasing power of Texas, and provide the greatest benefit to the state.”

CAPPS will yield significant benefits in the area of government transparency.

Woodruff says the centralization offered by CAPPS will yield significant benefits in the area of government transparency.

“Before, when you asked a question, you would get different answers, because one did it this way and another did it completely differently,” she says. “You never knew how to compare apples to apples — you got a whole fruit basket because there wasn’t a central system, a central calculation, a central way of managing the data and reporting.”

“We’re always concerned with security,” Ashley says. “With state agencies using public-facing systems, securing information is a big priority at all times, and it’s been a major focus of this project. CAPPS has good security controls in place, and we’ve put a premium on security.”

Ashley also says CAPPS will allow the Comptroller’s office to better track and report where the state’s dollars go.

“We’re on a path here,” says Ashley. “It’s very straightforward to measure, and we’re picking up speed now. At the end of the CAPPS deployment, we’ll have everyone on a uniform platform, with more complete data that we will be able to leverage for the good of the people of Texas.” FN