Even in a state as vibrant as Texas, we’ve all seen shuttered stores and failed shopping centers. It’s an inevitable byproduct of the daily tug-of-war of economic competition. 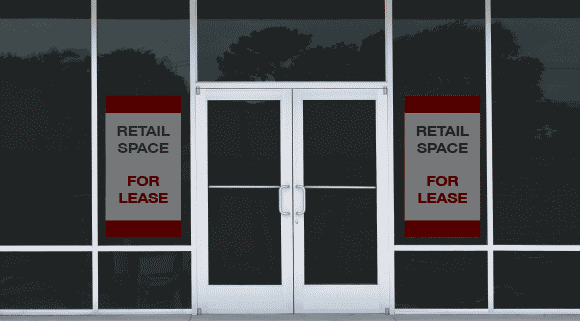 Texas communities depend on the property taxes generated by retail businesses. But should open, operating stores be taxed in the same way as closed ones?

That’s a basic question behind a thorny legal battle going on right now across the nation, a debate with the slightly sinister-sounding name dark store theory. And while that’s a great name for a band, it could cost Texas communities substantial amounts of tax revenue; Bexar County, for instance, has said its schools could lose hundreds of millions of dollars if dark store theory becomes accepted.

The dark store theory of property valuation, championed aggressively by many big-box retailers, suggests that commercial properties should be appraised and valued the same whether they’re operating or shuttered. They favor appraising all big-box properties as if they were vacant or “dark” to calculate property value, arguing these locations will be difficult to sell because they have little appeal to subsequent buyers. In essence, they’re asking that these properties be appraised according to how the next occupant may use it.

Dark store proponents often ask that the value of their property be reduced by more than half.

Appraisal districts, by contrast, appraise such buildings according to their “highest and best use,” which in practice means appraising them as operating locations.

The difference between these perspectives, as you might imagine, can be significant. Dark store proponents often ask that the value of their property be reduced by more than half, in one instance from $82 to $20 per square foot. Big-box retailers have pushed dark store theory most vigorously, but the practice has spread to other commercial property types as a way to seek tax reductions. In Wisconsin, U.S. Bank used dark store arguments in an appraisal protest, while CVS has employed the theory in Michigan.

In Texas, the main proponent of the theory has been Lowe’s Home Improvement, which has 141 stores in the state.

Local governments use property tax revenues to finance community services such as fire and police, schools, parks, libraries, utilities, community colleges and road maintenance. Lower commercial property values could reduce funding for these services — or shift more of the burden to homeowners.

In Michigan, where the dark store appraisal approach has been applied widely, local taxing units have lost about $100 million in revenue, putting a financial strain on cities, counties and schools. Local governments there have been forced to cut funding for road maintenance and repair, employee benefits, libraries and other purposes due in part to successful tax appeals based on dark store theory.

Some worry the same could happen in Texas. Bexar County’s appraisal district estimates the county’s schools alone could lose $850 million in property tax revenue for the 2015 and 2016 tax years should proponents of the theory be successful. “The impact of this is huge,” says Karen Evertson, an attorney who often represents the Bexar Appraisal District in court, “especially because Texas doesn’t have a state income tax. A reduction in local property tax revenue hits Texas harder than other states.” The potential impact is particularly serious for our public schools, which rely on property taxes for nearly half their funding.

The rise of dark store theory began after the Great Recession, when stores were “going dark” in many parts of America. The Texas real estate market was largely insulated from the effects of the recession, and didn’t see as much market volatility as many other areas. Even so, protests based on dark store theory have spread to Texas.

Dallas, Harris and Williamson counties have settled such protests via compromise on appraisal value, without accepting the theory. The Bexar Appraisal District recently completed a non-binding arbitration with Lowe’s. In a Jan. 10 decision, a three-member panel upheld the county’s existing methodology and appraisals. Lowe’s could continue the dispute in court, however, as litigation remains open for its 10 stores in Bexar County for tax years 2014 through 2016.

And of course, arbitrations and lawsuits in themselves can be costly for both sides. Bexar County estimates it has already spent at least $300,000 on the Lowe’s tax protest.

Lowe’s also sued Harris County, but in October 2016 approached the county to settle. Harris County Chief Appraiser Roland Altinger attributes the settlement’s timing to the company’s desire to avoid a similar but greater legal struggle in Harris County. “They approached us to settle after Bexar County finished its arbitration process [with Lowe’s],” says Altinger. “They knew the battle they were fighting in Bexar County was about to be replicated in Harris County, which has three times the number of stores.”

“Comparables,” and Why They Matter

Property tax appraisal methods for commercial properties usually rely on “comparables” — the sale value of similarly situated properties — to determine a property’s market value to a hypothetical buyer. Texas Property Tax Code Section 23.01(a) requires taxable property in Texas to be appraised at its market value as of Jan. 1 of each year.

Evertson points out that the Property Tax Code requires determinations of appropriate comparable sales to include the property’s condition, occupancy and any legal burdens. For her, considering vacant properties as comparables for a property that isn’t vacant is akin to using a ghost town as a “comp” for a vibrant city block.

Bexar County Chief Appraiser Michael Amezquita also believes dark store theory is inappropriate precisely due to the use of comparables, because it begins with the assumption that stores should all be appraised as if they were closed.

“It turns all appraisal theory on its head,” he says. “The first step in any appraisal assignment is to determine the highest and best use of a property. The highest and best use of these properties is usually continued use as a big-box retailer. It’s never appropriate to pretend one could only look to sales of failed, vacant stores for comparables.”

Brent South, chief appraiser of the Hunt County Appraisal District, agrees. “Real estate is location, location, location,” South says. “If [stores] have gone dark, there’s a reason — they’re in a bad location, an older part of town, a part of town with less economic activity. Why would you compare [those to] something in an affluent part of town? We have to make location adjustments.” And Chris Connelly, deputy chief appraiser of the Williamson Central Appraisal District, notes that dark store theory would be particularly difficult to apply in fast-growing areas such as urban Central Texas.

“As areas change, there’s blight, but we don’t have that,” Connelly says. “We’re a thriving and growing area and don’t have dark stores. To take a Kohl’s or Lowe’s in the center of our jurisdiction and not use nearby property sales [for comparison] — that goes against the main building blocks of appraisal.”

Closing a big-box store leaves behind a building that may sit empty for months or even years.

On the Other Hand…

Major retail chains open and close purpose-built stores regularly in response to local economic conditions. Closing a big-box store leaves behind a building that may sit empty for months or even years, waiting for another retailer with enough volume to fill it.

Furthermore, big-box chains generally refuse to sell or lease closed locations to their rivals, answering a question that may occur to those driving by: Why did they build that new Lowe’s a quarter-mile away from a Home Depot that’s been sitting empty for six months? This business decision reduces the number of potential buyers in the market.

Mark Hutcheson, an attorney who has represented taxpayers in property tax appeals, says conventional appraisal methods ignore the fact that “there’s an important distinction between market value and value in use. Market value represents the price a buyer would pay for the property under prevailing market conditions. That price is often different than the value of the property to the existing owner.”

To illustrate this point, Hutcheson uses the example of a house with a living room converted into a racquetball court. “The owners of the house spent $50,000 to build the court because they love to play racquetball,” he says. “When they attempt to sell the house, however, they find that potential buyers don’t want the court and in fact lower their offers to cover the cost of converting the feature back into a living room.

“While the court is a valuable addition to the existing owners, it’s actually a detriment to the market value of the house to potential buyers,” he says.

Hutcheson says it’s the same with big-box retail stores. These types of properties may have a value in use to the existing owners, but a very different value to potential buyers.

“Like the racquetball court, there’s simply not much market demand for existing large, single-occupancy retail buildings,” he says. “Most of the national retailers who typically occupy these properties construct new buildings on their own sites, rather than purchase existing structures that must be retrofitted to meet their needs.”

He argues, then, that the market value of big-box properties should be based on the price potential buyers would actually pay for them in the open market.

Another wrinkle in the dark store debate concerns the fact that many big-box chains sell the stores they build to investors and lease them back as tenants. The value of the rent involved in these kind of sales, called sale-leaseback transactions, is considered in appraisals of all kinds of commercial properties.

Dark store proponents argue the rent charged to store operators — the “leased-fee value” — shouldn’t be used in appraisals, and that appraisers should value the building and land only.

Opponents, however, argue that Texas law presumes that a property’s “highest and best use” is its current use, including any rents it generates. When determining the market value of operating big-box stores, therefore, appraisers should consider the value of these rents, choosing comparables that also generate rent and making appropriate adjustments as needed.

At this writing, the law seems to support this approach. The panel in the Bexar Appraisal District arbitration supported the district’s inclusion of leasehold interests in selecting comparable sales for its appraisals.

Appraisal districts want to value the property at its current highest and best use, while property owners want the valuation based on sales of vacant properties.

Dark store theory is a complex and contentious topic, with many facets beyond the scope of this article. At its most basic level, however, it seems to revolve around a fairly straightforward question: What comparables should be used to value an operating commercial property?

Dark store theory undoubtedly will be debated in the 2017 legislative session, which will consider many aspects of Texas’ local property taxes. The implications for local governments could be massive. FN

For a recent documentary about the application of dark store theory in Michigan, visit boxedin.news.