The Fiscal Noting Process Doing the Math on New Legislation

One of the first lessons you learn (or should learn) as an adult is “doing the math” before making a purchase. You need to consider your bank account and your household budget before deciding whether to write that big check or take on a new monthly car payment. 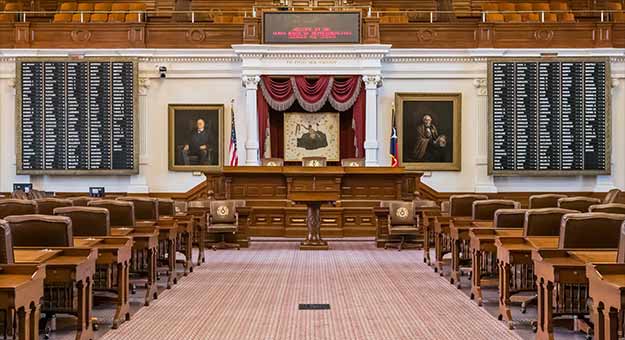 Texas law requires the Legislature to do the math when considering new laws, by providing for a “fiscal note” that accompanies each bill. These documents, which gave this publication its name, are prepared by the state’s Legislative Budget Board (LBB), often with assistance from the Comptroller’s office and other state agencies.

Each bill filed in a regular or special legislative session receives an LBB fiscal note detailing the costs, savings, revenue gain or revenue loss that may result should it be approved. And just as you’d review your own budget before making a big financial decision, legislators review these fiscal notes to determine each bill’s impact on the state budget as well as on individual state agencies and Texas local governments.

Which Bills Receive a Fiscal Note?

Any bill or joint resolution that authorizes or requires the expenditure or diversion of any state funds, or that has a statewide impact on local governments of the same type or class and that authorizes or diverts local funds or fees, must have attached a fiscal note signed by the director of the Legislative Budget Board.

“When I was serving in the Texas Legislature, fiscal notes were essential,” recalls Texas Comptroller Glenn Hegar. “They provided economic clarity by giving a detailed assessment of each major provision of the bill and the impact on each affected revenue source.”

Hegar says fiscal notes prepared by the LBB are critical to the legislative process and are reliable because they follow a specific set of objective and nonpartisan guidelines.

“My office is one of the source agencies providing the Legislative Budget Board with properly researched estimates of the savings, costs or revenue gains or losses should the proposed bill or joint resolution pass,” he says.

The fiscal notes attached to each bill or joint resolution also are made available to the public via the Legislature’s website.

Fiscal notes are created for bills introduced into both houses of the Legislature (Exhibit 1).

After the House speaker or lieutenant governor, as leader of the Texas Senate, refers a bill to the appropriate committee, that committee must request fiscal notes on any bill that meets the Legislature’s criteria. These requests are filed via a web-based fiscal noting system that routes them to the LBB fiscal note coordinator assigned to that committee. The LBB coordinator, with help from appropriate LBB analysts, determines whether the bill is likely to have financial implications.

If LBB analysts determine the bill will have no net fiscal impact on the state budget, a draft fiscal note to that effect is forwarded to LBB management for approval by the agency’s director.

If the bill has probable fiscal implications, the fiscal note coordinator assigns bill to affected agencies and LBB analyst.

Data provided by agencies and other sources

If the bill does not have fiscal implications, the fiscal note coordinator prepares fiscal note

If the analysts determine the bill does carry fiscal implications, LBB reaches out to its sources to help it create a clearly written, concise fiscal note that provides legislators with precise financial impact information. State agencies likely to be affected by the bill, for instance, will respond with a brief fiscal analysis discussing any changes in their programs or operations that would occur if the bill becomes law, such as effects on costs and caseloads, and summarizing those changes with a statement of direct fiscal impacts.

LBB seeks such input from all agencies and all local governments that would be affected by or would administer the provisions of a bill. LBB isn’t, however, required to rely on these estimates, and can take other sources into consideration to prepare a draft fiscal note.

“The LBB evaluates information for fiscal notes from a variety of resources,” says R.J. DeSilva, LBB communications officer. “This includes internal analyses, information from affected agencies and the Comptroller’s office, input from local governments and any input a member of the public may wish to send.”

Upon approval by the LBB director, the final version of any fiscal note is sent electronically to the clerk of the originating committee as well as the bill’s authors or sponsors and entities that provided input on the fiscal note. The bill with its attached fiscal note is also made available to the public on capitol.state.tx.us, giving everyone a chance to see the bill’s potential effect.

A new fiscal note must be generated each time a bill is changed by a committee or on the floor of either legislative house.

A New Note for Every Change

DeSilva says LBB completed 7,811 individual fiscal notes in the 2015 legislative session (Exhibit 2). Of those, the Comptroller’s office provided information for about 19 percent or 1,480 fiscal notes.

As the latter days of the session approach, legislators hurry to push their bills into law. LBB analysts must act swiftly to meet deadlines for fiscal notes on revised bills before they can be heard in committee or presented on the floor.

“Fiscal notes have to make deadline,” explains DeSilva. “Under House rules, a fiscal note for a bill must be distributed before the bill or joint resolution can be laid out before a committee. Under Senate rules, a fiscal note must be distributed prior to a committee’s final vote on a bill. In either case, LBB works to ensure deadlines are met, which includes obtaining any updated information needed from state agencies.”

LBB relies on the Comptroller’s office primarily to help determine the fiscal impact of bills affecting the entire state.

“The LBB will send us requests for information that might have a fiscal impact on the state as a whole, such as changing a tax rate or adding or removing a fee,” says Wetherbee, who tracks fiscal note requests from LBB. In practice, the board almost always accepts the Comptroller’s estimates for bills that may affect the state’s budget.

LBB generally seeks the Comptroller’s assistance in preparing fiscal notes for bills that:

In addition, the Comptroller’s office assists with some bills affecting local governments.

Revenue Estimating must remain nimble in its responses to LBB’s requests, especially during session, as bills change and require updated fiscal notes.

“Our response time changes as the session goes on,” she says. “Sometimes we’re given several days’ notice before a fiscal note is due to the LBB. At other times, LBB needs our response the same day. We can’t miss a deadline, since a fiscal note is required before a bill can be heard in committee or on a chamber’s floor.”

As with LBB analysts, Wetherbee says Comptroller analysts rely on a wide array of information sources to craft their estimates.

“It all depends on the bill and the kind of fiscal note,” she says. “For example, we’ll contact an agency to get information such as the types and numbers of fees it collects. Our analysts also research and use their own models, look at past trends and pull information from all the databases we have in our mainframe. It could take an analyst 30 minutes or a few hours to do the research required.”

Certifying the Legislature’s budget at the end of the legislative session is one of the Comptroller’s core responsibilities. When the agency does this, it refers to fiscal notes to ensure the Legislature didn’t overspend or reduce revenue to an extent that would leave too little money to fund the budget.

“Fiscal notes ensure legislators have the best information available to them as they weigh various bills,” says Comptroller Hegar. “But they aren’t just for political leaders. By clearly showing the financial impacts at stake, they ensure transparency in the legislative process. They help members of the public keep a close eye on what their elected officials are proposing — and the process gives them a chance to weigh in.” FN 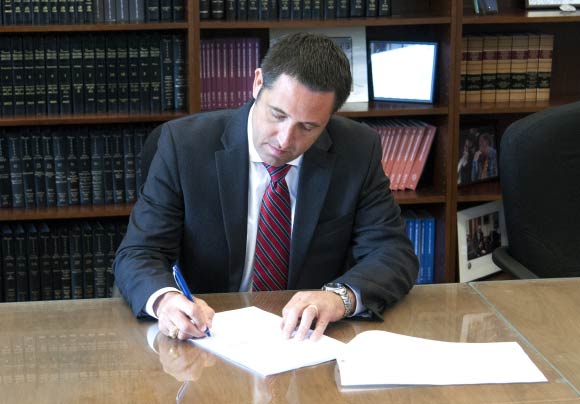