Will the U.S. Open Up Trade with Cuba? Warmer Relations Could Boost Texas Exports

The numbers are an exporter’s dream: 11 million consumers in a new, untapped market. Already, Texas businesses are gearing up to provide this market with food products, information technology and even travel-related services. 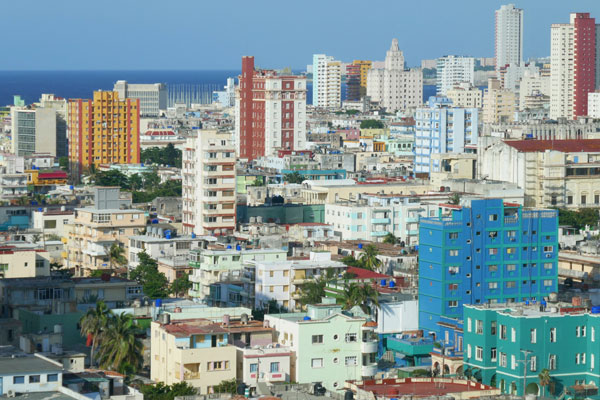 So, what’s the catch?

This dream market is the island nation of Cuba, the communist dictatorship that spent more than a half-century locked in a cold war with the U.S. — one that very nearly turned catastrophically hot. And at this point, despite the recent improvement in diplomatic relations, there’s the not-so-little matter of a very strict trade embargo still in effect.

Since former President Barack Obama’s March 2016 meeting with Cuban President Raul Castro, renewed trade with Cuba has seemed close. President Obama said he expected the trade embargo to be lifted, which President Castro called “the most important obstacle to our economic development and the well-being of the Cuban people.”

But the historic meeting also demonstrated how difficult it will be to normalize relations with a communist state, with all the suspicion and red tape that involves. Even as President Obama was declaring a “new day” between the U.S. and Cuba, President Castro was asserting that his nation had no political prisoners — something few outside Cuba believe. And since the meeting, Cuba’s government has repeatedly stressed that it will tolerate no threat to its “sovereignty” in its relations with the U.S.

The suspicion runs both ways. Many Republicans in Congress believe better trade relations would benefit Cuba’s rulers rather than ordinary Cubans. President Donald Trump has expressed skepticism about trade relations with Cuba and mentioned his desire to “make a better deal” for both Cuban citizens and America.

Many Americans know of the trade embargo. Fewer, however, are aware the wall against trade has gaps. The U.S. has been quietly exporting goods to Cuba, mostly agricultural products considered humanitarian aid, for more than 15 years. Many Texas farmers hope the federal government will allow more trade in the future.

Texas Governor Greg Abbott led a large state delegation to Cuba in November 2015, meeting with officials from Cuba’s Ministry of Foreign Trade and Investment, its Port of Mariel, the Cuba Chamber of Commerce and two Cuban state companies. Abbott described Cuba as an untapped, multibillion-dollar market for Texas farmers, ranchers and energy producers.

History of the Embargo

President John F. Kennedy signed an executive order enacting the U.S. trade embargo on Feb. 3, 1962, in reaction to Cuba’s nationalization of U.S.-owned assets. Kennedy said the embargo’s purpose was to reduce the “threat posed by [Cuba’s] alignment with the communist powers.” To date, this executive order still stands.

Congress reinforced the embargo in 1992, with the Cuban Democracy Act, and then again in 1996 with the Cuban Liberty and Democratic Solidarity Act, often called the Helms-Burton Act, which spelled out very specific conditions for lifting the embargo, including the protection of property rights of U.S. nationals; the legalization of all political activity and release of all political prisoners; a transition to free and fair elections; freedom of the press; legalization of labor unions; and respect for internationally recognized human rights. The embargo can be lifted only when the president determines these conditions are being met.

The Helms-Burton Act was tempered somewhat with the Trade Sanctions Reform and Export Enhancement Act of 2000 (TSRA). Under TSRA, which became effective in July 2001, Cuba can import “humanitarian” goods from the U.S., including medicines and medical devices, airline and civil aviation safety equipment, environmental protection equipment, renewable-energy or energy-efficiency goods, telecommunication products and goods and services to meet the needs of the Cuban people. All proposed exports are reviewed on a case-by-case basis.

The rules for this trade, the Export Administration Regulations, are administered by the U.S. Department of Commerce’s Bureau of Industry and Security and the Department of the Treasury’s Office of Foreign Assets Control.

Congress’s enactment of the TSRA allows for certain trade exemptions, but continues to ban federal and private financing for U.S. exports to Cuba. In other words, no U.S. governmental program or private concern can extend credit to Cuban buyers.

The result: Cuba must pay in cash, in advance, for all American goods and services. Cuba has found it difficult to acquire the hard currency needed for such transactions, and building trade without financing has proven challenging.

Exports to Cuba Rise — and Fall

According to the International Trade Administration, U.S. exports to Cuba under the various exceptions written into law totaled only $145.6 million in 2002 but quintupled within five years, reaching $711.5 million in 2008 (Exhibit 1). Exports to Cuba have fallen significantly since that time, however, declining by 65 percent since 2008.


Cuba imports up to 80 percent of its food each year, and nearly all of its imports from the U.S. are foodstuffs, particularly poultry, corn and soybean products. 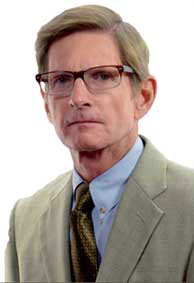 In the peak year of 2008, two industrial categories — agricultural products and “food manufactures,” animal and vegetable materials that have been processed into food products, such as packaged chicken parts — accounted for 93 percent of U.S. exports to Cuba and all but a tiny fraction of Texas’ exports.

Dr. C. Parr Rosson, head of the Department of Agricultural Economics at Texas A&M University, attributes the sharp decline in exports to Cuba to the fact that the island nation has shifted away from U.S. food products in favor of those from the European Union, Brazil, Argentina, Vietnam and other nations. Credit terms offered by some of these nations allow Cuba to conserve its hard currency reserves and make larger purchases over time.

The TSRA “cash-only” requirement, then, may have cost U.S. and Texas agriculture producers dearly.

Cuban demand for rice is huge, for example, but no U.S. rice producer has exported to Cuba since 2008. Dwight A. Roberts, president and CEO of the U.S. Rice Producers Association, says the market potential for Texas farmers is significant. 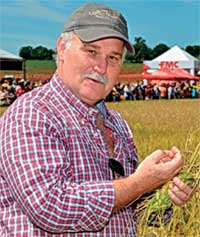 “Cuba is a country of just over 11 million people, and they are very large consumers of rice,” Roberts says. “They eat approximately 80 kilos per person per year — it’s a basic staple of their diet, as it is in a lot of countries around the world. Their annual consumption is 900,000 tons to a million tons, and they have to import because they only produce about half of what they need.

“Cuba has never neglected to pay under cash terms,” Roberts says. “But credit is a large part of international trade and financing. For Cuba to not be allowed credit — they take it as an insult.”

In January 2017, Arkansas U.S. Representative Rick Crawford introduced H.R. 525, the Cuba Agricultural Exports Act, which would repeal restrictions on export financing and give producers access to U.S. Department of Agriculture marketing programs that could help them compete in Cuba’s markets. It would also allow limited U.S. investment in Cuban agribusinesses, as long as U.S. regulators certify the entities are privately owned and not controlled by the Cuban government or its agents. At this writing, the bill is being jointly considered by the U.S. House committees for Foreign Affairs, Financial Services and Agriculture.

Dr. Luis A. Ribera, associate professor and director of the Center for North American Studies with Texas A&M’s Department of Agricultural Economics, says Cuba’s newly opened Port of Mariel, only 903 miles from the Port of Houston, should make the island particularly appealing to Texas exporters.

“It’s definitely a game changer,” says Ribera. “It’s a state-of-the-art port and can handle the big ships that can carry 12,500 TEUs. The port is equipped with four cranes with a capacity of 824,000 TEUs annually.” (A 20-foot equivalent unit, or TEU, represents a shipping container 20 feet long and eight feet tall; it’s a standard measure of cargo capacity.)

The Port of Mariel is trying to establish itself as the “hub of the Americas,” as part of the Mariel Special Economic Development Zone, a 180-square-mile area destined for business development in areas such as agricultural processing, manufacturing and oil imports.

While relations between the U.S. and Cuba have been slow to improve, signs of a thaw are unmistakable.

In June 2016, Starwood Hotels & Resorts announced an agreement with the Cuban government to open Four Points Havana, the first American hotel allowed to operate there since the revolution. Under the agreement, the Cuban government owns the hotel, while Starwood manages the property’s renovation and day-to-day operations. The agreement received the approval of the U.S. Treasury Department, allowing Starwood to finance property improvements through U.S. financial institutions.

Airbnb, an online community marketplace for home sharing, launched in Cuba after travel restrictions were loosened in 2015. Cuba quickly became the fastest-growing market the online giant has ever launched, despite issues such as a pervasive lack of internet access in Cuba — private citizens cannot access the internet without government authorization — and the inability of Cuban hosts to receive payments directly from an American company. (Instead, Cubans employ work-arounds involving “hosting partners,” essentially middlemen.)

But Rosson says Cuban internet use is on the rise and predicts it will have major implications for Cuba’s future.

“Internet penetration in Cuba five years ago was about 5 percent,” says Rosson. “By last year it had gone up to 35 percent, and is projected to increase again in the next couple of years. And that represents a groundswell of change in terms of information, communications, access to information that people can factor into their business and daily decisions. Those kinds of changes are subtle, but they’re very important.”

Cuba will never be one of America’s largest trading partners, but the potential benefits are real and significant. The Peterson Institute for International Economics estimates that U.S. exports to Cuba could reach $4.3 billion per year if the embargo is lifted. A 2015 study by the Center for North American Studies found that Texas agricultural exports to Cuba could rise to $18.8 million annually if the embargo were lifted, resulting in total economic gains of nearly $43 million annually.

Further expansion of this trade, however, will depend upon relations between the U.S. government and the island’s mercurial leadership. FN