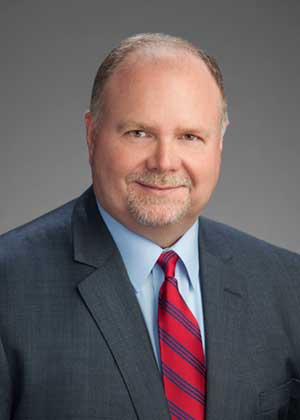 David Greeson: The goal of the Petra Nova project is to capture more than 90 percent of the carbon dioxide (CO2) in the exhaust flue gas from an existing coal-fired unit at the W.A. Parish power plant. We want to prove it’s feasible to build a carbon capture system on schedule and on budget. Demonstrating the system working at full commercial scale will provide a path forward to address CO2 emissions from existing coal-fired plants, both in the U.S. and around the world.

In addition, we’re looking to create a commercial structure that couples power generation with oil recovery for potential long-term viability — not only to pay for the carbon capture and storage system but also to provide an economic return for investors.

Fiscal Notes: How is the captured carbon dioxide used?

Fiscal Notes: When carbon dioxide is used for such purposes, does it make its way into the atmosphere?

Greeson: In the case of the Petra Nova project, CO2 is sequestered more than a mile below the earth’s surface in an oil reservoir that has held CO2 and hydrocarbons for millions of years. The University of Texas Bureau of Economic Geology will monitor the movement of CO2 deep in the oil reservoir.

Greeson: As long as oil is priced at around $50 per barrel or above, sales of the oil from the West Ranch field will pay for the Petra Nova project.

Fiscal Notes: Are there many plants like the Petra Nova facility?

Greeson: Petra Nova is the first and largest commercial-scale, post-combustion carbon capture system in the U.S. At this scale, there’s only one other plant like it, in Canada.

Fiscal Notes: Does NRG plan to use similar technology in other power plants?

Greeson: Our focus right now is on this first plant. We believe carbon capture will be a part of the sustainable energy future we’re striving for.

Fiscal Notes: Did the Texas or federal governments provide financial assistance for the Petra Nova facility?

Greeson: The Department of Energy provided a $190 million Clean Coal Power Initiative grant that provided us with early and valuable support. This grant covered roughly 20 percent of the project’s cost.

The state of Texas has been very supportive of the development of carbon capture sequestration and enhanced oil recovery. Legislation passed in four sessions of the Texas Legislature authorized franchise and sales tax credits, property tax exemptions for pollution control equipment and the abatement of state severance taxes. Each of these measures was factored into the cost of our project and played an essential part in its development.

Fiscal Notes: How long has Petra Nova been in the works?

Greeson: The project began in 2009. In 2010, we received the Clean Coal Power Initiative grant. We broke ground on the project in 2014, and came online in December 2016, on schedule and on budget.

Fiscal Notes: In what other ways is NRG working to reduce its carbon footprint?

Greeson: NRG Energy also has converted units at four plants from coal to gas, is building flexible natural gas generation plants to help integrate renewables and is one of the nation’s largest investors in wind and solar power. Through our retail brands, including Reliant®, NRG is giving customers more control over their own carbon footprints. FN