Line Items recently spoke with Leonard Scarcella, mayor of Stafford, Texas. Mayor Scarcella has served the citizens of Stafford since 1969, making him one of the nation’s longest continuously serving mayors. In 1995, Stafford reduced its property taxes to zero, opting to rely largely on sales taxes to finance their city’s spending. 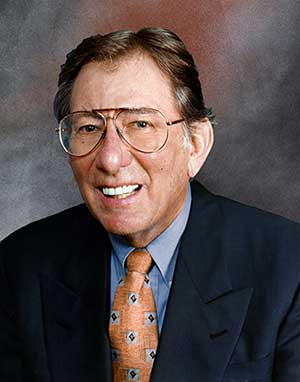 I’ve worked with all kinds of taxes. I have a degree in accounting and I’m also an attorney. I can tell you that truly the property tax is the most despised tax there is, and especially when people are looking at paying that huge chunk of money. It really hits them hard. As one businessman told me, “I’m a small businessman and by coming to Stafford, I save basically $300,000 a year in terms of my before-federal income tax profit.” We have so many businesses come here [because of the lack of city property taxes].

Then there are home buyers who come here and they start figuring what their mortgage would be in surrounding cities — and compare it with what it will be in Stafford. I’ve had homeowners tell me they were considering places in the next town, but by coming here, they could get the type of house they really wanted because they won’t have to pay that city property tax.

On average, a homeowner saves $1,200 a year and businesses save an estimated $20,000. That’s money that ripples throughout the community in the form of increased consumer spending and investment. In addition to zero property tax, we also have what’s called a freeport tax exemption for manufacturers who bring goods in and assemble them in Stafford and ship them out within 175 days.

On how the city has fared without property tax:

I remember everyone saying, “Oh, this is just an experiment that’s bound to fail,” and there were articles in places like The Wall Street Journal. Well, guess what? Our cash fund balances literally went up from about $1.5 million to $10 million as a result of not having a city property tax!

And we proved we were determined to live within our means. We can pretty much figure every year about what we’re going to get in sales taxes and what we’ll take in from other sources. So we anticipate and plan and know our limitations. In my mind, [that’s what] kills cities — bloated bureaucracies.

I’m very proud of the fact that we have never handed out a pink slip. We look very carefully at every hiring decision, trying to be very sure that people Stafford hires are going to have plenty to do, both in good times and bad. And we’ve had ‘em down here. Stafford is smack dab in the middle of the oil patch. In fact, we’re in the epicenter. We have a lot of oil-valve manufacturing companies in Stafford, and they send ‘em out to wherever they’re drilling in Midland or out in the Gulf of Mexico. Those companies are a huge component of our city and zero property tax really saves them significant money.

On attracting new businesses to Stafford:

At least half of the businesses we have in the city are here [because we] don’t have a property tax.

We recently got a new economic development corporation executive director. The first question I asked her, in public, was “why did you come here?” and she said, “Instead of offering businesses a tax abatement of 70 percent for seven years, which was the standard in my previous job, I can now tell businesses that want to relocate that we can give them a 100 percent abatement for eternity!” She says this is the biggest magnet, the biggest enticement that this city has. It has helped to bring in so much good development into Stafford.

But the zero property tax requires you to be diligent … it requires you to carefully manage your funds. You use your funds for the best and most proper public expenditure, and you’re very careful not to waste it on things that are not going to have some benefit for your citizens and your businesspeople.

On Stafford’s approach to debt:

When money has been at 2.5 percent or thereabouts, sometimes it’s very hard to say we should be spending out of the cash register when we can borrow it at such a low interest rate. But so many cities and other governmental entities have gotten into huge traps because they just spend, spend, spend and pile it up with borrowing. The worse part of that is that it’s not too bad when interest rates are where they are now, but if suddenly they go high like they did back in the 1980s, you could absolutely be spending more money on financing debt than on necessary projects.

And that’s what I tell ‘em. When we have to buy a police car or fire truck, or pay for city employee salaries or whatever else it may be, we’re not spending one penny to pay off any debt. I’ve always considered debt a four-letter word. And there’s been nothing to dissuade me from that, even in today’s market with very, very low interest rates.

It sends a clear signal and message to people that we’re fiscally responsible. Every dollar the city of Stafford spends [comes from] our municipal sales tax fund. That’s our piggy bank, if you will — and we’re determined not to incur an added debt cost when we purchase what we determine we need.

On lessons others can learn from Stafford:

The lesson is to live within your means and don’t go spending like drunken sailors. Don’t bloat your bureaucracy. And recognize how much of an imposition property taxes are on both residents and businesses.

An elected official should do everything to keep property taxes from dragging down both their residential and business communities. The people are smart. They look into this pretty carefully. They recognize the benefits. Stafford is definitely something that others look to and say “How do you do it?” I’ve had congressmen ask me that. Many elected officials and publications have said “We need to use Stafford as an example.”

I think if you watch your purse-strings and spend your money wisely, you can get a great deal out of it. You do not have to rely on a property tax that is so resented, and be in a position where you constantly raise it or be concerned that the Legislature is going to place restrictions on it. I think it’s a lesson that everybody could and should learn.

I always have people say, “Oh, I bet you get a hundred calls a year wanting you to go make a presentation to some city.” And I say, “Wrong. I might get one call every two or three years.” They don’t want to hear this. They don’t want their constituents to hear this. Because if they hear this, then they’re going to turn and look to their mayor or council and ask “Why in the world aren’t we doing that?” FN

Visit the Stafford, Texas website to learn more about how its city government operates, or check out the Stafford Economic Development Corporation.