By Patrick Graves Published May 2017 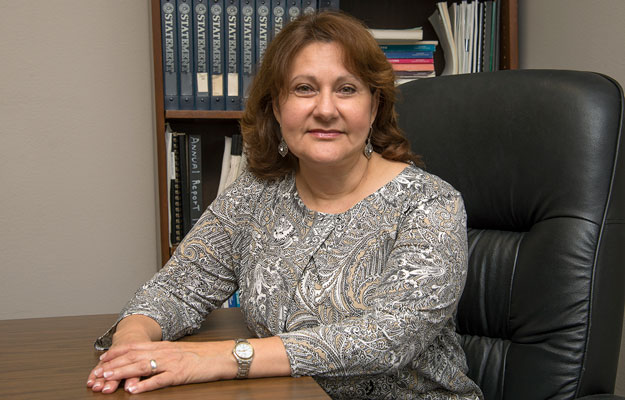 The Texas Legislature created the HUB program, administered by the Comptroller's office, to assist small businesses that are at least 51 percent owned by members of certain economically disadvantaged groups: women, racial and ethnic minorities — of Asian Pacific, Black, Hispanic and Native American descent — and, as of about three-and-a-half years ago, veterans with disabilities sustained while serving on active duty. The program's goal is to help HUBs obtain a fair share of the state's multi-billion-dollar procurement market.

Similarly, total state spending with HUBs rose by just 5 percent in fiscal 2016, to more than $2.1 billion, while the SDV's share of total HUB spending rose by 66 percent, from $2.3 million to $6.8 million.

"Service-disabled veterans were only certified in fiscal 2014," says Statewide HUB Program Manager Laura Cagle-Hinojosa. "So they don't have a lot of numbers. But nearly $7 million is a good start."

Eligible veterans must have sustained at least a 20 percent service-connected disability and not belong to any other eligible racial, ethnic or gender categories. Consequently, all veteran-owned HUBs are owned by Anglo males.

Jim Brennan, legislative director of the Texas Coalition of Veterans Organizations, supported the 2013 legislation that made SDVs a Texas HUB category and is himself an SDV HUB owner. His wholesale electrical-parts distributorship does business with both the Texas and federal governments on jobs ranging from the state prison system to Army engineering projects in Afghanistan. He says the HUB program greatly expands opportunities for vendors, whether as prime contractors or subcontractors.

ETTL Engineers & Consultants, Inc., a Tyler-based firm, participates in both the state and federal HUB programs. President Darrell Flatt explains the company's eligibility is based on his father's deafness; founder Douglas Flatt was an Army artilleryman who lost his hearing due to unprotected exposure to cannon fire.

Flatt says the state HUB program has been lucrative lately for his geotechnical and construction materials services company. It also has hired several SDVs over the years, one of whom recently retired after 30 years’ service.

Most of the increase in SDV-owned HUB expenditures is attributable to a large spike in building construction contracts awarded in 2016. Since fiscal 2014, the largest payouts to SDV HUBs have been for "other" services, including consulting, training, computer programming and data processing (about $4.2 million), building construction (almost $4 million) and professional services (almost $1.5 million).

There's plenty of room for expansion in Texas' program. While fewer than 100 SDV-owned businesses have signed up with the program, the U.S. Small Business Administration estimates at least 1,500 SDV-owned companies are located in Texas.

It will take time for SDVs to become more familiar with the program, Cagle-Hinojosa says, and to learn how to use it to market their businesses. Each year, HUB officials attend several outreach events targeting SDVs to provide information about the program.

The 2017 Legislature is considering yet another expansion to HUB eligibility. House Bill 1527 by Rep. Ron Simmons would make any business owner with a federally defined disability eligible for the program. The House State Affairs Committee reported the bill favorably to the House on April 5, but had not scheduled a floor debate as of May 12.

HUB certification is free and valid for up to four years, provided the business continues to meet eligibility requirements. Vendors also may become HUB-certified through an agreement between the Comptroller's office and local governments or nonprofit organizations that define HUBs in substantially the same way as the state.

For more information on the HUB program, or to apply for certification, visit the Historically Underutilized Business Program online. FN