A Moniker That Means Business

When Massachusetts native and disenchanted lawyer Kevin Tully considered starting his own company to make custom electric guitars, he did what any enterprising 30-something would do: He Googled “best places to start a business.” There, at the top of the list, was Austin, Texas. 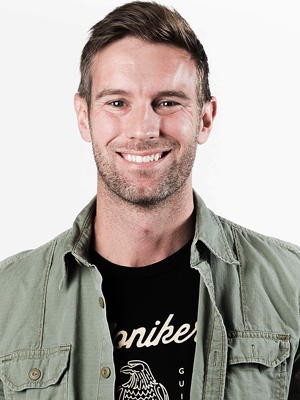 Tully discovered what many entrepreneurs before him have come to know: Texas is a business-friendly, low-tax state where new companies can take root, create jobs and grow. But first he had to change careers — again.

“I had gotten a job with a record label in New York City right out of college, but that was right about the time the music industry was going through all sorts of changes with the growth of digital downloads,” Tully says. “So, I decided to go to law school.”

He interned for a lawyer who had switched from working with musicians to working in the musical instrument industry. It became an inspiration.

“As a music lover and guitarist in several bands during my high school and college years, I decided to forego a career in law and instead start a business of my own, building affordable custom guitars,” he says. “I had visited Austin for the Austin City Limits concerts and South by Southwest, and fell in love with the place. Then, I learned from articles in Forbes and USA Today that it was also viewed as a great place to start a business.”

So, Tully left the East behind and made his way to the Live Music Capital of the World.

In addition to the favorable business climate — and the promise of much warmer winters — another key factor made Austin the right place for Tully.

“For me, it also boiled down to the simple fact that you can’t throw a rock in this town without hitting a guitar player,” he says. And Tully offers them the chance to own something many had never dreamed possible: a customized guitar designed for their individual styles and musical requirements, at an affordable price.

Tully reached out to a long-time friend who, as Tully puts it, “had been Frankensteining guitars in his garage,” to help him bring his vision to life.

Today, the company Tully founded, Moniker Guitars, operates out of a South Austin shop, where the eight-member staff designs and manufactures one-of-a-kind electric guitars averaging $1,350 to $1,400 apiece. Depending on the design selected, a custom electric guitar can require 10 to 15 hours of work by his team.

In its five years in business, Moniker has sold more than 1,000 guitars, 500 in 2016 alone. Along the way, Moniker has earned an enthusiastic local fan base as well as a growing number of customers among working musicians worldwide. Austin-area bands such as The Wild Now, Nominee and Blue October are among the legions of loyal Moniker guitar users. And Moniker guitars are used by bands in Europe, Canada, Mexico and New Zealand.

Clearly, the Google search that led Tully to Texas has been a good move for him, his company and musicians around the world. FN