A recent decision by the U.S. International Trade Commission (ITC) has set different aspects of the American solar power industry against one another. 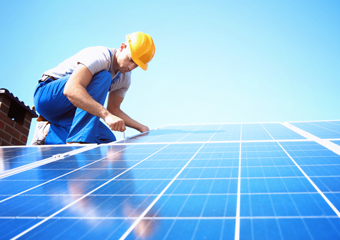 The ITC ruled unanimously on Sept. 22 that domestic solar panel-makers are entitled to protection from cheaper foreign imports. The decision favors two foreign-owned companies with American operations, Suniva and SolarWorld Americas (based near Atlanta and Portland, Oregon, respectively). The manufacturers successfully demonstrated economic harm from below-cost components made mostly in China with government backing.

They claim that the minimum floor prices and tariffs they seek would produce tens of thousands of new jobs in the U.S. Opponents counter that the two struggling firms are trying to use trade policy to reverse business losses at consumers’ expense.

Solar panels are the building blocks of solar electric systems. They comprise multiple solar cells, the silicon semiconductors that convert sunlight into electricity. More than 90 percent of solar panels used in America are imported.

After holding a hearing on Oct. 3 on possible remedies, the three ITC commissioners issued individual proposals on Oct. 31. These included quotas, an import licensing fee and a range of tariffs on imported panels of up to 35 percent — all measures considerably less severe than what Suniva and SolarWorld were seeking.

The ITC, a quasi-judicial federal agency, sent the White House its formal recommendations on Nov. 13, in a report to be made public by early December. President Trump has 60 days to decide which proposals, if any, to implement. A $100 million solar farm near Fort Stockton is among several U.S. projects on hold as investors wait to see what happens next.

Interestingly, the ITC proposals have set American panel-makers against much of the rest of in the solar industry, including designers, developers, installers and distributors, all of whom benefit from lower panel costs. Few in the $29 billion domestic solar industry supported the case, and at least four governors publicly opposed it. Solar’s main trade group decried the ruling as a setback, predicting steep price hikes and job losses that would stifle growth.

Others, however, view it as more of a transient hindrance to the industry, noting panel prices have leveled off since 2012.

One industry analyst suggests the solar power industry in states such as Texas could be vulnerable to even a 10 percent cost spike. An Austin energy consultant foresees greater employment losses in system design and installation than gains from domestic solar manufacturing.

In 2016, Texas ranked third among states in solar energy employment with almost 9,400 jobs, mostly in the residential sector. Texas solar employment rose by 34 percent in 2016, according to The Solar Foundation. A recent foundation study (PDF) projects job growth in Texas will rise by at least 15 percent by 2021. FN