Texas is big in biotech, and getting bigger. 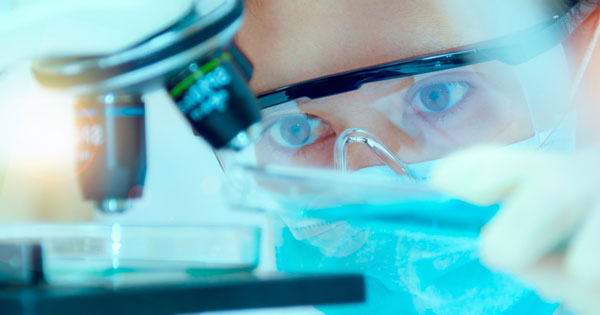 Nearly 99,000 Texans work in fields related to various aspects of the biological sciences and biotechnology, and their efforts directly and indirectly support an estimated 306,000 more Texas jobs.

Texas has long been known as a center for cutting-edge life science; it’s been nearly 50 years since the pioneering organ transplants of Houston surgeons Denton Cooley and Michael E. DeBakey caught the attention of the world. Today, some of the most advanced surgical techniques and cardiology treatments stem from the work of physicians and scientists at Houston’s Texas Medical Center, the world’s largest. And some of the most innovative genomics work — built on the study of human DNA — have emerged from Baylor College of Medicine.

Texas is home to major companies with bioscience interests such as Kimberly-Clark and Celenese. Industry giants such as Novartis, Abbott, Medtronic and Johnson & Johnson, among others, have major operations in the state. And more are on their way.

“The stage is set,” says Thomas Kowalski, president and chief executive officer of the Austin-based Texas Healthcare and Bioscience Institute. “Given the incredible growth and innovation we’ve achieved in just a few years, coupled with the state’s commitment to competing on a global scale for the top companies and talent, Texas is poised to become a national and international leader in biotechnology.”

The tech of biotech

Simply stated, biotechnology or “biotech” is technology based on biology — products based on cellular or biomolecular processes that can improve our lives and the health of our planet. While man has used biological processes for thousands of years to make products such as cheese, beer and wine, today biotechnology usually refers to the gene engineering technologies that revolutionized the biological sciences in 1973, when scientists Stanley Cohen and Herbert Boyer first demonstrated DNA cloning in their lab at Stanford University.

The Texas Governor’s Office defines the field of biological sciences and biotechnology based on industries as defined by the federal government’s North American Industry Classification System (Exhibit 1). Using these definitions, we can estimate Texas' direct and indirect employment generated by these industry sectors.

Texas’ strong life sciences industry stems from a robust academic research infrastructure, including some of the world’s most prestigious universities and independent research institutes. The National Science Foundation ranks Texas as a top state for doctorates awarded in biotech-related fields; the state produces more than 5,000 medical school graduates each year. Texas ranks first in the nation for doctorates in agricultural sciences and third for life-sciences doctorates.

Texas institutions draw world-class faculty, such as Dr. Bruce Beutler, who joined the UT Southwestern Medical Center from the prestigious Scripps Research Institute in California and shortly afterward won the Nobel Prize for his contributions to the study of the body’s immune system. Beutler alone brought tens of millions of dollars in external research funding into
the state.

In 2015, Texas launched the Governor’s University Research Initiative grant program. As part of the $36 million program, the state recruited 10 prominent researchers in fields such as molecular biology and animal genetics. And in 2016, the University of Texas System Board of Regents approved $30 million to recruit outstanding faculty for its health science institutions through its Faculty STARs (Science and Technology Acquisition and Retention) program, doubling the budget from the previous year.

And brilliant minds produce innovative science, which in turn attracts federal grant money. In 2015, the National Institutes of Health (NIH) provided Texas institutions with about $1 billion in grant funds. 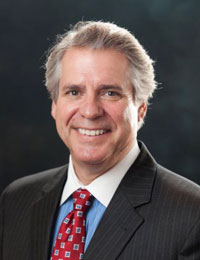 Biotechnology revolutionized the pharmaceutical industry’s approach to drug development. Most major pharmaceutical companies now have active research programs to identify genes or proteins associated with particular diseases. Once found, thousands of chemicals are screened for activity against the target gene or protein. Potential drugs then are optimized, checked for toxicity and efficacy and finally tested in clinical trials.

Other companies use disease-related genes as markers to develop clinical diagnostics or to predict a patient’s response to a drug based on genomic information (sometimes called “personalized” medicine). An ever-expanding list of companies provides substances and equipment to support drug discovery, including custom biomolecules, specially engineered cells and screening kits.

The same technologies used for drug development also can improve agricultural products. Millions of farmers around the world use agricultural biotech to increase crop yields, improve nutritional content and quality and produce foods free of allergens and toxins. And since some bioengineered plants can produce their own natural pesticides, biotech can significantly reduce farming’s impact on the environment.

Biotechnology is becoming an increasingly crucial economic engine for state and local communities across the nation, especially in Texas.

A recent study released by the Biotechnology Innovation Organization (BIO) shows the impressive strength and resilience of U.S. bioscience. Between 2001 and 2016, while many industries struggled through economic downturns, employment in the biosciences rose by nearly 10 percent, outperforming all other technology sectors.

According to BIO’s The Value of Bioscience Innovation in Growing Jobs and Improving Quality of Life 2016, U.S. bioscience firms employ nearly 1.7 million people and created nearly 147,000 net new jobs between 2001 and 2016. Employment in the entire field rose by 2.2 percent in the last four years, with the medical-sector job count growing by more than 3 percent. In 2014, the average annual wage for a U.S. bioscience/biotech worker reached $94,543 — roughly $43,000 or 85 percent more than the average private-sector wage of $51,148.

“The BIO study highlights the tremendous progress made in Texas’ bioscience industry in recent years, achieving the top quintile in six out of 10 bioscience performance metrics,” Kowalski says. These were bioscience job creation, business growth, expenditures in research and development (R&D), funding from the NIH, venture capital investments and bioscience and related patents. “The report showcases the state’s status as a leader in the nation,” he says.

It should be noted that BIO uses a slightly different definition of bio-related industry than the Governor’s Office. Based on the latter definitions, Texas bioscience and biotech industries have expanded their direct employment by about 2 percent annually since 2010 (Exhibit 2). Total employment, including jobs indirectly supported by these industries, has risen by about 1.5 percent a year.

Texas’ four largest metropolitan areas — Dallas-Fort Worth, Houston, San Antonio and Austin — supply about four-fifths of all employment in two key industries related to biotechnology: biotech R&D and pharmaceutical and medicine manufacturing. In all, these industries provide nearly 14,000 jobs in the metros and support an estimated 33,500 more (Exhibit 3).

In 2016, the Dallas-Fort Worth Metroplex had the largest share by far of jobs in biotech R&D (Exhibit 4), at 1,350 positions or 27 percent. DFW employment in the field rose by 34 percent between 2010 and 2016 — rapid growth by most standards, but not as fast as San Antonio, which saw its employment in this industry almost double.

And while the Houston area saw the biggest drop in R&D employment, the remaining jobs pay the highest average salaries among the metros and substantially more than the state average for the industry. These salaries lag behind the national average for such work largely because the largest bioscience centers, such as San Francisco and Boston, have among the nation’s highest living costs and must pay accordingly to lure employees.

Exhibit 4: Research and Development in Biotechnology

What the Houston area lost in biotech R&D employment, however, it more than made up in pharmaceutical and medicine manufacturing (Exhibit 5). The metro area’s employment in these industries doubled in just six years, registering the fastest growth rate among the metros and outpacing national job growth by a factor of 40. In 2016, Houston also offered the highest average wages in this field, as the only metro paying well above both the state and national averages. Yet the Dallas-Fort Worth area again had the largest share of these jobs, with more than a third of total state employment in these industries.

Texas as a whole also saw robust growth in pharmaceutical and medicine manufacturing, with employment rising nearly 10 times as fast as the nation’s.

The competitive landscape of the bioscience industries is changing rapidly due to rising costs, market pressures, growing demand for health care and emerging digital and analytical capabilities.

While demand for new drugs continues to rise, so too does the cost of R&D. According to a recent report by Deloitte, the cost of developing and bringing a new drug to market rose from $1.19 billion in 2010 to $1.54 billion in 2017. Meanwhile, the pharmaceuticals industry faces growing pressure to help control global health care expenditures, which Deloitte estimates will rise from $7.0 trillion in 2015 to $8.7 trillion by 2020; others put the numbers significantly higher.

But thanks to advances in technology — such as next-generation DNA sequencing, new biosensor technology and advanced digital tools — physicians will soon be able to recognize early warning signs of disease from gene-based analyses of a patient’s tissue sample, and prescribe early corrective action, either through lifestyle adjustments or personalized therapeutics. Disease will be prevented or detected before clinical symptoms appear.

Biomedical research and “big data” analytics, both with strongholds in Texas, will converge in this new multi-trillion-dollar industry.