Texans treasure family, so it’s no surprise that two Texas cities have been rated the nation’s most family-friendly, and two others are in the top 10. 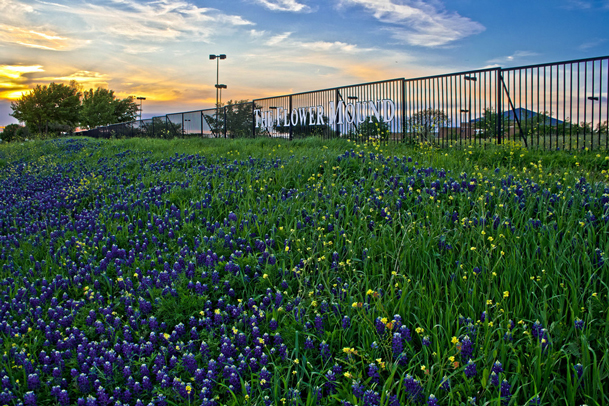 Frisco, which moved from fourth to second this year, has been praised for its quality of life so often that its chamber created a marketing campaign called Frisco Number Ones. This year, Frisco finished just two points behind Flower Mound.

“We should be number one!” declared Carol Artz-Bucek, president and chief executive officer of Pearland’s chamber, half-jokingly. She hastens to add they’re pleased to be Number 10. (Pearland was 10th in 2016 as well.)

Apartment List is a nationwide web/app-based apartment search service based in San Francisco. They’re one of many companies generating lifestyle rankings of urban and suburban areas. Such lists have become so pervasive that sometimes city leaders don’t realize they’ve made them.

Flower Mound prides itself on retaining a small-town feel while catering to the suburban lifestyle amid one of the nation’s largest urban areas. It scored highest on affordability and safety.

Flower Mound’s median home value in 2016 was more than $300,000, but its residents’ income levels make it affordable. Walker says the town has few apartment complexes but many new, upscale town-home developments for young working families and seniors. Even so, she also says Flower Mound needs more affordable housing.

One reason for its low crime rate may be the absence of a freeway through town — being a destination rather than a route means less traffic, Walker notes. Increasing numbers of residents work in or near town rather than commute elsewhere.

Kid-friendly factors include youth sports, parks and recreational facilities, programming in the rejuvenated Parker Square shopping area (with a weekend farmer’s market, open-air concerts and outdoor movies) and many small, independent shops and eateries. The city hosts a major national youth baseball tournament each year, and an amphitheater is planned for a new River Walk-esque development.

Frisco is young and growing fast. Kids represent a third of its population, and 2,200 new homes went up in 2016. Its highest ratings were for education and child friendliness, which in Frisco translates to smaller schools and lots of sports.

Local public school officials are shunning “mega-schools” in favor of more and smaller campuses. Frisco’s 10th high school is due to open next year.

Its sports culture is bolstered by the Ford Center at the Star, the Dallas Cowboys’ corporate headquarters, which offers the public educational activities as well as athletic facilities. Ryan Callison, Frisco Convention & Visitors Bureau marketing and communications director, notes that Frisco is the only U.S. city with minor league or development teams in all five major professional sports: football, baseball, basketball, hockey and soccer. In 2011, Men’s Journal named it the best place to raise an athlete.

Cedar Park tied with Frisco as highest for child friendliness. The city, named for a 19th century park-like area, today has 47 parks on 860 acres and 22 miles of hike-and-bike trails, with a variety of related activities.

Austinites once frequented Cedar Park for “country” excursions. In the past 15 years, however, they and others have been moving there in large numbers. The city’s outdoor lifestyle and amenities, including a multi-purpose entertainment arena, attract many young families, Huerta says.

But one of its biggest draws is its public library, with patrons coming from the Circle C subdivision, Marble Falls and other towns in Burnet County, Huerta notes. She attributes the library’s popularity to “fantastic programming,” including age-specific story times. The library also hosts “’Bots and Books,” which allows kids to build toy robots out of plastic building bricks and program them using computer tablets.

Among the top 10 cities, Pearland ranked second only to Flower Mound in affordability and trailed Frisco just slightly on education. Affordability is reflected in its household incomes, which are among the highest in the Houston area, and home sale prices averaging below $275,000. The education ranking, however, is a function of multiple factors.

Pearland’s educational attainment level is well above the national average; almost half the adults have at least a bachelor’s degree. Many residents work as doctors or nurses at the nearby Texas Medical Center in Houston. Consequently, its four public school districts are highly regarded.

“It’s a very education-friendly environment,” says Artz-Bucek. “They make it exciting for students,” adding that the community’s career and technology schools are outstanding.

Artz-Bucek believes that Pearland’s lower safety rating, compared to the other three Texas cities, reflects its geographic location and traffic patterns. Moreover, the Houston metro area’s second largest suburb/exurb is more racially and ethnically diverse than Houston itself, according to the EDC.