The Texas Bullion Depository Its timing is golden

Recent changes in political climates and economies, both in the U.S. and abroad, have made many investors uneasy. Some are making investments in precious metals, in the hope that they may retain or increase their value during uncertain times. And Texans who do so are looking for a secure, nearby facility to store these assets. 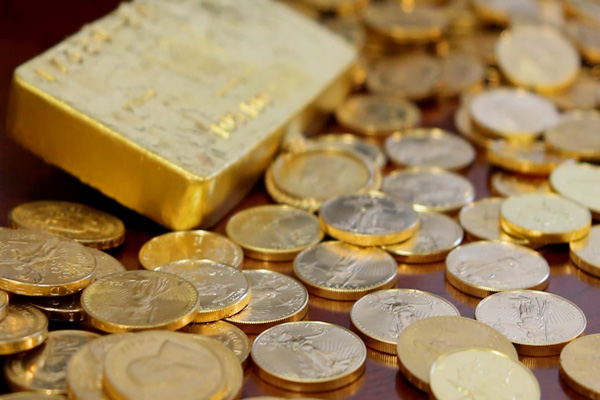 The timing of the Texas Bullion Depository couldn’t be better.

This first-of-its-kind effort, a state-owned depository to be operated by a private contractor under Comptroller oversight, is about to launch. But it didn’t happen overnight.

Humans have sought and held precious metals since antiquity, prizing gold in particular for its beauty and unchanging character, since it doesn’t rust or corrode. Archeologists believe gold has been used in jewelry for at least 8,000 years, while the oldest known gold coins date to about 600 BC. According to the World Gold Council, mankind has extracted no more than 175,000 metric tons (or about 193,000 U.S. tons) from the earth since the beginning of civilization.

The American dollar, like all modern currencies, is no longer backed by gold, but the metal still plays an important role in international finance as a means of backing transactions among nations and affecting currency exchange rates. The U.S. is the world’s largest holder of gold reserves, with nearly 8,134 metric tons of the shiny metal (Exhibit 1).

This bullion is held at Fort Knox, the famous Kentucky site, as well as U.S. Mint facilities in Denver and West Point, N.Y. and the Federal Reserve Bank in New York City. The U.S. Treasury Department estimates the nation’s gold reserves were worth about $11 billion at the end of June 2017.

But of course, companies and private individuals also keep gold and other precious metals. And that’s where the Texas Bullion Depository comes in.

History in the Making

State Rep. Giovanni Capriglione first proposed establishing a Texas state bullion depository during the 2013 session. The depository envisioned in that bill (HB 3505, 83rd Legislative Session) was developed partly in response to the 2008 recession.

At the time, lawmakers also expressed an interest in moving the gold holdings of the University of Texas/Texas A&M Investment Management Company (UTIMCO) back to Texas. UTIMCO, an investment corporation that manages assets for the University of Texas and Texas A&M systems, has $861.4 million in gold stored at HSBC Holdings in New York City — and pays storage fees of about $606,000 a year.

The 2013 bill would have relied on state funds to cover operating costs, estimated at nearly $28 million over five years. But it didn’t pass.

Capriglione put forth another bill in 2015 (HB 483, 84th Legislative Session), this time proposing the depository be established as an agency of the state under the Comptroller’s purview and built and operated at the expense of a private entity, using no taxpayer dollars. Governor Abbott signed this bill into law on June 12, 2015, and summarized its unique nature:

Today I signed HB 483 to provide a secure facility for the State of Texas, state agencies and Texas citizens to store gold bullion and other precious metals. With the passage of this bill, the Texas Bullion Depository will become the first state-level facility of its kind in the nation, increasing the security and stability of our gold reserves and keeping taxpayer funds from leaving Texas to pay for fees to store gold in facilities outside our state.

Then began a two-year process for a team of Comptroller employees who logged countless hours of research, developed and executed a request for proposals (RFP) and then evaluated proposals from six responding companies before selecting a finalist.

On June 12, 2017, Comptroller Glenn Hegar announced his choice for the depository’s first administrator — Tom Smelker, a 30-year veteran of the agency’s Treasury Operations Division and its director for a decade.

“Tom has been involved in this from the beginning,” Comptroller Glenn Hegar said. “He’s been an integral part at every step of the process, so this is really an extension of a job he’s been doing since the legislation was first introduced.”

“We chose them because they offer the right combination of experience, financial stability and infrastructure,” Hegar said during a press conference at the Capitol. “Lone Star Tangible Assets was the only respondent that provided a creative solution for large commercial or institutional accounts that require significant liquidity.”

The initial contract with LSTA is for five years, with two one-year extension options. 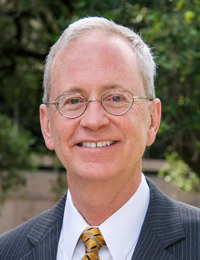 To date, Tennessee is the only other state to have passed legislation calling for a depository similar to Texas’, and this was only a joint resolution expressing support for the idea. Other states, however — among them Idaho, Arizona and Louisiana — have passed or considered legislation to end state-level taxation on gold and silver coins and bars, and in some cases to treat them as another form of legal tender. These states primarily base their legislation on an interpretation of the U.S. Constitution’s Article I, Section 10, which states that “No State shall… make any Thing but gold and silver Coin a Tender in Payment of Debts.”

Other countries, including Germany, Austria and the Netherlands, recently have repatriated large portions of their gold reserves from foreign banks, based in part on their diminishing confidence in the value of the euro. The flight to hard assets has created something of a vault-building boom in Europe, as savers buy gold and need places to store it securely.

So, what are the benefits of having a depository in Texas?

Smelker says state lawmakers felt individuals and businesses, both inside and outside of Texas, deserve an alternative to depositories largely located in and around New York City, and supported the creation of a safe, fully insured storage facility for precious metals in our state.

“The Texas Bullion Depository will provide assurance and security to customers,” he says. “We intend to combine the experience and innovation of private industry with the government oversight necessary to safely store precious metals.”

Building a Customer Base

UTIMCO could be a Texas depository customer, but has placed two conditions on bringing its holdings to Texas. First, it mustn’t cost more to store gold in Texas than in New York; and second, the depository must be a member of COMEX, a metals exchange with standards that ensure the quality of all gold transferred between accounts. Based in the U.S. but used by traders around the globe, COMEX currently licenses eight vault facilities, all within 150 miles of New York City.

LSTA Chairman Matt Ferris noted at a July press conference that his company plans to work with its subcontractors on providing COMEX levels of liquidity and quality, especially for large institutions. Smelker adds the absence of a COMEX membership shouldn’t be a stumbling block.

“COMEX typically serves larger institutional customers who invest in and trade precious metals,” Smelker says. “But private depositories can also hold metal for many other smaller investors, industrial users, coin dealers and those in the jewelry industry. There are thousands of small to mid-range metal and coin dealers in the U.S. who are not members of the COMEX.”

Who could comprise the Texas depository’s customer base?

“Anyone who owns precious metal and needs a secure storage vault is welcome to open an account,” Smelker says.

And it’s not just high-powered investors who might use the depository.

“Precious metals are becoming popular with holders of self-directed individual retirement accounts [IRAs],” he says. “These account holders can’t include such metals in their IRAs unless they are stored in a bank or an IRS-approved [non-bank] facility. The Texas Bullion Depository intends to apply for this approval.”

LSTA already has a class 3 vault — the highest security rating available for such a facility — that will serve as the Texas Bullion Depository’s initial location. It should be refitted and ready to store gold as early as January 2018.

As envisioned, however, the existing facility is only a stopgap. The company is exploring Austin-area locations for a new, purpose-built facility of 35,000 to 75,000 square feet.

Next, the depository plans to join forces with a banking partner to provide the needed liquidity for large institutional investors, in effect providing them with a way to buy and sell metal on demand in significant quantities. These services may be available in early 2019.

Once these phases are complete, the depository hopes to include advanced offerings, such as storage for international clients including foreign governments.

Stay current on the Texas Bullion Depository’s progress at its website. FN