For Quenton Dokken, the expression “water, water everywhere, but not a drop to drink” is much more than a tired cliché; it’s something he thinks about every day as executive director of the Texas Institute for Applied Environmental Research (TIAER) at Tarleton State University in Stephenville. 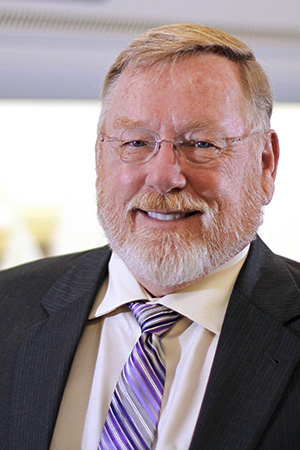 The Texas Legislature created TIAER in 1991 to study how Erath County’s dairy industry affected Waco’s drinking water quality. And the institute has only grown in value and importance in the years since, as it continues to research and monitor the effects of waste and pollution on Texas waters. The research TIAER conducts is intended to ensure not only clean water, but to find ways to protect public health and our economy.

In the past 27 years, TIAER has explored a number of related issues and developed a variety of tools useful to policymakers, business leaders and Texas agricultural interests. These include a nutrient tracking tool TIAER modelers developed to help farmers and ranchers predict nutrient flows from their lands to waterways.

Nutrient flows passing through Texas waterways into the Gulf of Mexico have been identified as one of the primary culprits of so-called “dead zones,” where a two- to three-meter-thick layer of water is deprived of oxygen due to the presence of nutrients and decaying algae. Fish can’t live in these dead zones, and thus they threaten the vitality of the fishing industry.

The USDA has designated TIAER’s nutrient tracking tool as its primary modeling tool for measuring nutrient flow and erosion. It also is being used extensively in the Chesapeake Bay watershed. The institute is working with the Texas Farm Bureau to let farmers know this tool can help them take proactive steps before nutrient runoff becomes a problem for their farms and ranches.

Another TIAER initiative aims to develop a method of accurately measuring the uptake of water during irrigation by various plants and soil types. This will help farmers better manage the amounts of water they deploy on their crops, making irrigation more efficient and effective. It has significant potential for the state’s dryland cotton farmers, and will be of value to the various entities that oversee Texas water supplies.

Other researchers at TIAER are working on projects with the Texas Commission on Environmental Quality, Texas General Land Office and the Texas State Soil and Water Conservation Board to assess and help ensure water quality through different watersheds and systems across the state.

“At TIAER, we focus on projects that are both needed and understandable to the good people of Texas who put up the money for this research,” Dokken says. “As our name implies, we don’t provide research that simply goes on a shelf somewhere or in a scientific journal that few people read. We look at how environmental issues impact the Texas quality of life, our public health and the Texas economy. We want our environmental research well understood, thoughtfully considered and actually applied to make Texas a better place for us, our children and our grandchildren to live and work.”

To achieve that goal, Dokken has a staff of researchers and scientists from a wide range of backgrounds, including hydrology, environmental chemistry, environmental engineering and soil science.

To Dokken, who assumed leadership of TIAER in 2016 after 35 years as a marine scientist studying the Gulf of Mexico, taking on a new challenge seemed like a natural transition.

Recently, under Dokken’s direction, TIAER has embarked on an extensive study to assess the long-term environmental impact of Hurricane Harvey and gauge how its floodwaters affected the future health of Texas watersheds and the quality of life along the Texas coastal zone.

“Every flood, whether resulting from hurricanes or abnormal rainfall patterns, is a major environmental contamination event,” Dokken stresses. “It doesn’t get recognized as such because the immediate need is to get people out of the water. After we get people out of harm’s way, then we start to think about how to rebuild the buildings, clean up all the mildew and put the economic structures back in place. But hydrocarbons seeping into the soil or flushing out into estuaries as water runs off through storm drains is a given.”

Consider, for instance, the thousands of cars Harvey immersed between Houston and Beaumont. When they went underwater, the oil and gas were flushed out of them. Then think of all the herbicides and pesticides under kitchen sinks in flooded homes. Then add in carcinogenic hydrocarbons, heavy metals and medical waste at swamped industrial sites and other areas.

“All that stuff flushes and mixes in the water,” Dokken says. “It’s a toxic soup.”

Just how harmful might that “toxic soup” be, and could it contaminate the food cycle? What about the threat of vibrio infection, the infamous “flesh-eating bacteria”? It’s a real concern, Dokken warns, and “no one really has a handle on the extent of the threat. We simply don’t know; it’s an area that has never been looked at.”

So TIAER is taking the lead in exploring these important issues. The institute is putting together a research collaboration with colleges on the Tarleton campus as well as the Houston Advanced Research Center and Texas A&M Agrilife Research. Because Tarleton State is part of the Texas A&M system, Dokken can reach out to academic peers throughout Texas. By bringing in an array of people with varied expertise and perspectives, Dokken hopes to prepare for the next environmental disaster.

“There are three components,” Dokken says. “The first is pre-event planning, which is basically risk assessment.” This will give catastrophic event responders vital information about the most vulnerable areas, such as potentially problematic Superfund sites in a community. Such data would allow responders to take action to mitigate threats to public health and economic interests before the event hits.

The second prong of the plan involves response during the event itself, where on-site experts well-versed in scientific sample collection can gather real-time data. And the third and final phase is restoration.

“We’re hoping to build something that is exportable, that the other states can pick up on so that eventually we will have all of the states of the Gulf of Mexico with this type of program,” Dokken says. “But it’s not an inexpensive undertaking. This isn’t something you do one day and stop if you haven’t had a major storm in one or two years. Applied environmental science requires taking a consistent approach and unwavering commitment to funding this effort.”

The key, Dokken believes, is sustained data collection and continued scientific analysis. Ensuring that Texas maintains its quality of life, protects public health and keeps our economy thriving through all kinds of weather will take more than drops in the bucket; it will take a long-term commitment that lasts long after yesterday’s — and tomorrow’s — floodwaters recede. FN

For details about the effects of Hurricane Harvey on Texas’ economy, read our special edition of Fiscal Notes.