Women play a critical role in the Texas economy. Their earnings represent an increasingly significant portion of household income, while their entrepreneurial efforts support hundreds of thousands of Texas workers. 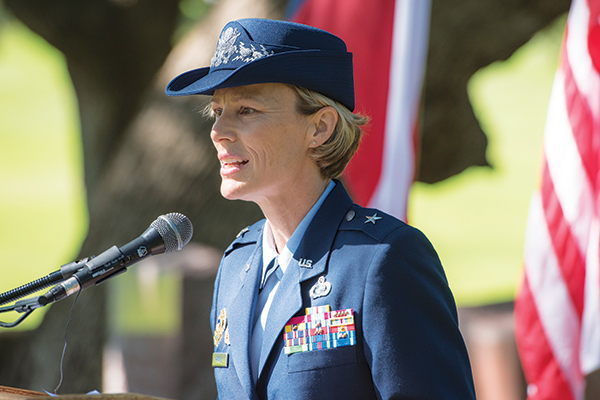 On International Women’s Day, March 8, Texas Comptroller Glenn Hegar announced he was hitting the road again for another Good for Texas Tour, this one focused on working women and their contributions to the Texas economy.

“A financially secure Texas depends on financially successful women,” Hegar says. “From the factory floor to the boardroom, from retail trade to manufacturing, women make up nearly half of all working Texans. And more women than ever are leading a diverse range of enterprises.”

The first tour stop was in Houston, where Comptroller Hegar met with Susan M. Distefano, chief executive officer of Children’s Memorial Hermann Hospital and a strong advocate of women in leadership positions.

During the tour, Hegar is sharing the results of a study the Comptroller’s office recently completed examining the economic impact of Texas women. He’s touring facilities and meeting with women across the state who hold leadership roles in a variety of economic sectors.

“The focus of this tour is to highlight the profound impact Texas women have on the health of the state economy,” Hegar says. “I hope it also will emphasize the importance of ensuring women have equal access to advancement in the workplace.”

In 2017, women held nearly half of the state’s 12.4 million jobs (Exhibit 1). The Comptroller’s office estimates that, on average, every dollar women earn supports $2.05 in compensation for workers throughout the state economy.

Texas’ economy would see even greater returns from women in the workforce if women’s access to high-level positions increases and barriers to female entrepreneurship are eliminated, Hegar says.

Three of the state’s most female-dominated major occupational categories, for instance — health care support, personal care and service and office and administrative support — are also among the state’s lowest-paid (Exhibit 2). These three categories accounted for more than 48 percent of all women employed in Texas in 2017.

57.7 percent of women 16 years old or older are either employed or looking for work.

*Based on total jobs for each occupation, including both genders.

Women are scarcer at the other end of the economic scale, accounting for just 26 percent of jobs in computer and mathematical occupations and 15 percent of architecture and engineering jobs, categories that paid average hourly earnings of $41.59 and $44.52, respectively, in 2017. Women hold fewer than a third (27.8 percent) of all top-level executive positions in the state and just 22.6 percent of chief executive positions.

The number of businesses owned by Texas women rose by 146 percent in the last 20 years, outpacing growth at the national level. Today, they own nearly 939,000 businesses. While many of these are one-person companies, women-owned businesses also employ more than 808,000 Texans other than their owners. In all, companies owned by Texas women generated about $134.2 million in sales in 2017.

Yet female entrepreneurs continue to face a variety of challenges, including a lack of access to capital. A recent report by the National Women’s Business Council found that women start their businesses with an average of $75,000 in capital — about 56 percent of that available to male business owners ($135,000).

The latest Good for Texas tour reflects the many contributions of women in Texas’ various industries. Following are some highlights:

Women in Trade, Transportation and Utilities

Mary Kipp is the first woman and the youngest CEO to lead El Paso Electric in its 116-year history. 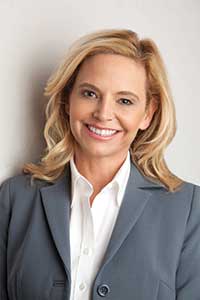 Texas women working in utilities earned an average of $5,483 monthly in 2016.

The Comptroller’s office estimates that Texas women held nearly 985,000 jobs in trade, transportation and utilities in 2017, or about 40 percent of all Texas jobs in this sector (Exhibit 3). Those jobs generate additional business activities that ultimately support about 1.8 million more jobs in other industries within the Texas economy.

*Based on total jobs in the industry including both genders. Earnings include salaries, wages, benefits and other compensation.

From 2010 to 2016, the average monthly earnings of Texas women rose in all four subsectors of this sector. Those working in wholesale trade saw their earnings increase the most during the period, by 20 percent.

When all forms of compensation, including benefits, are considered, utilities represent the highest-paying subsector in this industry by far, and women working in utilities had the highest average monthly wages in 2016, at $5,483. Texas women working in retail trade, wholesale trade and transportation and warehousing earned an average of $2,294, $5,090 and $3,867 per month, respectively.

A higher share of Texas women work in government than in the nation as a whole.

Women account for more than half of Texas’ 2.1 million government jobs (Exhibit 4). They generate additional business activities that support about 2.2 million other Texas jobs.

About three-fourths of all Texas women in local government work in education.

Twenty percent of all jobs held by Texas women are in the government sector. At the state and local levels, women represent a majority of all workers; only the federal government’s workforce in Texas is predominately male, due in part to Texas’ large concentration of military personnel. Unsurprisingly, given the large numbers of women working in public schools, about three-fourths of all women in local government work in education.

Women in Education and Health Services

Susan Distefano has served as the chief executive officer of Children's Memorial Hermann Hospital in Houston since 2011. 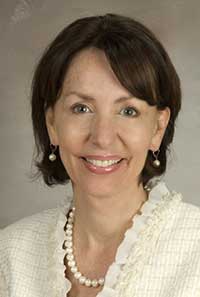 
In 2017, Texas women held more than three-quarters of all jobs in education and health services.

These educational services consist mostly of private schools and universities and individuals offering specialized instruction and training; they do not include public schools or institutions of higher education, which fall in the government sector. Similarly, those employed in health care and social assistance typically work for private hospitals, nursing homes and residential care facilities, and for nonprofits providing various social services.

Women represent more than three-quarters of Texans employed in education and health services (Exhibit 5). The supersector includes multiple subsectors and individual industry groups, and all but one is dominated by women. In 2017, only private trade school employees were predominately male, and even then, the margin was narrow, with women filling 47 percent of Texas jobs. By contrast, for instance, virtually all privately employed Texas preschool and kindergarten teachers (97.2 percent) were women.

In 2016, education and health services contributed $104.8 billion to Texas’ GSP.

In 2017, women held 77 percent or 1.3 million of the state’s 1.6 million jobs in the supersector — the highest share of female employment among all sectors in Texas. These women’s business activities support nearly 1.2 million additional Texas jobs.

Women in Professional and Business Services

The professional and business services industry, another supersector, comprises three sectors — professional, scientific and technical services; management of companies and enterprises; and administrative and support and waste management and remediation services. Management of companies and enterprises has the largest share of jobs in the industry, at 48 percent, while professional, scientific and technical services have seen the most growth in recent years, adding 165,000 jobs between 2010 and 2016.

In professional and business services, women have near-equal participation rates with men.

Among the sectors, women had near-equal participation rates with men, ranging from 44 to 48 percent. Women represented more than 60 percent of Texas positions in two of the highest-paying subsectors within professional, scientific and technical services — legal services, accounting, tax preparation, bookkeeping and payroll and other professional, scientific and technical services. Within the management of companies sector, Texas women accounted for 60 percent of accounting and auditing positions.

Women in Natural Resources and Mining

The natural resources and mining sector comprises two distinct subsectors: workers in the agriculture, forestry, fishing and hunting subsector grow crops, raise animals and harvest timber and fish. Those in the other subsector, mining, quarrying and oil and gas extraction, extract naturally occurring minerals and gases. In Texas, as one might expect, oil and gas extraction and its support activities account for nearly all of the job count.

In 2016, natural resources and mining contributed $122.6 billion to Texas’ economy.

This sector currently employs relatively few women; in 2017, they held more than 65,000 jobs in natural resources and mining, or just 22 percent of the state total (Exhibit 7). Those jobs, however, generate additional business activities that ultimately support about 73,000 other jobs in other Texas industries.

Texas women working in mining, quarrying and oil and gas extraction — the state’s highest-paying subsector — saw their earnings increase by 19 percent between 2010 and 2016, reaching a monthly average of $8,997. Those in the relatively small agriculture, forestry, fishing and hunting subsector saw even bigger gains; a rise of 23 percent during the period brought their average monthly earnings to $2,600.

“I think because of diversity we’re stronger.” 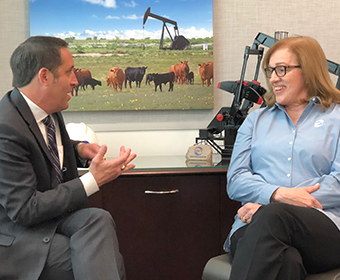 Women working across Texas have substantial and beneficial effects on all Texas jobs. Dozens of educational institutions and public-private alliances in our state are working to increase female participation in high-paying occupations, particularly the crucial science, technology, engineering and mathematics fields. Encouraging and expanding such efforts is essential both to the economic security of women and the broader economy of Texas. FN

Learn more about women’s contributions to the Texas workforce and other Texas economic topics.