For years, Texas has built a reputation as a place where families can live well for less, with several of its metropolitan areas consistently ranked among the nation’s most affordable. The economic success of our cities is changing that picture, however, and according to the Federal Reserve Bank of Dallas, the rise in Texas home prices has outpaced that of the nation as a whole since 2011. 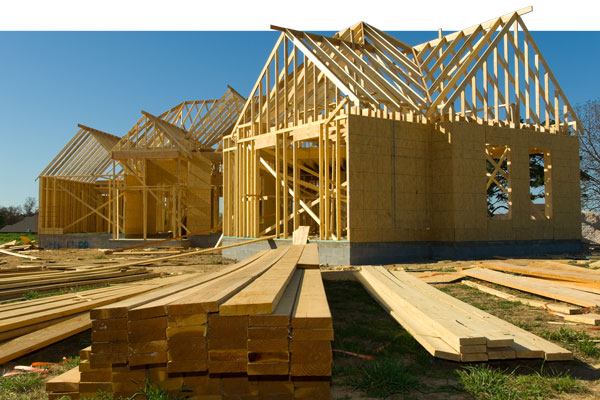 Similarly, a recent Texas A&M Real Estate Center study indicates that Texas housing prices have been rising faster than the state’s personal income. These rapid price increases aren’t occurring uniformly throughout the state, of course, but in all they may reduce Texas’ traditional cost of living advantage.

“On the demand side, Texas home prices are currently driven by the state’s growing economy,” says Dr. Ali Anari, research economist at the Texas A&M Real Estate Center. “Texas created jobs at an annual rate of 2.5 percent from December 2016 to December 2017 — higher than the nation’s employment growth rate of 1.4 percent.”

Texas also continues to experience explosive population growth, gaining nearly 1,100 people per day. According to recent Census estimates, four of the nation’s five fastest-growing large cities (those with 50,000 or more residents) are in Texas — Conroe, Frisco, McKinney and Georgetown, all of them located within the state’s largest metropolitan areas.

Texas homebuilders are struggling to meet the strong demand for affordable single-family homes. One problem they face has been a lack of skilled construction workers following the housing bust of the Great Recession. Between 2007 and 2013, the nation’s builders lost more than 2 million workers, and only 40 percent of them ultimately returned to the industry. The Federal Reserve Bank of Dallas reports that Texas’ residential construction job count fell more than total employment during the recession, and took more time to rebound.

The shortage of carpenters, masons and other skilled workers led to higher wages, which increase the bottom-line price of homes. And construction worker pay is rising much faster in Texas than in the nation as a whole. Inflation-adjusted average hourly earnings in Texas’ construction sector rose by more than 20 percent between 2011 and 2016, versus just 4.7 percent for the U.S. construction sector — and nearly four times the 5.9 percent growth in Texas’ total average private-sector earnings. 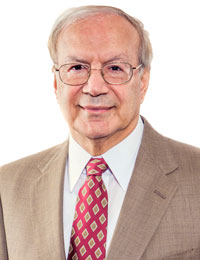 The cost of land itself is another factor.

“Land costs account for 20.4 percent of Texas home prices, historically the highest percentage [we’ve seen] and up from 14.1 percent in 2000,” Anari says. And Texas’ land price index, a measure of the extent to which land prices change over time, indicates prices are increasing quickly. “Since 2000, the Texas land price index for single-family homes has increased by 122 percent, compared with 95 percent nationally,” he says.

Government regulation plays a role as well. According to the Texas Public Policy Foundation, many Texas cities have reacted to rapid growth by enacting strict zoning codes — ordinances controlling land use and construction — that remove tracts of land from development, driving up demand and prices.

Where building can take place, the cost of regulatory compliance contributes to higher prices. Such costs can include permit, hookup and “impact” fees, environmental surveys, requirements for specific building materials and much more — all well-intentioned, but all adding to the bottom line.

A 2016 study by the National Association of Home Builders estimated government regulations account for nearly a quarter (24.3 percent) of the final price of an average new single-family home. And between 2011 and 2016, these regulatory costs rose by nearly 30 percent, while the nation’s per capita disposable income increased by just 14.4 percent. In other words, regulatory costs are rising more than twice as fast as the average American’s ability to pay for a home.

Rising costs associated with building have made the development of moderately priced housing difficult and less profitable for homebuilders. As a result, single-family home construction is skewing away from “entry-level” housing and toward larger, more expensive — and more profitable — homes.

Again, however, this is primarily a phenomenon of the state’s largest metropolitan areas, as recent price data indicate (Exhibit 1). 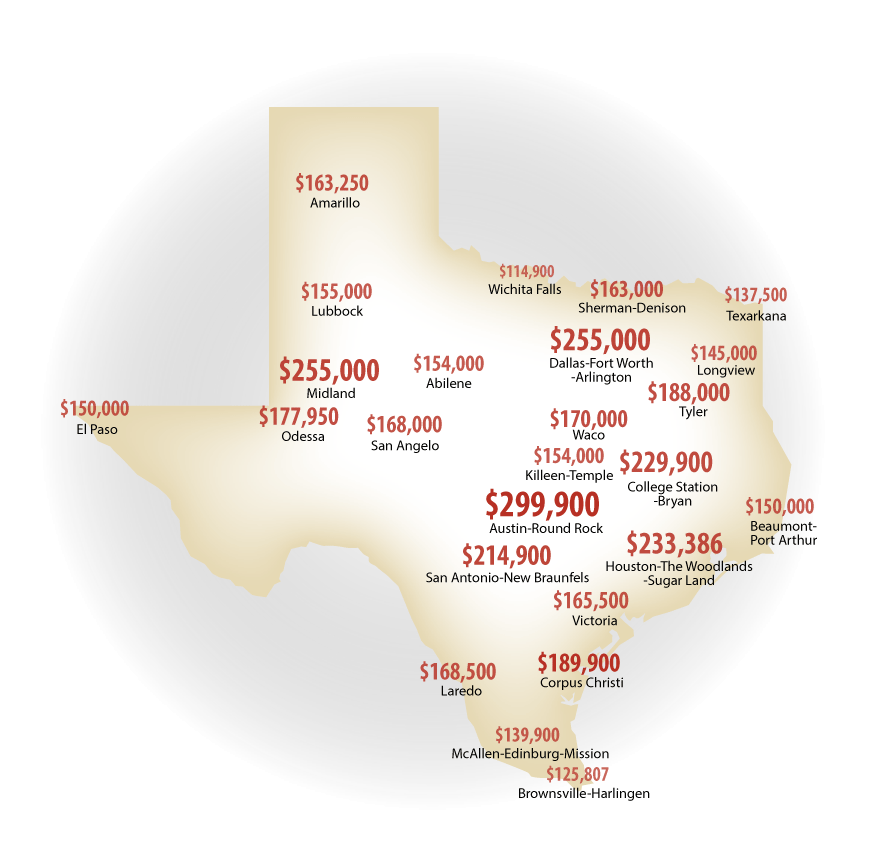 Perhaps unsurprisingly, the booming Austin-Round Rock area had the highest median home price in 2017, at $299,900.

But while Austin has the highest median price, it hasn’t seen the fastest price increase. That distinction falls to Grayson County’s fast-growing Sherman-Denison metro area, which saw an 83 percent increase in its median price between 2011 and 2017 (Exhibit 2), although that price remains well below the state median.

Exhibit 2 excludes only one of the state’s five largest metro areas, McAllen-Edinburg-Mission. This border-area community offers some of the state’s most affordable single-family homes, with a median price of $139,900 in 2017. But even its median price has risen fairly briskly, at 30.6 percent between 2011 and 2017.

It’s worth noting, however, that Texas housing still remains a bargain compared to many other areas of the nation. According to the Real Estate Center, for instance, in November 2017 the median sale price for existing Texas homes was about $218,000, while the median price realized for new homes was nearly $286,000. The National Association of Realtors, by contrast, reports the nationwide median price for existing homes was $248,200 in November 2017. In the same month, according to the Census Bureau, the median U.S. price for new homes was $334,900.

Texas has a large rental housing market. The Texas State Affordable Housing Corporation reports about 38 percent of Texans are renters; these include the majority of the state’s newcomers. Inevitably, the same factors affecting demand and sales prices have boosted rents in some regions.

Market conditions contributing to high rents include a limited supply of land zoned for multifamily use and high development costs. As with single-family housing, high costs incentivize developers to build properties designed to yield higher returns. According to a recent study by Harvard University’s Joint Center for Housing Studies, most of the new multifamily construction under way across the U.S. is at the higher end of the market, with low-rent units growing increasingly scarce in major cities.

The Austin, DFW and Houston metro areas currently have the highest median monthly rents in Texas (Exhibit 3), as does Midland whose energy-related industry is surging back after the oil price slump. Together, these areas have helped push the median Texas rent to $956, even though rents trend lower in most other Texas metro areas. The U.S. median rent was similar, at $981 in 2016.

Austin-Round Rock also leads the state in its rate of rent increase, followed by smaller metro areas including Abilene, Lubbock, Odessa, Midland and San Angelo (Exhibit 4). With the exception of Midland, however, each of these smaller cities had median gross rents below the state median, as seen in Exhibit 3. The state’s median rent rose by 17.6 percent between 2011 and 2016, easily outpacing the national rate of 12.6 percent.

High housing costs pose challenges for households and for the state’s economy. The cost and availability of affordable housing can determine a family’s access to work, education, shopping and more. It also affects employers’ ability to hire and retain qualified workers, which in turn can influence where companies choose to locate and expand.

Although Texas’ housing affordability remains favorable compared to other states, high housing costs in some regions force many households to make serious tradeoffs. These often include commuting farther to work each day, postponing or forgoing homeownership, living in more crowded housing and spending a greater share of income on housing.

And these trade-offs are particularly challenging for households with low incomes.

The latest Census estimates indicate 26.4 percent of Texas homeowners with mortgages are “cost-burdened,” spending 30 percent or more of their household incomes on house payments, still slightly below the comparable U.S. figure of 28.1 percent.

In addition to mortgage payments, property taxes also make it more difficult to afford homes. In a Tax Foundation analysis based on 2014 tax information, Texas had the nation’s sixth-highest “effective” property tax rate (the average amount of residential property taxes paid expressed as a percentage of home value — in Texas’ case, 1.67 percent).

In general, renters are even more likely to be cost-burdened — 43.9 percent of Texas renters and 46.1 percent of renters in the U.S. spend 30 percent or more of household income on rent and utilities.

According to the Texas State Affordable Housing Corporation, a Texas household must earn $18.38 per hour or $38,234 annually to afford the state’s average fair-market rent of $956 for a two-bedroom apartment without being cost-burdened. Unfortunately, the average renter in Texas earns only $17.89 per hour.

Housing experts’ opinions vary on the extent of Texas’ future housing challenges, but economic growth and population increases will put continuing upward pressure on the state’s home prices and rents. If Texas wants to maintain its overall reputation for a low cost of living, state and local policymakers must consider the factors driving price increases — and act on those they can influence. FN