Shades of the FutureJason Schenker, chairman of the Futurist Institute and president of Prestige Economics

Futurists spend their days of thinking about what tomorrow may bring, both its promise and its hazards. 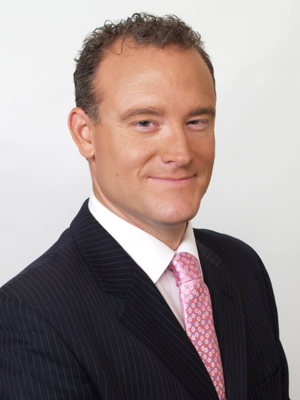 Line Items recently spoke with Jason Schenker, chairman of the Austin-based Futurist Institute and president of Prestige Economics. When he talks, you can almost hear echoes of that 1980s hit, “The Future’s So Bright, I Gotta Wear Shades.”

What gives this leading visionary optimism?

First and foremost, Schenker points to projections found in the pages of our own agency’s website.

“There is tremendous value in the data your office produces,” Schenker says. “This week, I sat down with the Comptroller at the Texas Business Leadership Council meeting and had a conversation about the future of work in Texas. There’s the potential for significant wealth creation in Texas, both for individuals and for the state’s economy as a whole, during the next 30 years. Massive wealth creation potential. We’re talking about a real GSP [gross state product] per capita increase in the magnitude of 110 percent. That’s real, so that’s excluding inflation. That means in today’s dollar’s terms, everyone would be more than twice as rich. For every $100 someone has in income today, 30 years from now that person is expected to make more than $210 in today’s dollars.”

The futurist noted that much of that growth in our GSP will be driven by sources other than energy.

“Here in Texas, there’s still a tendency to think primarily of our oil and gas industries,” he says. “But when we look at where the growth is coming from and where the bulk of the jobs are today in our diverse Texas economy, oil and gas are really two of the smallest job buckets. However, they do add a disproportionate percentage of state GSP now and will continue to do so in the foreseeable future, as will information technology. But the job counts in business and professional services and health care are — and increasingly will be — much higher. Today these are many multiples of energy and IT. And the percentage of jobs in those categories is going to go up as we continue to evolve and transition to a more service-based economy.”

But Schenker also believes the most important and interesting data in the numbers he’s seen are in the Texas manufacturing sector. Manufacturing’s share of Texas employment has been falling and is likely to fall further in the future. But manufacturing’s share of state GSP is expected to rise, due to dramatic and continuing improvements in productivity. Automation and robotics are transforming the shop floor, but Schenker says this revolution promises greater opportunities for those gravitating to manufacturing careers. “Keep in mind the state’s GSP will be increasing by 110 percent,” he says. “That will be fueled by more advances in technology. Eventually people working in factories will be people with advanced degrees operating lots of robots, and it will be a different type of workforce.”

There’s a similar trend in transportation. “Right now, one of the most common jobs in the U.S. is truck driver,” Schenker says. “Thirty years from now, there will be another job that replaces it, such as ‘automated commercial vehicle engineer,’ a person who remotely monitors and maintains a fleet of driverless vehicles. And these will be people with more engineering and technology skills. In the future, there will be more automated solutions for traditional, heavy-lifting type jobs. We want our brains to do the lifting, because that’s where the economic growth comes from.”

To Schenker, a futurist and an economist, getting ready for the future involves continually developing better means of creating and demonstrating added value. That goes for new industry clusters, regional economies, individuals seeking to enhance career opportunities or state agencies thinking about how to better serve taxpayers and use their financial resources more efficiently. He returns to the projections and data that our agency produces as a prime example of creating value for policymakers, because the comprehensive data found on Comptroller.Texas.Gov can allow for better decision-making and long-term strategic planning.

“Education is the key to making sure we hit our numbers,” Schenker says. “We are moving toward an intellectual capital economy, so education will be increasingly critical to success.” That applies whether one’s collar is blue or white, or whether one has a high school degree or holds a doctorate. “People who do not retool, retrain, and engage in perpetual learning face professional downside risks,” Schenker stresses. The state must promote education, encourage private-public training partnerships, make the right capital investments and maintain sound tax policies.

The Lone Star State’s very size is another plus; as he puts it, “Texas is a very strong, thriving economy where the dirt gap – the cost of property – is narrow enough that the American Dream still exists. There are other states where the dirt gap is too high for people to ever hope of participating in the economy — where income taxes stand in the way of people becoming active participants in the economy, and the high cost of homeownership denies them the feeling that they have a vested stake in their state’s economy and future.”

So Schenker keeps his Ray-Bans at the ready.

“It’s no coincidence that I’m an economist and a futurist and I live in Texas, because I believe the future is Texas.”