By Jackie Benton and Bruce Wright Published May 2018

Texas continues to thrive as the leading state for population growth, the top exporting state and one of the best states for startup businesses. With more than seven years of annual job growth, Texas recently recorded its lowest unemployment rate in four decades. 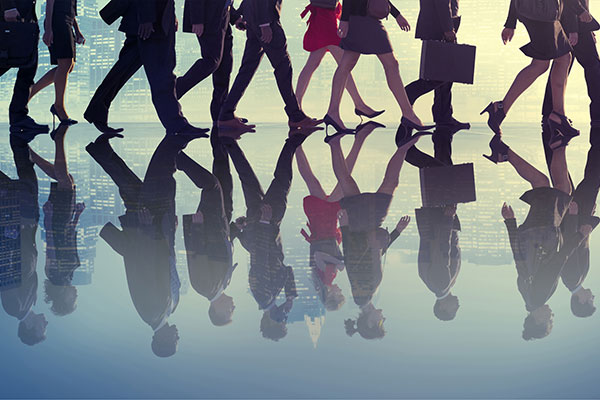 But another record could have negative implications for the Lone Star State — the highest turnover rate for state employees in five years, according to a December 2017 report released by the Texas State Auditor’s Office (SAO). (It should be noted that SAO’s turnover reporting excludes public institutions of higher education.)

The “turnover rate” is simply the share of all state workers leaving their jobs in any given year, due to dismissal, layoffs, death, retirement or simply to seek job opportunities elsewhere. The statewide turnover rate for all classified regular employees reached 18.6 percent in fiscal 2017, a recent high. In other words, nearly a fifth of the entire state agency workforce of more than 150,000 left. Of those, nearly 60 percent voluntarily left state employment for a reason other than retirement (Exhibit 1).

* Excludes higher education employees.
Note: Percent totals do not add due to rounding.

As might be expected, turnover generally is much higher in the private sector, where the days of lifelong employment with a single company are almost extinct. Governments have come to expect much lower turnover rates — and can find it difficult to cope when they rise.

Comptroller Glenn Hegar believes the exodus of state employees is part of an economic cycle.

“There’s definitely a trend at work here,” says Hegar. “When the economy gets tough, you’ll find more people remaining in their jobs. There are simply fewer opportunities elsewhere, and more people are competing for fewer jobs. But when we have an uptick in our state’s economy, it becomes more difficult to recruit and retain state employees.”

This pattern is easily demonstrated by comparing turnover with the state unemployment rate. Generally, when the latter rises the former falls, and vice versa. For instance, turnover fell sharply during the Great Recession, when Texas unemployment was unusually high (Exhibit 2).

Turnover fell sharply during the Great Recession, when Texas unemployment was unusually high.

Among the largest Texas agencies (those with 1,000 employees or more), five had turnover rates exceeding the overall state rate of 18.6 percent in 2017. One of these, the Department of Aging and Disability Services, had artificially high turnover figures due to its abolition. Its services and employees were transferred to the Health and Human Services Commission as part of a major reorganization of these functions at the beginning of fiscal 2017.

Criminal justice officer classifications had the highest turnover rates in 2017. 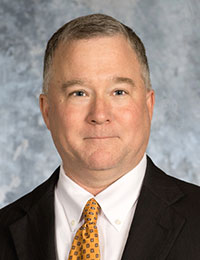 “Retaining correctional officers at TDCJ is a serious issue,” says Bryan Collier, the agency’s executive director. While TDCJ’s overall 2017 turnover rate was 23.6 percent, the majority of the department’s employees fall into the correctional officer classification, with 25,812 authorized positions.

“This is one of the more demanding jobs in all of state government,” says Collier. “While the overall turnover rate for correctional officers in fiscal 2017 was 28 percent, the rate was significantly higher for new correctional officers. Nearly 42 percent of officers leave the department in their first year of employment.”

To cope with losses of correctional officers, Collier says the agency uses a combination of overtime and prioritization based on basic security requirements. “TDCJ has always been and always will be dedicated to operating safe and secure correctional facilities,” he says.

Collier notes, however, that “relying on overtime alone is not a long-term, sustainable strategy.”

Recruiting new officers is made more difficult, Collier says, by the fact that many Texas prisons are located in rural areas where shale oil production is strong, meaning TDCJ faces stiff, high-paying competition for employees. TDCJ’s current beginning salary for correctional officers is well below what jobs in the oil patch pay (although those jobs also are prone to the layoffs that accompany the industry’s boom-and-bust cycles).

“Competition from the oil and gas industry and the record low unemployment rate makes it more challenging to recruit and retain the most qualified applicants,” Collier says. “Across the state, the department has seen a decrease in the number of applicants. In fiscal 2016, approximately 18,000 individuals applied for positions with TDCJ. In fiscal 2017, the number dropped to about 13,700.”

Each year, SAO summarizes surveys provided to persons leaving state employment to determine their reasons for leaving. In 2017, the top reasons employees cited were retirement, the desire for better pay and poor working conditions. Among younger employees, however, seeking better pay was the most common reason by far (Exhibit 4).

Turnover statistics by salary range reinforce the results of these surveys. Simply put, the higher the salary, the more likely the employee is to stay (Exhibit 5).

In addition to causing significant spending for overtime, high employee turnover leads to a loss of institutional knowledge — and a steep learning curve for new workers. It “requires inordinate recruiting and retraining, which is expensive,” says Gary Anderson, executive director of the Texas Public Employees Association. “These costs to the taxpayer ‘walk out the door’ when the economy picks up, and the new employees can find better paying jobs in the private sector.”

An aging workforce only exacerbates the problem. Anderson says the Employees Retirement System estimates more than 16,000 state employees will be eligible for retirement at the end of fiscal 2018.

“Considering the increasing number of employees eligible to retire, and dangerously high turnover among younger and newer employees, the trend doesn’t bode well for the state to compete effectively [for employees], particularly when the Texas economy is expanding so rapidly,” Anderson says. “People go where the better paying jobs exist.” The subsequent brain drain may hurt the state’s ability to discharge its missions.

TDCJ has upped its efforts to recruit and retain employees, with recent salary increases for new correctional officers.

“Throwing more money at the problem” is usually shorthand for a solution that won’t work, and certainly salaries are only one factor in job satisfaction. Turnover probably will always be relatively high for difficult, stressful positions.

One recent example, however, concerning Child Protective Services (CPS), suggests that higher salaries can have a significant impact for agencies attempting to retain seasoned state workers in difficult roles.

The Texas Department of Family and Protective Services (DFPS), which administers CPS, has been the subject of multiple reports citing problems due in part to overworked and underpaid caseworkers. In December 2016, to meet what some called a “crisis,” the Legislature approved $150 million in emergency funding for DFPS to hire 829 additional employees and provide $12,000 pay raises for 6,000 existing caseworkers and investigators.

The 2017 legislative session, in turn, granted DFPS a $4 billion budget for the 2018-19 biennium, $500 million more than the previous biennium, including $300 million to continue pay raises for caseworkers and $88 million to hire more caseworkers. After the increase in pay and staffing, the CPS turnover rate fell by nearly 23 percent between October 2016 and January 2017.

Other state agencies are making efforts to improve conditions for employees with stressful, low-paying jobs. The Health and Human Services Commission has beefed up its agency employee assistance programs, including counseling services to help employees deal with on-the-job stress as well as other life issues.

TDCJ, in turn, has upped its efforts to recruit and retain employees, with recent pay increases for new correctional officers that raised their salaries from $32,347 to $36,238. Hiring bonuses at 25 units rose from $2,000 to $4,000 in June 2017. Increased collaboration with workforce development boards across the state, expanded recruitment efforts in bordering states and a modified screening process for military veterans have helped improve recruiting.

Historically, Texas state agencies have offered job candidates security the private sector couldn’t. Regardless of economic ups and downs, the state has offered stability and the opportunity for a long career. These traditional advantages, however, may not be enough if a booming state is to continue attracting and retaining talented workers. FN