By Patrick Graves Published May 2019

It just might be one of the biggest, Texas-sized "two-fers" in the history of utility infrastructure: an unconventional water wholesaler partnership that, once completed, may supply water both to existing communities in the Dallas-Fort Worth (DFW) Metroplex and to rural areas ripe for future development. 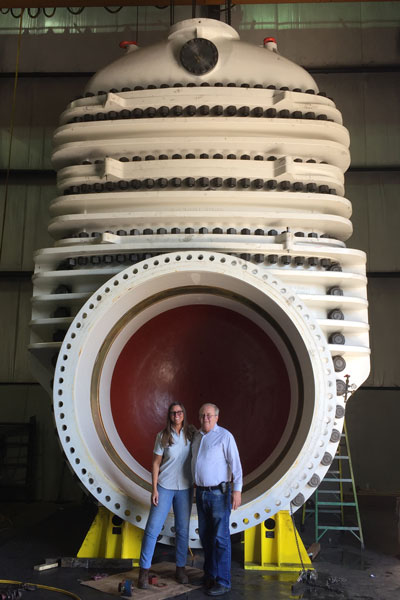 Eventually, the six-county North Texas Integrated Pipeline Project (NTIPP) will bury 154 miles of pipe connecting Big D and Cowtown to three area water sources. The first phase of the NTIPP, which stretches 50 miles from the Richland-Chambers Dam and Reservoir near Corsicana to Kennedale in southeastern Tarrant County, went online this past fall at a cost of more than $1 billion. Eventually, maximum delivery capacity of untreated water will more than double to 350 million gallons a day (mgd): 200 mgd to Tarrant and 10 other counties, and 150 mgd to Dallas and Denton counties.

One of the line's gate valves is so large — four stories, 100 tons — it had to be custom built, disassembled and installed in sections. Most of the pipe is nine feet in diameter; each section had to be transported separately on individual 18-wheelers. The massive size and scope have prompted planners and engineers to dub it the "Interplanetary Pipeline Project."

The NTIPP is a joint venture of sorts between the two major Metroplex cities, spearheaded by the Tarrant Regional Water District (TRWD). Dallas Water Utilities (DWU) approached TRWD in 2006 about partnering to access water supplies for their combined 4.1 million customers.

The district, which serves Fort Worth and 11 North Texas counties, had determined that it could meet its demands with existing facilities only through 2018. Greater Dallas' population, meanwhile, is expected to double within 30 years, so both needed to move more water. The cost of duplication helped make the argument for cooperation.

As TRWD's planning director, Wayne Owen, put it, "Why build two pipelines instead of one?" 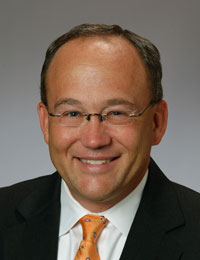 Contracts for the pipeline project were signed in 2010, and construction began in 2014, financed in part by $440 million in state water plan bonds from the Texas Water Development Board (TWDB). The rest of the funding comes from conventional revenue bonds. The district owns, operates and finances the project; Dallas is paying TRWD for its share of the cost, plus debt service.

Economists predict inflation could increase the estimated overall $2.4 billion price tag to $3 billion by the time the last pipe is laid in 2035. Nevertheless, they have forecast ratepayer savings of $500 million in capital expenses and $1 billion in projected energy and other operational costs over the pipeline's expected 100-year life cycle.

Customers also have been saving water despite steady population growth. Conservation has kept TRWD's peak demand at 2011 levels, extending existing supplies and delaying the next phase of pipeline construction.

Jeff Walker, TWDB executive administrator, says the NTIPP has raised the bar for intergovernmental collaboration on water projects. He notes that it's rare for large governmental entities like Fort Worth and Dallas to become partners. 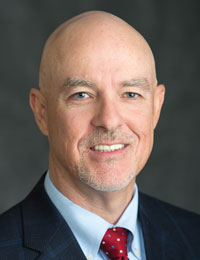 The private sector also has benefited from the NTIPP: As of the end of 2018, more than 300 contractors have been paid more than $950 million to work on or furnish equipment for the first phase, with most of that spent in Texas. According to TRWD, 85 percent of the contractors are Texas companies, and 60 percent of those are located in North Texas. The pipe, valves and pumps alone cost more than $270 million, with most of the pipe (steel encased in mortar) fabricated by two firms in Grand Prairie and Saginaw, in Tarrant County.

How much the pipeline is benefiting the region economically is difficult to measure so soon after turning on the tap. However, Walker believes the costs of building the pipeline are offset somewhat by the project's role in sustaining growth and preventing job, income and tax revenue losses. As he observes, "You can't have subdivisions without water."

The case also can be made that high-profile relocations and expansions need reliable water supplies. The Metroplex has welcomed Facebook and Google data centers, and Toyota moved its national headquarters to Plano in 2017.

Because TRWD and DWU sell water to other suppliers, the NTIPP could be a boon to rural or undeveloped areas that may be dealing with an influx of new residents from the Metroplex in the next few years. This is especially true south of Dallas in Ellis County, where most of the new pipeline is located and rapid growth may pose challenges. 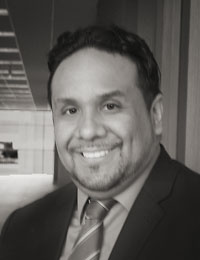 Alberto Mares, Ellis County's director of planning and development, worries that many private water companies created to serve ranching are ill-prepared for what's coming. He says some of their lines are so small that they can't be connected to fire hydrants.

Buying raw water flowing through the mega-pipeline may be one solution, although TWDB cautions that option could be subject to legalities and regulatory decisions.

As if to underscore the old Texas saw that "whisky's fer drinkin' and water's fer fightin'," Mares offers this prediction: "The biggest development battles in the next 20 years will be fought over water and water rights." FN