Getting a business off the ground is a big job. Only about half of businesses with employees survive at least five years, and some cite a 90 percent failure rate for startups, depending on your definition of success. 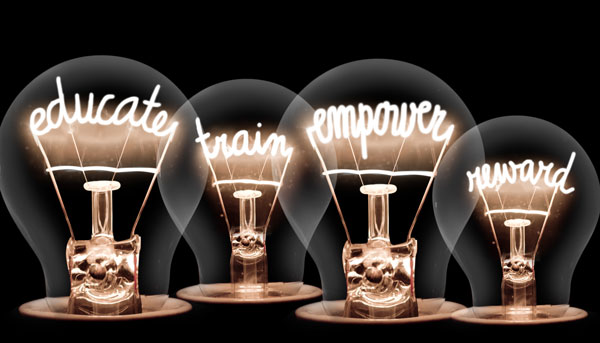 But entrepreneurs can increase their chances of success through business incubators, organizations offering resources such as mentoring, networking, investor contacts, workspace and expert assistance, to help guide their ideas to fruition. Business incubators generally offer their services to business startups in exchange for a portion of equity in the new company.

“For every Mark Zuckerberg or Michael Dell, there are large numbers of people who try and fail,” says Peter Klein, W.W. Caruth Chair and professor of entrepreneurship and corporate innovation at Baylor University’s Hankamer School of Business in Waco. “We hear and see so much about the winners that we often forget how extremely tough it is to launch a successful business. That’s why incubators and university training programs have been started and have received a lot of focus in recent years.”

Jamie Rhodes, founder and chair of the Alliance of Texas Angel Networks, says the best incubators fulfill two vital roles: educating novice entrepreneurs and successfully launching startups. The former, he notes, is easier than the latter.

“Entrepreneurs must know what questions investors need answered if they expect the investors to write a check,” Rhodes says. Savvy investors want to know if entrepreneurs have intellectual property that can be protected against competition — and how much funding they’ll need to get to a positive cash flow. “Also, they need an ecosystem of accountants, bankers and lawyers who understand startups,” he says.

Incubators began blossoming in the 1980s. The latest figures from the International Business Innovation Association show 1,400 in the U.S. They’re among 9,122 entities supporting entrepreneurship nationwide, including coworking spaces and accelerators, programs offering incubator-like services to more established companies; one entrepreneur has described the difference as serving companies in “childhood” versus “adolescence.”

A directory maintained by the Texas Office of the Governor listed 193 Texas incubators and other entrepreneurial resources in 2017 (Exhibit 1). Unsurprisingly, these resources are concentrated in the state’s largest metropolitan areas. The list isn’t comprehensive, however, excluding resources offered by local governments, for example.

Note: This list is not comprehensive and does not include local government resources.
Source: Texas Office of the Governor

A Pioneer in Austin

The Austin Technology Incubator (ATI), part of the IC² Institute at the University of Texas at Austin, was launched three decades ago. Mitch Jacobson, ATI’s director, says it’s the nation’s oldest continuously operating nonprofit incubator. The incubator has accepted 120 of the 1,000-plus companies it has vetted in the last 13 years, taking a 2 percent share of equity in each.

ATI has changed with the Austin business scene, evolving into an entity that focuses on providing the city’s technology sector with resources such as networking, mentoring and assistance with fundraising. Its clientele includes nascent companies in biotech and life sciences; waste, re-use and recycling; and sustainable infrastructure, including clean energy and new transportation technologies. 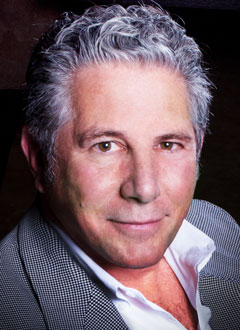 “If you’re working with an organization like ATI that knows what they’re doing and has all these connections, we can help move that ball down the field faster than you can on your own,” says Jacobson. “That’s why these networks exist.”

On the other hand, Jacobson says, part of ATI’s work is helping entrepreneurs realize when their idea isn’t going to succeed, allowing them to fail faster so they can move on.

“If we see things going awry, we will help shut these companies down as fast as we can, so that these entrepreneurs can move on to other things and stop wasting their time and stop wasting their money,” he says. “Failure isn’t a bad thing. It hurts, and sometimes you feel like you wasted time and money, but you learn a lot from it.”

The State Energy Conservation Office (SECO) in the Comptroller’s office was one of the original funders of ATI’s Clean Energy Incubator. The partnership has been in place since 2001, with a $450,000 commitment under its current contract.

The payoff has been substantial. For fiscal 2018, companies in ATI’s Clean Energy Incubator portfolio reported raising $20.2 million in capital and earning nearly $2.8 million in revenues. They also reported 67.5 employees and nearly $9.8 million in total economic impact in Texas.

“SECO wants to keep the pipeline full of Texas clean energy technologies, but we lack a structured vetting process,” says SECO Director Dub Taylor. “This is where the incubators come in — they provide evaluation, mentoring and connection to valuable networks of investors and customers.”

ATI isn’t the only successful incubator in Texas, of course.

Jerry White, the recently retired director of the Caruth Institute for Entrepreneurship at Southern Methodist University’s Cox School of Business, compares his school’s incubator, which opened in June 2018, to a FedEx Office Print and Ship. The SMU Incubator offers entrepreneurial students a dedicated collaborative workspace far more conducive to startup success than a dorm room or apartment.

“What we’ve created is a centralized entrepreneurial place that brings together heretofore fragmented efforts around campus into a centralized location,” White says. “When we first envisioned it, we saw it as a way to foster collaboration between disparate programs and disciplines at SMU.”

The Hub of Human Innovation, a nonprofit founded in 2011 as a business incubator, is building a community of innovation and entrepreneurship in El Paso, says Carlos Martinez-Vela, its chief executive officer. The Hub is funded by the city of El Paso with additional support from corporate and individual sponsors.

Martinez-Vela, an MIT graduate originally from Monterrey, Mexico, observes that “because we are a border region — not in spite of that fact — we can do something very unique here. We’re in a place where there are a lot of binational, bicultural and bilingual people. Those attributes, along with the complementarity of economies, create an environment for creativity and innovation to flourish.” 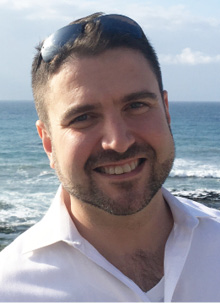 Among the companies based at the incubator is Beacon Hill VR, which works on industrial applications of virtual and augmented reality. Ivan Gris, Beacon Hill VR chief technology officer and co-founder, says the Hub has provided important resources, guidance and opportunities.

Beacon Hill VR initially sought a coworking space, but found that the incubator also offered mentorships and “great networking opportunities” in Juarez and El Paso, Gris says. The Hub provided the fledgling company with coworking space and a platform to share and demonstrate its research, technical achievements and software products to the community.

Beacon Hill VR also received guidance on applying for grants and introductions to other developers and tech startups in the area, Gris says. On the business side, the incubator both introduced the entrepreneurs to potential investors and helped them prepare for pitching.

“There’s great value in the serendipitous conversations that happen in a place like the Hub,” Martinez-Vela says. One such interaction led the Hub and Beacon Hill VR partnership to create an outreach program and mixed-reality lab for students, entrepreneurs and small businesses — an idea that grew out of a conversation about emerging educational programs at top-tier universities that incorporate virtual reality and augmented reality, he says.

Together, the company and its incubator developed an initiative to provide the community with access to high-end augmented- and virtual-reality devices as well as a series of open, online courses to help new developers or potential users learn and adopt the technology. It will provide a space for software developers to learn and test holographic applications, and allow small and medium-sized businesses to try out the technology for training, simulation or product design. It’s also a way to identify and develop talent in augmented and virtual reality, “an emerging field where experts and developers are difficult to find,” Martinez-Vela says.

The Hub received a $10,000 grant for the project from Microsoft, which recently opened a community engagement office in El Paso. The incubator made a matching contribution through the use of space and staff time.

“Entrepreneurs who are serious about growing or starting their business should definitely seek an incubator,” Gris says. “Although the incubator by itself will not replace the hard work behind any successful business launch, it will help by suggesting people, mentors, investors, educational materials, events, grants and many other opportunities.”

An incubator’s performance should be measured by the success of the companies it cultivates.

ATI’s Jacobson says an incubator’s performance should be measured by the success of the companies it cultivates, including their job creation, economic impact and ability to stay in business, go public or be acquired. The 120 companies ATI has assisted have raised more than $1.3 billion from investors and created more than a thousand jobs. All but 18 have “graduated,” moving into the broader business world. Nine went public and 14 were acquired by other companies.

The Hub in El Paso tracks the number of companies and entrepreneurs it has helped, how many remain in business and their revenues and payroll, says Martinez-Vela. As of mid-December 2018, the organization had helped 71 companies and entrepreneurs, and at that point 40 to 50 were still in business. It also had 14 active member companies, most of them in the early stages. In the quarter ending Sept. 30, 2018, Hub member companies reported revenues totaling $277,000.

“Innovation and entrepreneurship are long-term endeavors,” Martinez-Vela says. “By creating a supportive environment and a community, we increase the likelihood of survival and success, but we can’t guarantee it. It’s a fact that the majority of startups fail, and that is the nature of the ebbs and flows of a free-market economy.” FN