When Texas Comptroller Glenn Hegar took office in 2015, contract mismanagement at other state agencies was in the headlines and reform was on the Legislature’s agenda. Because the Comptroller’s office has significant state procurement and contracting responsibilities, Hegar quickly launched reforms at the agency to better ensure accountability and the best value for Texas taxpayers.

The Comptroller’s office has two contracting groups. Contract Administration and Procurement (CAP), within the Agency Administration Division, is responsible for contracts developed for the agency itself. The agency’s Statewide Procurement Division (SPD) is one of two central procurement authorities for all of Texas state government.

To strengthen executive oversight, Hegar placed most of the Comptroller’s contracting functions under a respected agency veteran, Associate Deputy Comptroller Robert Wood. Wood’s mission: to make systemic changes in a fragmented contracting process to minimize risk and build a culture of communication and teamwork, with the aim of fixing any problems early and allowing taxpayers to benefit from the savings and efficiencies.

These are long-term goals, but early wins allowed the agency to carry out legislatively required reforms in 2015 and subsequent years and to go beyond statutory requirements in addressing the agency’s unique responsibilities.

The agency made its procurement system more user-friendly, embarked on major automation projects and emphasized coaching and communication.

The agency also has made its procurement system more user-friendly, embarked on major automation projects and emphasized coaching and communication. These changes have allowed the Comptroller’s office to make more efficient and effective decisions on contracts and procurement.

The effort remade a culture in which staffers were siloed in their program areas, sometimes focused on keeping contracts moving rather than acknowledging and addressing their problems. Wood aimed instead at an approach like the “after-action report” he saw at a military exercise involving troops from Fort Hood. After a mock battle, leaders and their troops bypassed excuses and blame to focus on what went right, what went wrong and how to avoid problems.

This more agile approach has paid off. Comptroller’s staff pivoted, for example, after entering into negotiations for a major contract and then realizing the vendor wasn’t the best fit. After consulting with Lisa Craven — the agency’s deputy comptroller, chief clerk and chief of staff — key stakeholders agreed to open negotiations with another vendor. It took time in the short term, but managers believe it yielded long-term best value to the agency.

Contracts for the Comptroller …

Many of these reforms affected contracts awarded by the Comptroller’s office for the goods and services it needs for its own functions, a responsibility handled by CAP. In fiscal 2020, CAP issued purchase orders worth more than $110 million (Exhibit 1); procurements for information technology accounted for almost $90 million, or 80 percent of the total. (A purchase order authorizes the purchase of goods and services and sets forth the essential terms of the purchase, such as price and quantity.)

As of late January, the section was monitoring 1,486 separate contracts held by various elements of the Comptroller’s office.

When Comptroller Hegar took office, the agency didn’t have a central group responsible for establishing broad internal contracting policies, auditing compliance or providing information about risk and vendor performance to agency executives. As a result, the buck tended to stop at the top on every detail, overloading the executive team with routine decisions. Without effective workflow, the fiscal year’s end often found the deputy comptroller waiting until late at night to approve contracts poised to expire.

While the Comptroller’s team examined agency processes, lawmakers in 2015 approved state contracting legislation aimed at transparency, accountability and the assurance of competition. Additional legislative requirements followed in 2017 and 2019.

In 2015, lawmakers approved state contracting legislation aimed at transparency, accountability and the assurance of competition. Additional legislative requirements followed in 2017 and 2019.

The Comptroller’s office carried out these legislative requirements and went beyond them. CAP developed an agency-specific risk model to define contracts as high, medium or low risk based on factors including their value, complexity and profile and whether they represent routine expenditures or new initiatives.

Comptroller executives now focus on key decision points in contracts, allowing routine matters to be handled below the executive level. A core stakeholders’ group formed within the agency now provides a structure for senior staff to meet to identify and address issues as needed.

Vendor accountability also has been strengthened. Under the reform legislation, vendors can be required to repay funds to the state, and under new Comptroller procedures, vendors’ contract provisions are scrutinized more closely.

… And for the Other Agencies

SPD and the Texas Department of Information Resources (DIR) share statewide authority for major contracts. DIR is responsible for those related to information technology and telecommunications, while SPD develops and manages contracts for all other goods and services purchased for the state. As such, it manages contracts for everything from state troopers’ hats to the food served in prisons.

SPD contract values have declined in recent years due to various legislative changes, such as the shift of purchasing authority for highway materials to the Texas Department of Transportation. Even so, SPD’s contracts were worth about $740 million in fiscal 2020 (Exhibit 2). 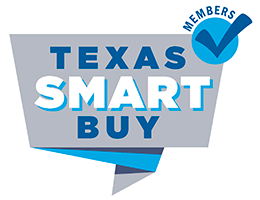 SPD also maintains a portfolio of standardized contracts used by individual state agencies and local governments. The division serves local entities, including cities, through its Texas SmartBuy Membership Program, a cooperative allowing members to share in the benefit of the state’s large-volume buying power by taking advantage of pre-established statewide contracts. Through SPD’s Texas Multiple Award Schedule (TXMAS) Program, state agencies and Texas SmartBuy members also can access a broad portfolio of existing, competitively procured contracts issued by the federal government and other governmental entities with terms and conditions added to comply with Texas law.

Like CAP, SPD has implemented important reforms in recent years. SPD overhauled the statewide training and certification process for purchasers and contract managers, gearing it specifically toward state requirements and yielding an increase in certifications. SPD staff members have forged strong relationships with customer agencies so they’re comfortable seeking guidance.

Texas SmartBuy allows members to share in the benefit of the state’s buying power by taking advantage of pre-established statewide contracts.

The division also increased its focus on data analytics to help analyze the use of existing statewide contracts, revising them to more closely align with agencies’ needs and identifying in-demand goods or services for which new statewide contracts should be established. The Vendor Performance Tracking System also was revamped, replacing an older system that was difficult to navigate.

Division improvements sometimes come about during times of crisis. SPD is accustomed, for example, to buying items such as evacuation buses before hurricanes; purchasing personal protective equipment to keep health care workers safe was a new challenge accomplished in a telework environment due to the COVID-19 pandemic.

Both CAP and SPD have undertaken ambitious efforts to increase automation. 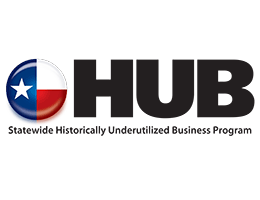 SPD is collaborating with a company, Procurated, to make Texas vendor performance records available nationwide, and has contracted with software firm B2Gnow to move the state’s Historically Underutilized Business (HUB) certification program online in 2021. HUBs must be at least 51 percent owned by a minority member, woman or service-disabled veteran; the program is meant to ensure certified HUBs have a fair chance at winning state contracts.

Systemwide improvement of the contracting process is ongoing at the Comptroller’s office, since the growth of the state means government is working with more businesses and individuals who need or offer services.

“If you look at how we did it before, we weren’t that bad. We’ve just gotten a lot better,” Wood says. “All of this communication now allows us to do things much more efficiently, and with better teamwork. And we’re going to keep improving.” FN