In summer 2018, Texas began operating the nation’s only state-run bullion depository, a highly secure, government-backed storage facility comparable to the U.S. Bullion Depository in Fort Knox, Kentucky, which holds federal gold reserves. Now the Texas Bullion Depository (TxBD), which experienced a surge of deposits during the earlier phases of the global coronavirus pandemic, aims to provide its services to a wider range of clientele and make lasting impacts that extend well beyond the Texas border.

The 84th Texas Legislature created TxBD in 2015 to provide Texans with a safe and secure place to store precious metals. Members discussed concerns about assets owned by Texas universities at the time, which were stored in other states. When TxBD was preparing to launch in 2017, officials declared it would be an alternative to depositories located primarily in and around New York for precious metal owners seeking a storage vault. That’s still true, but since then, TxBD has matured in important ways.

BULLION is any item that obtains value based on its precious metal content — it most commonly refers to gold, silver, platinum and palladium (a soft metal resembling platinum) formed into uniform shapes, such as bars or ingots; precious metals also can take the form of coins, known as specie.

A 40,000-square-foot facility for TxBD was constructed on 10 acres in Leander, Texas, just north of Austin. The new purpose-built facility, which was completed in January 2020, replaced TxBD’s temporary location in north Austin.

The Legislature did not initially appropriate funds for TxBD. Rather, the state entered into a profit-sharing agreement with a private investment company, Lone Star Tangible Assets (LSTA), under which LSTA paid the costs to construct the facility, as well as the costs to operate TxBD. The number of employees — from customer service representatives to security personnel — dedicated to TxBD is 47. All but a few are employed by LSTA. Macy Douglas, director of treasury operations at the Comptroller’s office, acts as depository administrator.

The new facility has two storage options: a Class III vault (the highest security level) that can hold up to 12 million ounces of gold, platinum or palladium, and a highly secure storage area that can hold more than 17.5 million ounces of silver. LSTA President Matt Ferris says silver is not stored in Class III vaults because it takes up more space than gold. “A shoebox full of gold bars is worth millions, compared to a truckload of silver that might be worth $600K,” says Ferris.

During the regular legislative session that ended in May, the 87th Legislature authorized the Texas Public Finance Authority and the Bond Review Board to sell and issue bonds to finance the Comptroller’s acquisition of the facility from LSTA if the company decides to sell. This legislation seeks to address the long-term needs of TxBD by preserving the state’s access to a purpose-built facility — essential for depository operations.

In the world of financial trading, stock markets may readily come to mind. Arguably more activity occurs daily in the commodities exchange market. Food is one common class of commodities trading. Billions of dollars in agricultural products, ranging from coffee to beef, are traded daily in commodity exchange markets, which help set prices for consumers.

Commodities trading also includes metals, which hold both industrial and economic value. One of the largest exchanges in the U.S. for metals trading, COMEX — which originally stood for Commodity Exchange Inc. when it was founded in 1933 — operates in New York. COMEX licenses seven depository vaults in New York City and two vaults in Delaware. (A COMEX rule states that depositories must be located within a 150-mile radius of New York City.)

“A shoebox full of gold bars is worth millions, compared to a truckload of silver that might be worth $600K.”
— Matt Ferris

LIQUIDITY Financial liquidity allows an asset to be quickly converted into cash with minimal costs incurred. At the household level, the most liquid assets are checking and savings accounts, which easily can be converted to cash to pay bills and other obligations. A house is an asset with less liquidity because it generally takes time to sell it and convert its value to cash. For financial institutions, notably banks, liquid assets often include central bank reserves and government bonds. According to the Federal Deposit Insurance Corporation (FDIC), “liquidity is essential in all banks to meet customer withdrawals, compensate for balance sheet fluctuations, and provide funds for growth.”

Sources: Board of Governors of the Federal Reserve System and FDIC

The state of Texas currently does not own any bullion. The University of Texas and Texas A&M systems owned more than $860 million in gold when TxBD started, but those assets have since been liquidated.

But it’s not only state-owned bullion that can be stored at TxBD. All U.S. citizens and residents, including businesses, trusts and estates, are eligible to apply for a TxBD account to deposit bullion for safekeeping. (TxBD does not require applicants to reside in Texas to qualify for an account.) As of June 2021, nearly 1,000 account holders had deposits at TxBD, with the average account valued at approximately $140,000, Douglas says. And in 2019, the Texas Legislature passed and Texas voters approved a constitutional amendment allowing the state to exempt all precious metals stored at TxBD from property taxation.

The coronavirus pandemic prompted a surge in deposits at TxBD: From September 2019 to February 2020, total deposits increased by $12 million (42 percent). In the following six months, however, from March 2020 to August 2020, total deposits increased by $52 million (129 percent). Since September 2019, the largest month-over-month increases in deposits occurred at the beginning of the pandemic, in April 2020 and May 2020. As of June 2021, the total value of all deposits at TxBD was about $129 million (Exhibit 1).

In the long term, TxBD seeks to expand its customer base and partner with banking institutions to provide COMEX-level liquidity needed to serve larger investors.

The majority of global demand for gold stems from its use as a precious metal in jewelry, private investments and bank holdings (Exhibit 2). By comparison, Ferris says most silver is used for industrial purposes, such as electronics manufacturing.

Historically, much of the world’s gold supply has been used for jewelry. The World Gold Council estimates that from 2010 to 2019, jewelry was the largest demand sector, peaking at nearly 60 percent of total demand in 2013.

Note: Table does not include data for industrial demand sectors, including electronics and dentistry.
Source: World Gold Council

Central banks and other institutions purchased more gold bullion following the 2008 financial crisis, and demand peaked at more than 15 percent in 2019, up from only 2 percent in 2010.

In 2020, the gold market experienced a major shift: Total gold demand decreased by 9 percent, compared with demand in 2010, but investment demand increased by 11 percent — and surpassed jewelry demand for the first time (Exhibit 3).

Note: Table does not include data for industrial demand sectors, including electronics and dentistry.
Source: World Gold Council

A new vault facility and an uptick in deposits have put TxBD on the precious metals map, and more advancements are in the works. The TxBD currently is pursuing authorization from the Internal Revenue Service to serve as a nonbank custodian for self-directed individual retirement accounts, or SDIRAs. This is a variation of a traditional or Roth individual retirement account (IRA), in which an account holder can deposit alternative investments, such as bullion, that normally are excluded from IRAs.

In addition, TxBD is seeking membership in the Intercontinental Exchange, a major commodities platform operator that would provide TxBD with the electronic infrastructure necessary to participate more readily in the global metals trading market. The TxBD also plans to provide bullion storage options to international customers. Together, these advancements would give TxBD a global footprint. FN 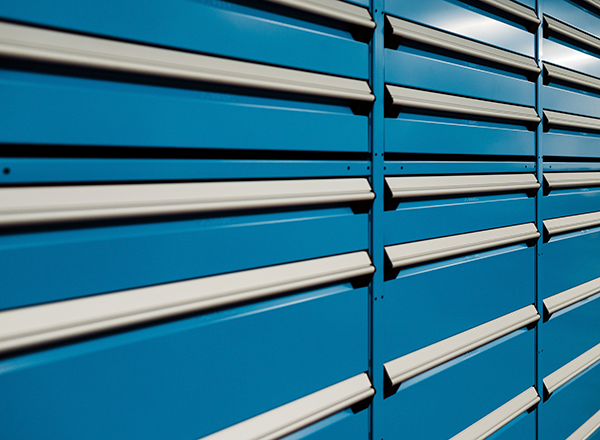 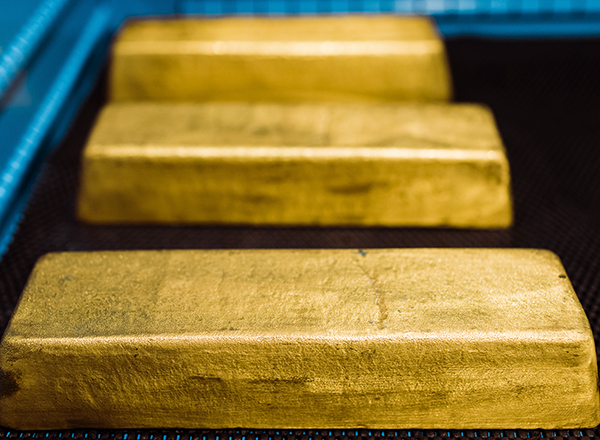 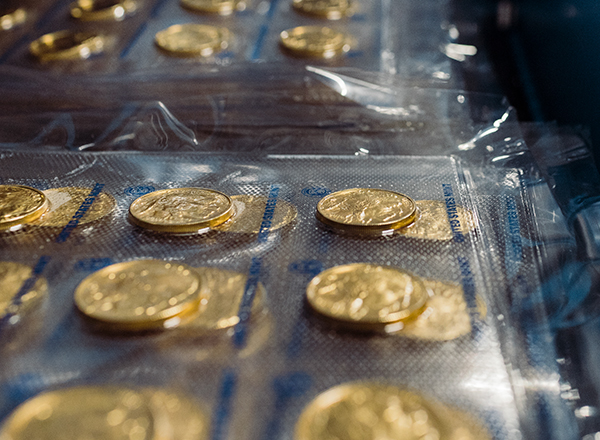 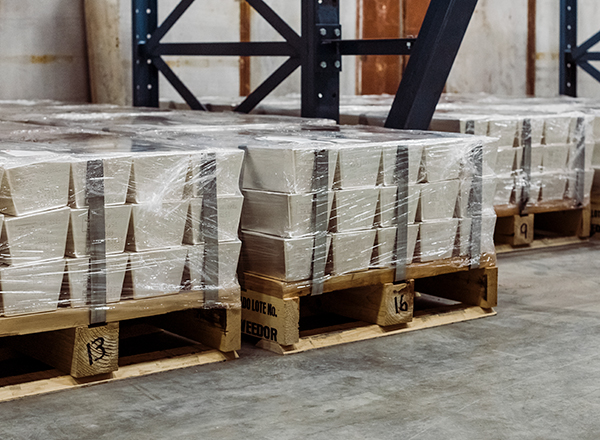 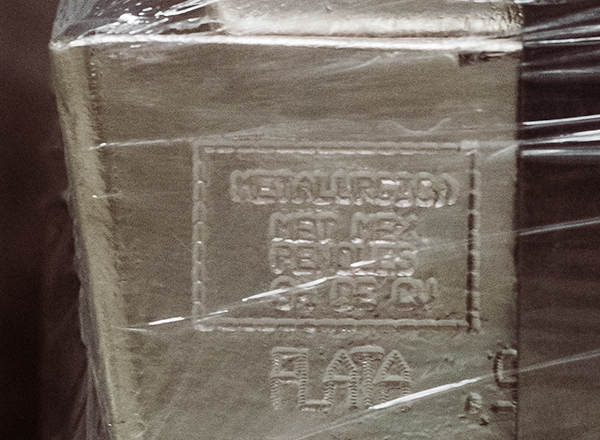 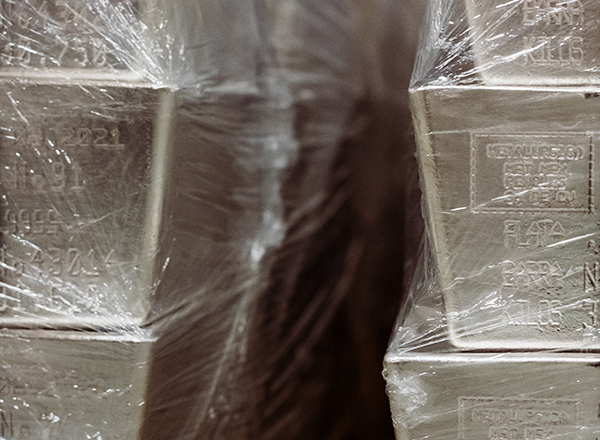 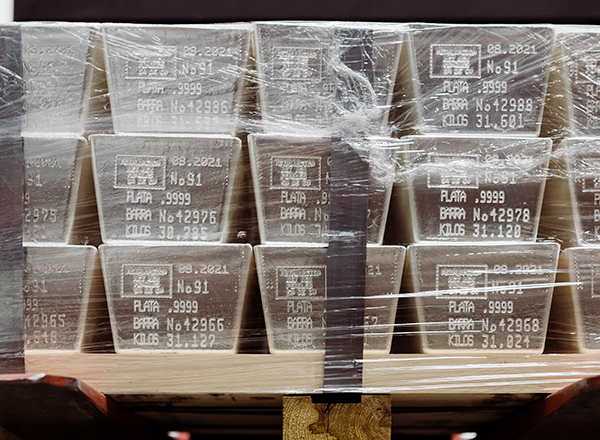 Explore the only state-run bullion depository in the United States by visiting the TxBD’s website, and then watch former U.S. Mint Director Ed Moy discuss his account at TxBD, “cold storage” and the American dream.