Why it Counts: A Closer Look at the Biennial Revenue Estimate

Under its constitution and laws, Texas state government cannot spend more than it receives. Each Legislature, then, must craft a state budget that does not exceed available revenues. The Comptroller produces an estimate of these revenues called the Biennial Revenue Estimate, or BRE.

Our Estimate by the Numbers.

Added to this are:
General Revenue Collections: $110.4 billion.
(Generally, these are revenues not dedicated by state law to a specific purpose, such as highway construction or education.)

From this amount, we subtract two sums.

Transfers to Economic Stabilization Fund: $2.5 billion.
(Each year, the state puts away some funding for future purposes; this is often called the “Rainy Day Fund.”)

This leaves revenue available for general-purpose spending of $113 billion.
(Again, these are generally revenues not dedicated by law to specific purposes.)

The Comptroller’s office issues the BRE at the beginning of every legislative session. The estimate tells lawmakers how much they can spend in the next state budget, which in turn affects every Texan.

Where Do General Revenue-Related Funds Come from?

More than half of Texas state government’s general-revenue-related funds for the 2016-2017 biennium will come from the state’s sales tax. Other taxes will make up a third of these funds, while revenue from other sources, such as fees and investments, will account for 11.5 percent of the total.

* Totals do not sum due to rounding, 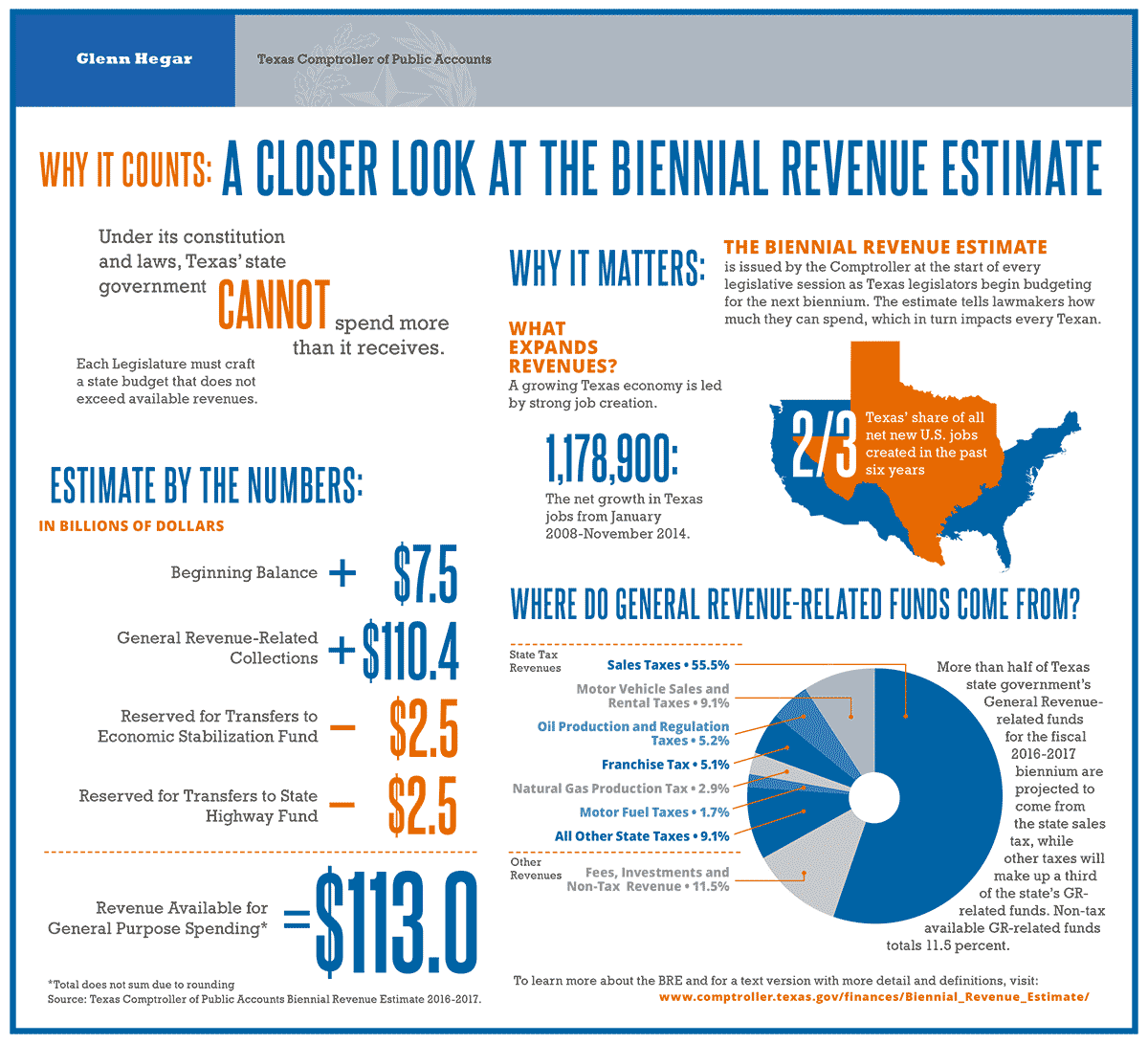