Upon taking office, he reorganized the agency for quicker and more effective decision-making and reduced its administrative footprint by working with the Legislature to eliminate inefficient programs and transfer others that didn’t fit core missions. Additionally, the Comptroller recommended that the Legislature repeal eight taxes, six of which were administered by his agency.

Hegar is focused on his agency's constitutional duties and committed to improving its customer service and transparency. He believes a less-burdensome tax system will foster a better environment for job creation and business expansion, and thus a healthier Texas economy.

As CFO for the world's ninth-largest economy, Hegar monitors Texas' financial health to ensure it maintains strong fund balances. During his term in office, he has emerged as a passionate advocate for conservative financial management and fiscal transparency at all levels of government. Among other initiatives, Hegar founded the "Transparency Stars" program, which recognizes Texas local governments that provide the public with detailed information on various aspects of their finances.

Hegar has worked hard to bring public and legislative attention to long-term financial obligations facing the state, such as health care coverage for public school teachers and employees, infrastructure maintenance and state employee pensions — needs that have caused major financial difficulties in other states. These obligations rarely receive adequate attention in the give-and-take of Texas' biennial legislative budgeting process, and the longer the state waits to address them, the greater their ultimate costs will be to Texas taxpayers.

To avoid potential risks to the health of the state's finances and the maintenance of its triple-A credit rating, Hegar is recommending a more prudent and fiscally responsible approach to managing the state's $11 billion Economic Stabilization Fund — the "rainy day fund" — to create a Texas Legacy Fund, a permanent endowment for the state that would earn investment income to begin paying down Texas' long-term obligations.

Hegar guided the formation of the nation's first state-administered precious metals depository, which began accepting deposits of precious metals on June 6, 2018. Hegar forged a unique public-private partnership with a Texas-based company to create a depository offering state-of-the-art security features and top-flight customer service at no cost to the state.

Before his election as Texas Comptroller, Hegar served in the Texas House of Representatives and Texas Senate, where he worked on a wide range of common-sense solutions to problems affecting Texans in areas such as public education, transportation, tax reform, government transparency, Second Amendment rights, water issues and tort reform. As chair of the Sunset Advisory Commission, Hegar eliminated inefficiencies in state agencies and abolished six, saving Texas taxpayers more than $160 million. In his last session as a state senator, Hegar oversaw state and local revenue matters and helped cut $1 billion worth of taxes.

Hegar is a sixth-generation Texan who grew up farming land that has been in his family since the mid-1800s. His upbringing taught him the core values of hard work, honesty and integrity — the same values he and his wife Dara work to instill in their three teenagers, Claire, Julia and Jonah. His most important title throughout his years of service is the one closest to home: Dad! 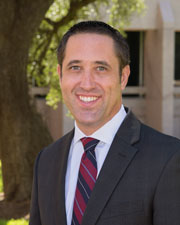