No Need to Borrow to Meet Cash-Flow Needs 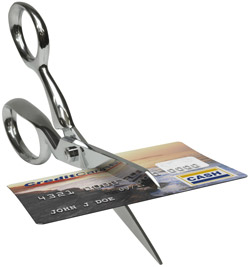 If there's ever been an 18-year-old in your life, you know that credit card invitations start hitting the mailbox right around that magic birthday. And you know one of the first lessons an 18-year-old needs to learn is not to borrow when you don't have to.

It's good advice for anyone, really, and especially for government. And I'm happy to report that for 2016, we'll avoid what's been an annual ritual for nearly three decades, the issuance of Tax and Revenue Anticipation Notes (TRANs).

My office has issued these short-term debt instruments to counter temporary cash-flow problems each year since 1986. The main reason is school finance. The state makes nearly half of its multi-billion-dollar payment to public schools in the first quarter of the fiscal year, before most of the year's tax revenue has been collected. TRANs help us keep the state's books in the black until more tax revenues flow in.

State law allows us to borrow from our own accounts for this purpose, rather than from the private securities market. And right now, we have more than $6 billion in general revenue and about $8.5 billion in the state's Economic Stabilization Fund (the "Rainy Day Fund"). We can put this money to work for the taxpayers and repay the funds we borrow with state revenues as they're received.

Texas' credit ratings are very high. But just because we can borrow doesn't mean that we should, not when we can manage our own finances without sending interest payments out of state. It's fiscally responsible. It's what families do every day. And it's what Texas will do this year.