As you probably know, our agency’s duties include tracking the Texas economy and the revenues that support our state government. I’d like to report on two recent events that concern both. 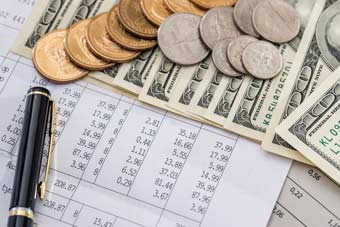 First, on July 11, we released a new Certification Revenue Estimate (CRE). One of our agency’s most important duties is estimating the amount of revenue that will be available to the Legislature over each two-year budget period. We prepare the Biennial Revenue Estimate (BRE) before each regular session and, after the session, we follow up with a CRE that updates the BRE to reflect the effects of new laws and any economic changes that have occurred in the intervening months.

When I took office, I pledged to keep lawmakers and the taxpayers of our state informed on our economy and the state revenue on which it depends. That’s why, on July 11, we updated the CRE estimates. As we prepared to provide the updated estimate, I was surprised to learn that this would be the first time in 30 years this agency has updated a CRE for a reason other than a legislative session - since Bob Bullock held my job.

The update was prompted by unexpectedly strong economic growth. Both the state and national economies are expanding rapidly, and in Texas rising energy prices and production have given us a further boost. The state’s tax collections through June are up by nearly 12 percent compared to last year, while oil and natural gas tax collections have risen by more than 50 percent. Our unemployment is at historical lows. Texas’ conservative fiscal policy has helped the state economy create hundreds of thousands of new jobs.

The new CRE reflects this trend. We now expect the Texas economy to grow by 4.5 percent in fiscal 2018 and 4.2 percent in fiscal 2019. That’s up from 3.7 percent and 3.2 percent, respectively, in our October 2017 CRE. We also raised our estimate of the revenues available for general spending in the current budget period, from $107.3 billion to nearly $110.2 billion. That’s enough to support the Legislature’s 2018-19 budget with an ending balance of nearly $2.7 billion. We also estimate that the state’s “rainy day fund” will contain nearly $12 billion at the end of fiscal 2019, the largest ending balance in its history.

Of course, any forecast is an educated guess, and we’ll continue to look for events that could change the picture, such as another downturn in energy prices or disruptions in international trade.

Another potential game-changer, however, just came from the federal courts. A U.S. Supreme Court decision, South Dakota v. Wayfair, Inc., overturned decades of American case law holding that states couldn’t require vendors without a physical presence, called a “nexus,” in their jurisdictions to collect sales taxes. Obviously, in the era of Wayfair, Overstock.com and thousands of other online sellers, this ruling could have significant implications for the retail industry — and for state and local governments that depend on sales taxes for a large portion of their revenues.

In Texas, at least, it won’t have the large fiscal effects it might have had before many of the country’s largest and fastest-growing online retailers began collecting our sales taxes. But it’s obviously a turning point for sales taxation.

We’ve begun updating all rules applicable to the decision, to make the transition as smooth as possible for the retail industry. We want to avoid placing undue burdens on out-of-state sellers, and we won’t be making any retroactive applications of the new law.

To see what issues the Legislature will need to address next January, we’re discussing the implications of the Wayfair ruling with the state leadership and legislative members.